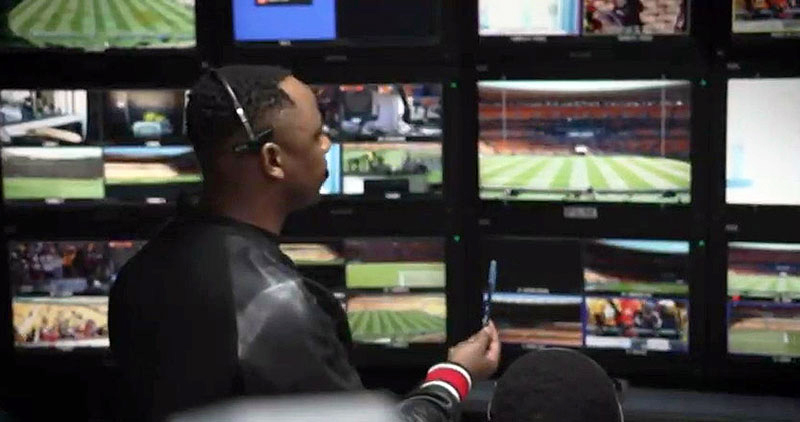 MultiChoice, operator of Africa’s sports broadcaster SuperSport, took UHD channels to air for the first time using a hybrid SDI-IP playout and infrastructure foundation to deliver their coverage of the championship football tournament in Qatar to fans.

As an existing user of Imagine Communications playout and automation systems, MultiChoice added two UHD channels based on the Versio integrated Playout platform. Their playout centre was already delivering 32 channels from a Versio architecture, built with full N+N redundancy to make sure their channel operations are robust and secure. The two new channels for the Qatar project are built with the same redundancy.

While the existing system is mainly used for HD playout, the Versio IOX storage network that supports it is able to scale to accommodate the extra bandwidth needed for UHD applications without affecting existing media or interrupting on-air operations.

“We have worked with Imagine Communications for many years and are familiar with their playout and automation architectures,” said Julian Ankiah, Head of Technology Engineering & Support at MultiChoice. “Working with Concilium, Imagine’s partner in South Africa, we integrated UHD for the World Cup into our existing playout centre with minimal disruption to existing operations. We have also maintained the flexibility and quality that our audience expects.”

Gerdus Van Eerden, Group Chief Technology Officer at MultiChoice, also noted that these new UHD channels are in effect leading the way for the team, as they are part of a rolling redevelopment program in which all of their outputs will eventually move to IP operation.

The new channels support SMPTE ST 2110 IP inputs at 4K, 50fps and HLG BT 2020 HDR from the host broadcaster. These are switched directly in the Versio platform with stored content in SDR and HDR, at 25 and 50 fps. Audio is input as raw PCM (ST 2110-30) converted from analogue, and output as PCM or Dolby (SMPTE ST 2110-31), with track shuffling as required, source substitution and Dolby up-mixing. 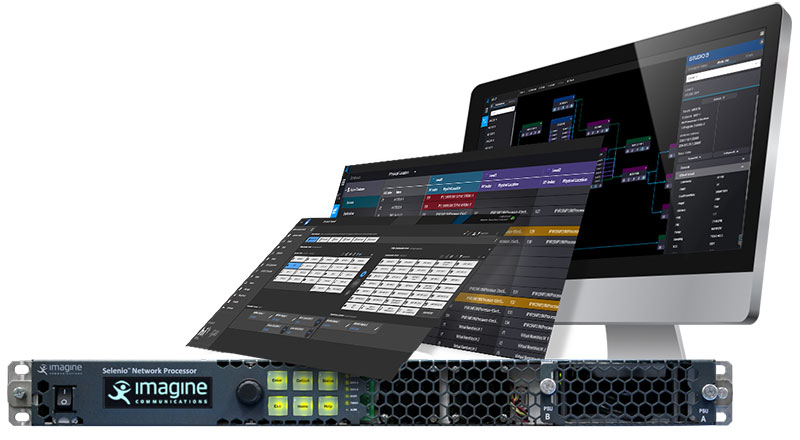 A dedicated UHD workstation was configured to produce offline graphics for the duration of the event to alleviate impact on the existing playout operation. The whole sub-system runs on COTS hardware on site in Johannesburg.

Imagine Selenio Network Processors (SNP) serve as the IP/SDI interfaces and carry out other video and audio processing, operating under the control of the Magellan Control System for IP/SDI routing and monitoring. Combined with Magellan, MultiChoice can use the SNP to transition efficiently to UHD and HDR workflows over this kind of COTS-based, IP networking fabric.

The new UHD channels are under the control of Imagine D-Series playout automation, which is integrated into the existing playout management system and is familiar to the operators. This factor is critical because it also integrates with MultiChoice’s advertising management and traffic system, which uses Imagine Landmark Sales and Landmark Rights and Scheduling software. MultiChoice needs to take as much advantage of revenue opportunities as possible during such a heavy viewing period.

“MultiChoice is a large, complex operation serving, among others, the sports market, which depends on delivering a flawless viewing experience for its audience,” remarked Mathias Eckert, SVP & GM EMEA and APAC at Imagine Communications. “By using components from across our portfolio, this project plays to our strengths – from automation and playout to network infrastructure and advertising systems – and giving us the chance to support the delivery and monetisation of these premium UHD channels during this global tournament.”

Thinking of the longer term, he also said, “MultiChoice already rely on our integrated solutions, and have been working with us for some time to transition their operations at their pace. The additional redundant channels we implemented for the tournament fit smoothly into their existing infrastructure and will be a key part of their operations in the future. It allows MultiChoice to maximize its capital investment while taking a valuable step forward."  www.imaginecommunications.com