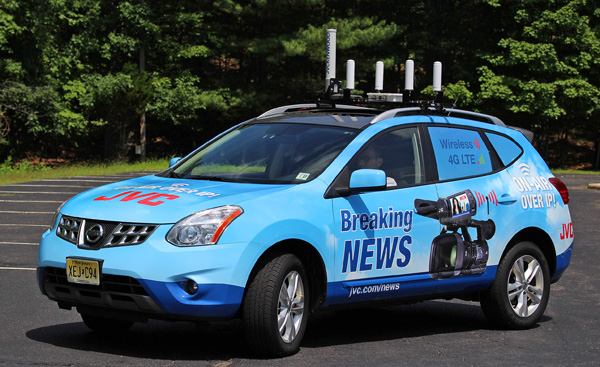 JVC has developed a new ProHD Wireless Bridge video-over-IP system for multi-camera live broadcasts that can exceed the performance of many existing bonded systems. Compatible with JVC’s ProHD and 4KCAM streaming cameras, the system was built for broadcasts that require high reliability and camera mobility, and comprises several modules depending on the user’s configuration.

Each camera in the system needs to be equipped with a WB-MCA100 camera adaptor with a transceiver module, which plugs directly into the camera’s USB connector and operates up to 2,000ft from a vehicle-mounted base station. Handheld JVC streaming cameras can also be used with the bridge when matched to a smaller radio module, which has a 400ft range. 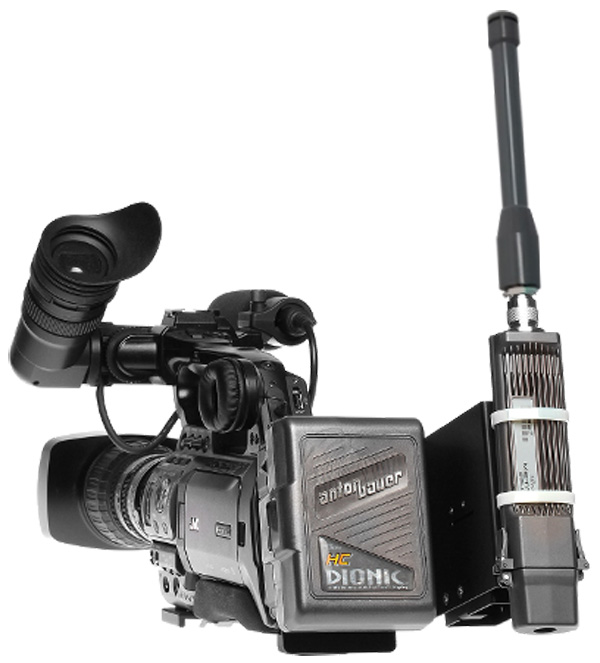 Due to JVC cameras’ integrated encoders with Zixi error correction and variable bit rate control, remote broadcasting originates from the camera. The encoder allows the camera operator to monitor connection and outgoing stream quality status through the viewfinder.

Mounted on the vehicle, the system’s WB-CELL200 cellular uplink with high-gain antenna array aggregates signals from two mobile carriers. Consequently, the vehicle becomes a remote broadcasting hub that receives signals from the field cameras and creates a virtual private network or VPN, which can securely transmit camera signals and act as a high-speed mobile hotspot for field staff. A mobile access point WB-MAP100 with a separate high-gain omni-directional antenna receives signals from cameras and delivers them to the cellular uplink. All electronics and antennas are pre-mounted to the roof assembly, and are IP67 rated for operation in harsh mobile environments.

At the facility, the BPL-380 router aggregates up to 20 cellular uplinks, which means a broadcaster could conceivably equip all its fleet vehicles with ProHD Wireless Bridge systems and direct them to a single IP address. When combined with the BR-800 Broadcaster and BR-DE800 ProHD decoder, the ProHD Wireless Bridge becomes part of a reliable mobile back haul system – that is, using wireless communications systems in a network to move data from the field staff to the facility.

JVC says that the system’s efficiency comes from deploying the antenna array on the vehicle’s mobile uplink in a diversity pattern similar to the kind used for environments with no clear line of sight between transmitter and receiver. In this case the signal is reflected along multiple paths before finally being received - if one antenna is experiencing a deep fade, it is likely that another has a sufficient signal, achieving a significantly better download and upload bandwidth.

The array can also operate with a much lower signal than the built-in antennas of USB modems. The camera operators also don’t need to carry extra equipment because the transceiver module plugs directly into the camera.