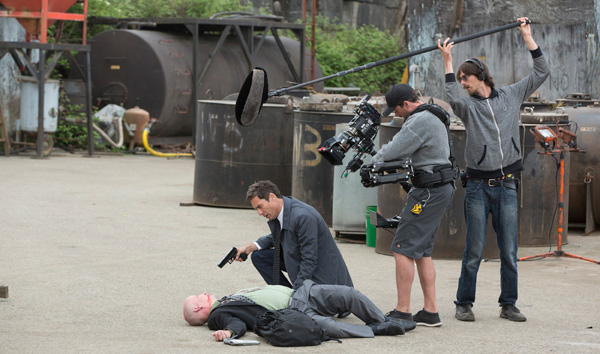 New science fiction series ‘Travelers’ premiered on Netflix on 23 December in 4K UHD. Director of photography Neville Kidd talks about creating and capturing the show’s gritty, authentic look on the Dragon S35 sensor with Cooke 5/i and S4/i lenses.

‘Travelers’ is set in the present day as the last surviving humans from hundreds of years in the future discover how to send their consciousness back through time, into people of the 21st century. These five ‘travellers’ assume the lives of those people just before they die, and attempt to save humanity from a terrible future. The ‘Travelers’ official trailer can be seen here.

Neville Kidd handled the show’s lighting and cinematography with care, responsible for its overall signature look and those of its special characters. He has given each of the five travellers a look not only to help define the persona they have acquired, but also to slightly alienate them from the world around them. “It’s a subtle way of telling the audience what this character is like and setting the mood of the person,” said Neville. 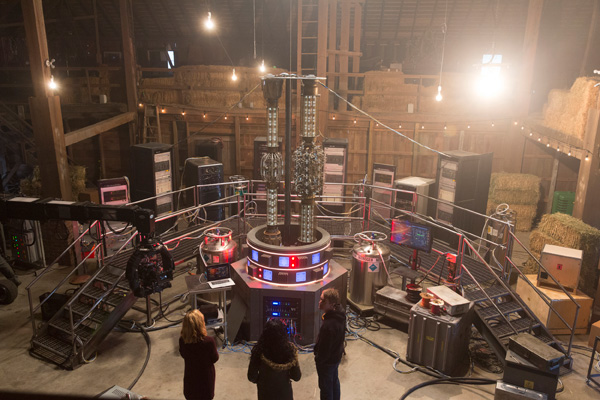 Neville has been using Cooke lenses for shooting drama for a long time. “There’s no other glass available that gives such a cinematic image,” he said. In 2014, he won the Primetime Emmy Award for Outstanding Cinematography for a Miniseries or Movie for the ‘Sherlock’ episode ‘His Last Vow’, shot with Cooke 5/i primes. In December 2016, he was nominated for the American Society of Cinematographers’ Outstanding Achievement Award in the category of Regular Series for Non-Commercial Television for the TV series ‘Outlander’, shot with Cooke S4/i prime lenses.

“I wanted to capture the characters in ‘Travelers’ in a way that disconnected them from their surroundings to help the audience think about each one and what they might be thinking and feeling. We started production in Vancouver on 19 April, and from day one, I shot the characters fully open with fast lenses, producing a shallow depth of field so they would appear as if they didn’t quite belong in the scene,” said Neville. 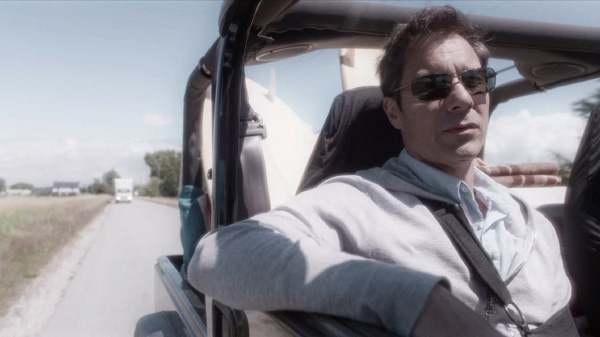 Shooting with the shutter wide open on such a fast paced drama was at times a challenge, especially for the focus pullers, who needed to keep the subjects in focus at all times as the action stepped up. But Neville finds it’s worth the extra effort for the special look it gives the characters. Meanwhile, wide lenses were used when the camera was showing what they were seeing as they looked around. Viewers needed to remember that the future world the travellers come from has changed – as if being reborn, they experience joy and wonder at seeing the world as it was in the past, but isn’t any longer.

“I wanted a somewhat gritty look with a European flavour,” he said. “By combining how I light and see the world with the ‘Cooke Look’ from the lenses, I captured a more naturalistic image. That’s important as ‘Travelers’ is mostly set in a contemporary world and needs to feel authentic to the viewer.” Though it wasn’t a natural situation he was depicting, he wasn’t interested in a sci-fi or stylized environment. In fact he wanted a natural, believable world that viewers would not question, that looks like their world. Neville decided the best way to create and control the look was with a combination of lenses, set lighting and the grade. 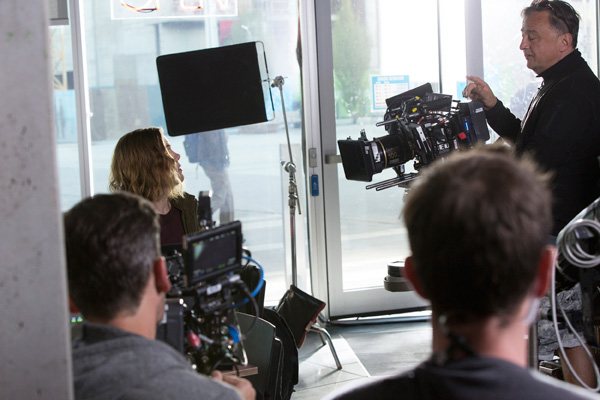 About half the time the production was shooting in the studio, and the rest out at locations in Vancouver. In each case Neville would set up the lighting deliberately, using whatever lights it took to create that look – ambient lighting plus HMI fixtures, LEDs or combinations. The crew included two camera operators, Robin Smith and Will Waring, who also did some directing. For the grade he was fortunate to have the opportunity to work directly with the colourist Thor Roos at Encore Hollywood.

After creating the look for the show, Neville shot the first three episodes of season one before turning the remaining nine episodes over to Stephen Jackson, who has been DP for four seasons of ‘Once Upon a Time’. The two DPs know each other well and talked over the look to aim for and the equipment Neville was using.

‘Travelers’ will have exclusive international rights everywhere except in Canada, where it started airing earlier in December on Showcase, ahead of the Netflix release. www.cookeoptics.com