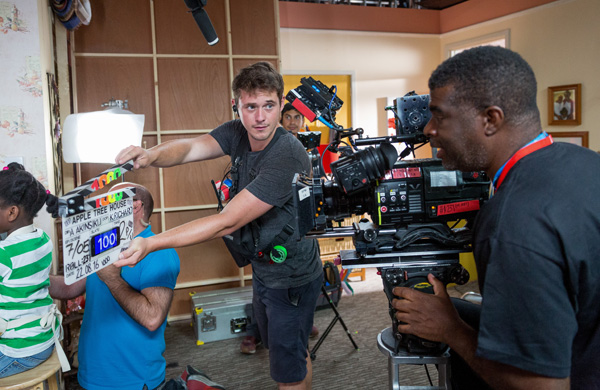 Apple Tree House, a production for CBeebies, is a new TV series for small children under age six that combines live action and animation. The shoot for the thirty 15-minute episodes was led by director of photography Kelvin Richard, who captured the live-action sequences in ProRes 422 and 4K on the Panasonic VariCam 35, supplied by 24-7 Drama in London.

The story’s main character Mali is a boy whose family has just immigrated to the UK and moved into an inner city estate in London where he and his new friends overcome childhood dilemmas together and solve problems, with various messages about life to engage a young audience.

One reason the production chose the Varicam is that the animators working on the show needed high quality images for the live action/animation transition scenes. Because the VariCam can record in true 4K, the video required relatively little processing in post-production to clean up. 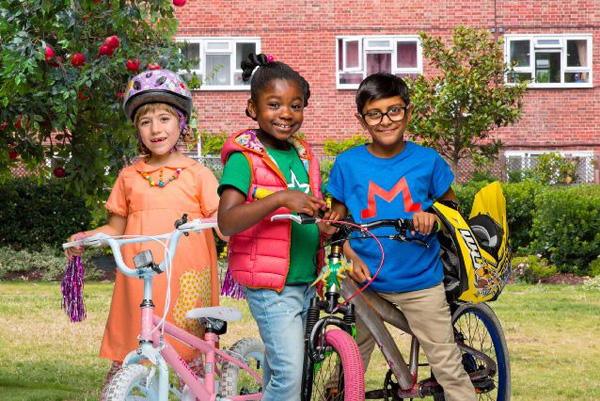 This series was, in fact, originally pitched as an animated project, but the producers wanted to create a show that reflected more authentically the way the world is seen through the eyes of children growing up in families that have recently arrived in the UK. Throughout, the original animation inspired a multimedia element to the production. Producer Gregory Boardman said, "The show is based on a child's view of the world. You can see into what they think of the world or of what an adult has said."

Kelvin Richard, the DP, talked about meeting these expectations. "The animators wanted much higher quality than Pro Res 422 HQ, and also they wanted to use true 4K rather than 2K or UHD 4K as you find in many cameras. One of the few cameras that can do this natively and internally is the VariCam," he said. "Furthermore, in order to use on a dolly, handheld or in an Easyrig, the camera had to be as compact as possible. The VariCam 35 was able to satisfy both of those criteria. It also felt right to suggest it - because we had a new series, I felt we should go for a new camera as well."

As well as the resolution, the quality of the colour reproduction and the dual-native 800/5000 ISO setting on the VariCam 35 has meant the footage has not needed much adjustment for looks. The production made use of the dual ISO function during filming, primarily shooting at the native 800 ISO but increasing this to 2500 ISO for a number of the low light scenes. 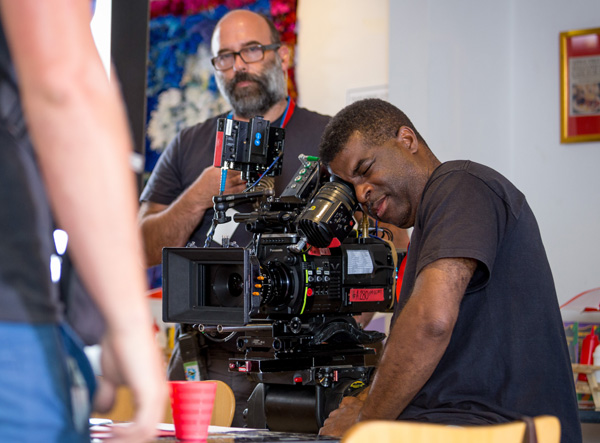 The VariCam 35 is built with two native sensors, one set at 800 and another at 5000 ISO. Kelvin said, "We had a moon surface scene which would require more light because we intended to shoot at a higher frame rate for a slow motion effect. But we were working to a tight schedule and setting up additional lighting would have required more time than we had to complete the scene. We could set the camera to 2500 ISO quite quickly, which gave me the shooting stop we needed without having to reconfigure the lighting set up. From what I saw, the noise was very low - comparable to the native 800, which is a great achievement.

"We're only slightly touching what comes straight off the camera. It's quite a true look and is very complementary to the different flesh tones we have on the show, for example, which all reproduced well. I have been involved in the initial colour correction and the show is grading well without too many changes on my part on set. The production team has been very happy. Because it looks great natively, from there it's just a case of whether you want to warm it up for the sensibility of the show.” 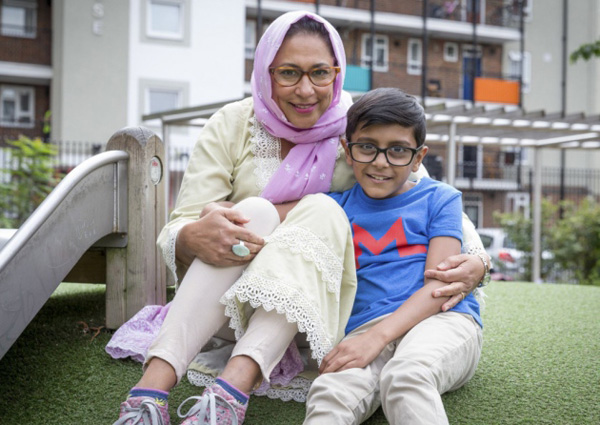 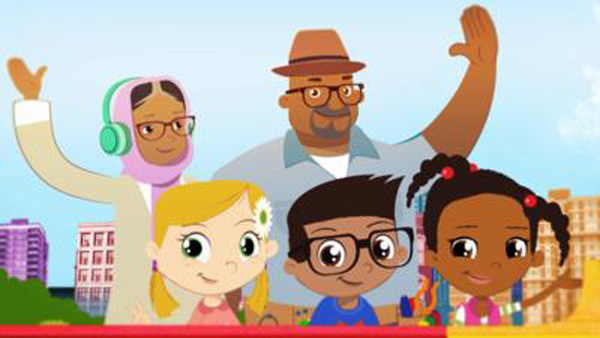 "I especially like the way the VariCam 35 settings handle the highlights, producing a nice 'wraparound' feel. What I like about the VariCam look is that it's very complementary to the highlights. It's sympathetic towards them and doesn't blow them out. With or without filters, it still has quite a balanced look even when you're shooting at a wide dynamic range. I'm in favour of the Panasonic look in any case - you have a good look directly from camera, and don't have to spend a lot of time making it a good look afterwards in post. It has that look inherently."

On set, the intuitive nature of the interface helped get the shoot started quickly, without having to stop and adjust the settings every time. "I personally prefer not to have to adjust settings constantly, because the more settings you have to change and check the more you're getting away from actually shooting the image,” Kelvin said. “Saving out set-up data to SD cards also allowed the crew to load their extra cameras, when deployed, with the main camera set-up parameters, which saved more time. business.panasonic.com