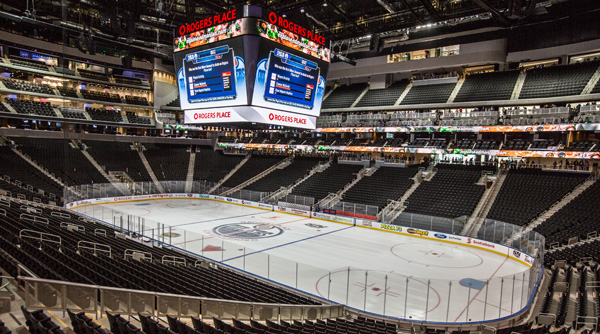 After more than 40 years of hockey at its previous arena, NHL team the Edmonton Oilers have relocated to the Rogers Place Arena in Alberta, Canada for the 2016-17 season. The 18,500-seat arena is part of a large-scale redevelopment plan in central Edmonton.

The visual display and video systems at Rogers Place feature a videoboard measuring 14m wide by 11m high by 14m deep, the largest in use in the NHL, that displays video feeds from several different cameras. One of them, a Sony HDC-P1 box camera, is in a suspended camera system that the arena’s production services team custom-built and mounted on a 15m dolly track hung from the bottom of the score clock, with the help of local systems integrator Matrix Video Communications. 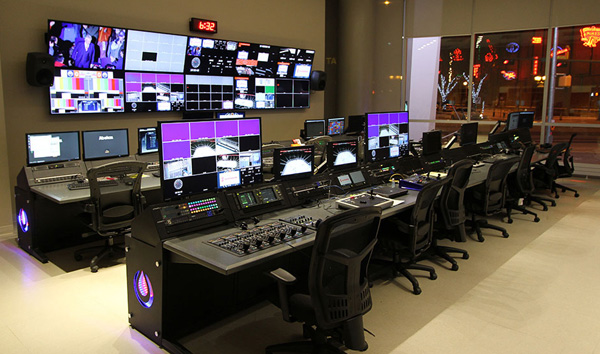 All six of these Sony cameras are fitted with  FUJINON lenses, including the suspended box camera that has a FUJINON HA18X5.5BERD ENG/EFP HA Premier Series lens, travelling on its track along the length of the score clock. This set-up produces dynamic, bird’s-eye view shots of the game used for in-arena video presentation and for national broadcasts on Sportsnet. 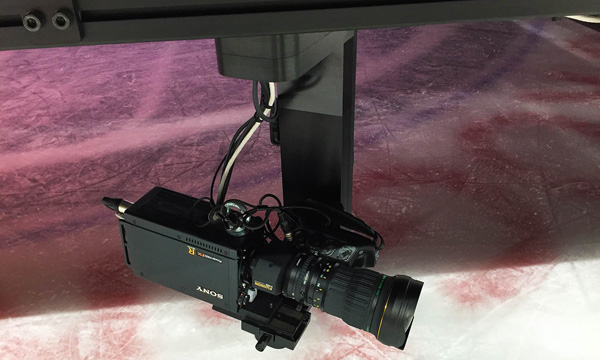 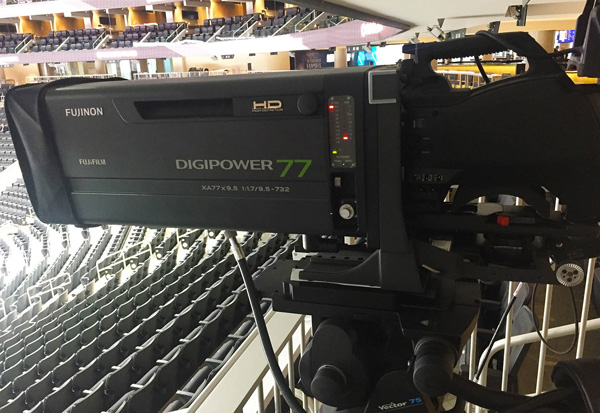 The three handheld cameras are used shoot the action on the ice, fans, interviews and other typical game-day activity. The two wired handhelds are equipped with FUJINON HA18x7.6BERM ENG lenses, and the X500 EFP wireless uses a FUJINON HA14X4.5BERM super wide angle lens. At the standard positions, the cameras have FUJINON XA77x9.5BESM telephoto field lenses with the MS-21D digital semi-servo controller kits.

Keith Hough, Manager of Oilers Entertainment Production Services at Rogers Place, said, “In outside broadcast production, the equipment has to be very durable because it’s moved, set up, disassembled and moved again multiple times throughout the season. The FUJINON lenses have proven to be very robust during our inaugural season at Rogers Place. The lenses withstood harsh treatment and still produced great video at every event. In particular, the telephoto models’ Image Stabilization can become critical at the telephoto end of the zoom when the building starts shaking under the feet of 18,500 enthusiastic fans.” www.fujifilmusa.com