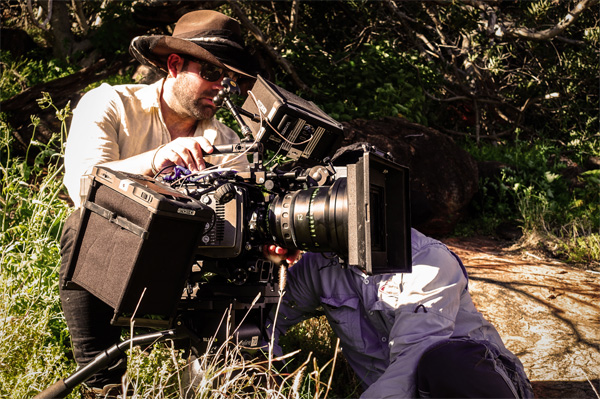 The Seven Sisters Songlines, or Dreaming tracks, depicted in Anangu rock art at Cave Hill in the Northern Territory of Australia, will be the subject of a major exhibition opening at the National Museum of Australia in Canberra in September 2017. Visitors will stand under a high-resolution 6m dome to be immersed in the story, similar to a planetarium-style presentation, and experience the cosmological and terrestrial aspects of the Seven Sisters’ story.

Cinematographer Dale Bremner captured the location photography for the project in Australia’s Red Centre, using the ARRI AMIRA and a set of ARRI master primes. Plates were shot for the dome along with a short narrative film, narrated by an indigenous elder, to accompany the story. Dale said, “The AMIRA was chosen based on the shoot’s deliverables, requirements and predicted hurdles, all of which related to the producer’s intention to integrate the 4K output into a 3D dome experience at the Seven Sisters Uluru exhibition.

“The AMIRA’s internal NDs were an advantage due to the unforgiving Australian sunlight, especially in the desert. External filters would have been a liability in the dusty, exposed conditions. Some of our setups were on the side of cliffs and on uneven terrain where it is not practical to swap out filters.” 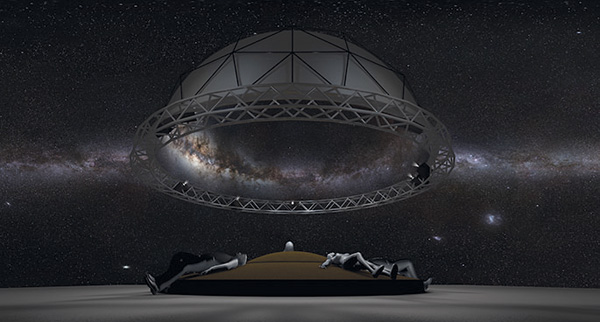 “The camera’s stability was another factor because we were shooting in a remote, harsh environment seven hours outside of Alice Springs, where we would have no recourse should the camera fail or suffer media corruption. However, I had taken the AMIRA on previous long form jobs on location and so far, it has never missed a beat, even in scorching temperatures.

The small crew were generally hiking and climbing to obtain shots, so that the camera was frequently carried and shot straight from the shoulder. With only one AC accompanying him, Dale was often operating on his own. But the AMIRA worked well in a solo cameraman set-up for documentary, and the weight and balance of the camera suited the long hours in such conditions. Also, among the other ALEXA models, the AMIRA has the lowest power consumption, which was important because base camp ran only on generator power.

To convey the scale of the outback, and therefore the spiritual nature of the project, most of the video was shot using the ARRI 12mm master prime lens. Dale said, “A lot of 100mm macro shots were integrated into the project as well. This meant I was working out at both ends of the range of focal lengths in ARRI’s master prime set, which extends from 12 to 150mm. In my opinion, master prime lenses are one of the greatest achievements in modern optics, especially when pushed by extreme environmental conditions and working with two contrasting focal lengths - the 12mm and 100mm macro. 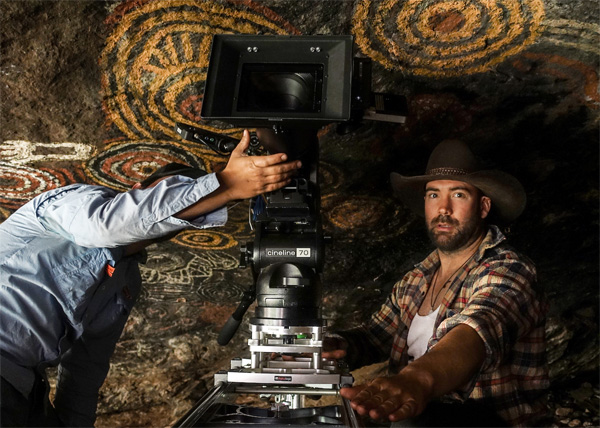 “I wouldn’t say they always produce the correct aesthetic but I chose master primes due to our requirement to integrate the plates into a 3D dome experience, projected at 4K. Their lack of fringing and chromatic aberration makes them accurate lenses for many VFX and 3D integration situations, in fact.”

“Furthermore, the indigenous dreamtime stories were meant to be told purely through the land and history of the indigenous arts and so I wanted the camera to be as unobtrusive and to have as little influence on the look as possible. I didn't feel it was right to add an artistic style or visual signature of my own to the story.”

Apart from the plates to be integrated into the dome piece, the narrative portion of the project was shot at varied frame rates, but mainly 60 fps from a 4ft slider.  Dale and his crew shot in many different conditions at dusk, dawn, night and direct daylight both inside and outside a sacred cave.

He said, “Magic hour may be a more predictable, safe time to shoot, but throughout the intense daytime period, managing the contrast between the cave interiors and the indigenous elders’ skin tone against the desert sun was unlike anything I had faced before. It presented some fascinating challenges and gave me a chance to use all of the AMIRA’s dynamic range.”  www.arri.com