The Blackmagic URSA Mini 4.6K and Micro Cinema Camera are now shipping following a development period on their final specifications. Director Anthony Lau has completed a 3-camera shoot at New York Fashion Week with the URSA Mini 4.6K camera that takes interesting advantage of its functionality.

Since first announced, the development of the global shutter in both the URSA Mini 4.6K and Micro Cinema cameras has taken longer than expected, and delayed their release. The problems are different for each of the two cameras. In spite of the company’s efforts, the global shutter performance remains unsatisfactory, and Blackmagic Design have decided to ship both cameras without this function. This announcement can also be viewed as a video available here. 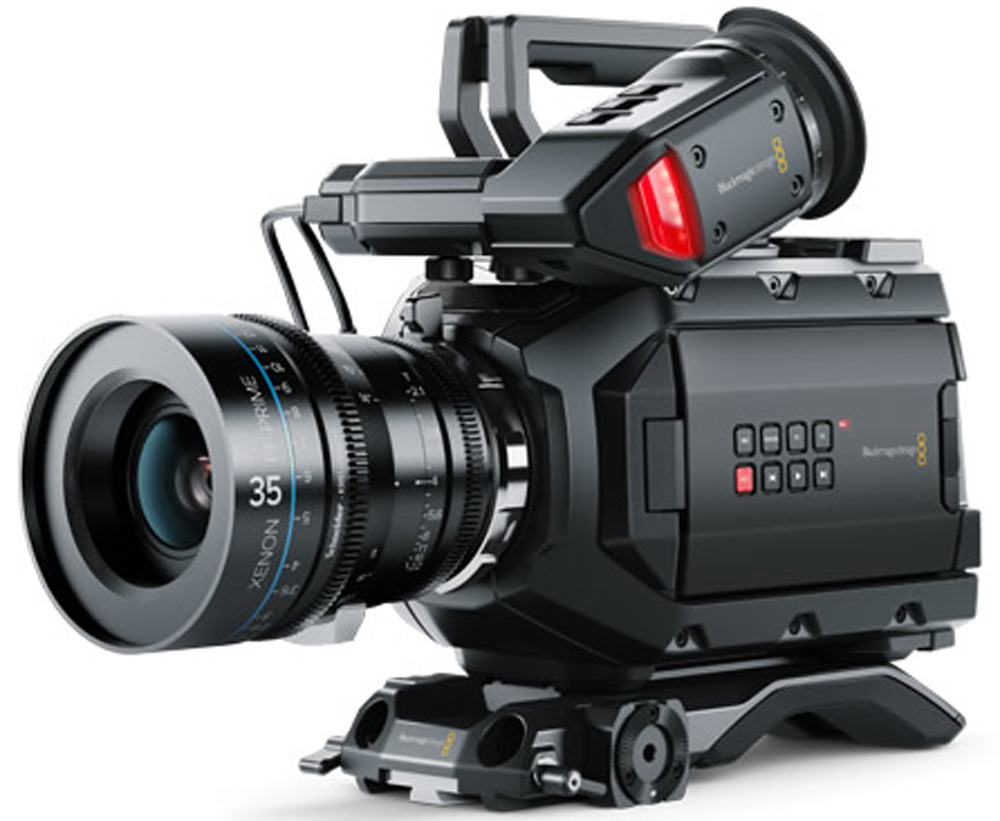 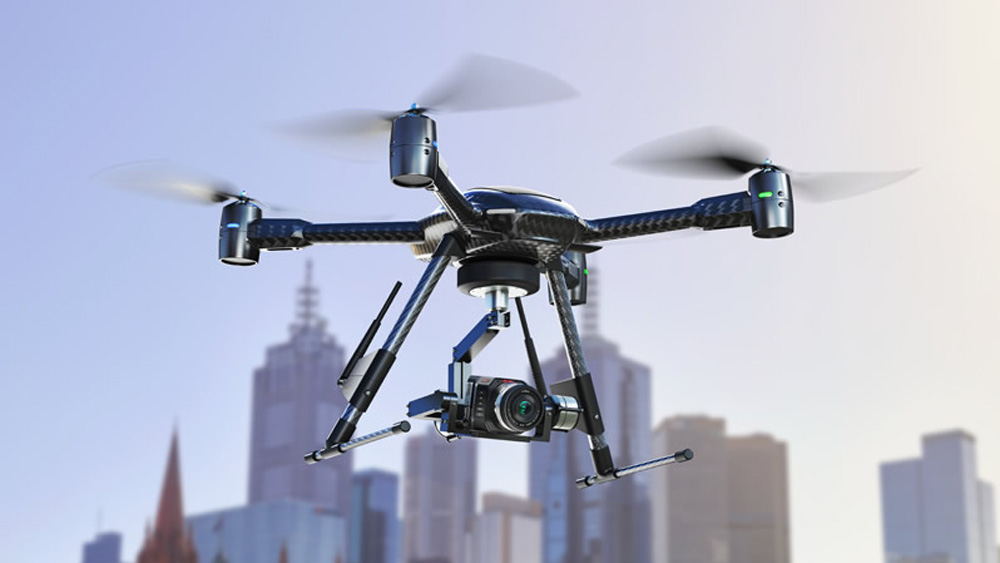 Nevertheless, the company says that professional cinematographers and DPs who have been beta testing the cameras on varied types of projects have reported excellent results. A number of beta testers have said that, for them, the main benefits are the 15 stops of dynamic range, only available when running without global shutter, and the high frame rate capabilities of the rolling shutter. In any case, Blackmagic Design says they accept that some customers who have cameras on back order may like to change their order as a result of the change in specs.

With the release of URSA Mini 4.6K, customers will be able to choose between two significantly different URSA Mini models. Originally, the 4K version was intended as an entry level model, and the 4.6K model to add higher specifications. Now, the differentiation has changed.  Customers can choose the URSA Mini 4K with global shutter for fast action photography, or URSA Mini 4.6K for the wide dynamic range needed in cinematic work. The 4K camera is capable of capturing high frame rate 4K footage with global shutter at up to 60 fps, for example, making it a good choice for shooting fast moving live sport. 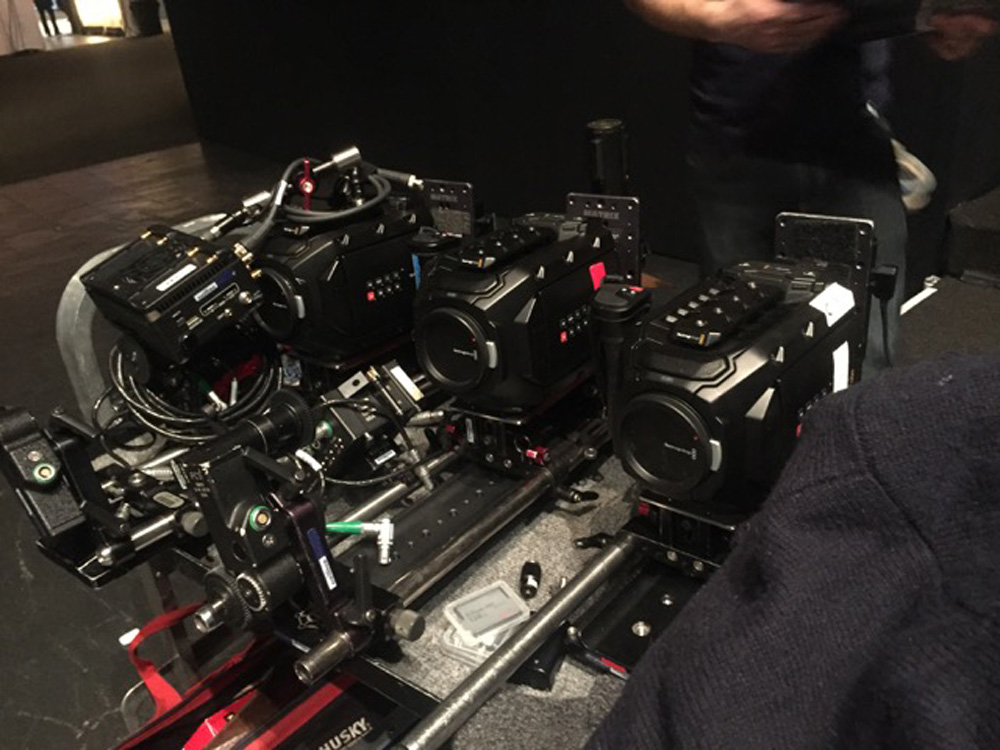 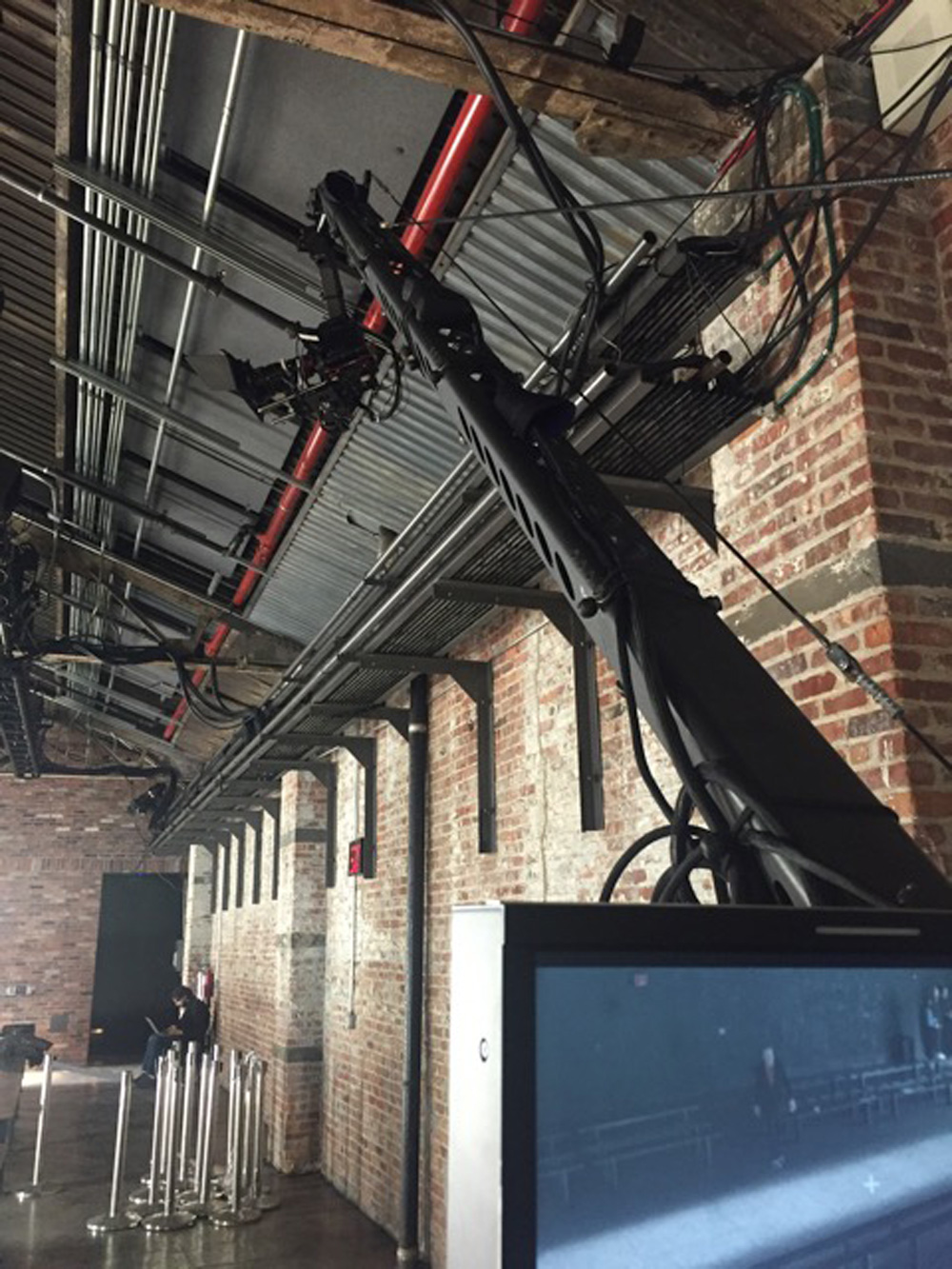 Meanwhile, Blackmagic Design’s own design team wanted to work with the 4.6K camera on set, first hand, and has produced a short test film. The footage was shot in a variety of conditions from a low light night time scene to very bright direct sunlight, supported on tripods, shoulder mounts, a dolly, gimble and a drone. Both the film itself and a making-of video about it can be viewed in HD or downloaded in UHD, here. Three separate, camera original RAW files may be download from the same location for those interested in the latitude and in grading the footage. Blackmagic Design has also added a gallery page to the URSA Mini website that shows some of the beta testers’ footage.

For a recent project at New York Fashion Week, director Anthony Lau from production company ALAUD used three URSA Mini 4.6K cameras to shoot runway shows for designers Hervé Léger and BCBG Max Azria. Wanting to emphasise the detail and style of the clothes, he said he chose the camera for its sharp, cinematic images. 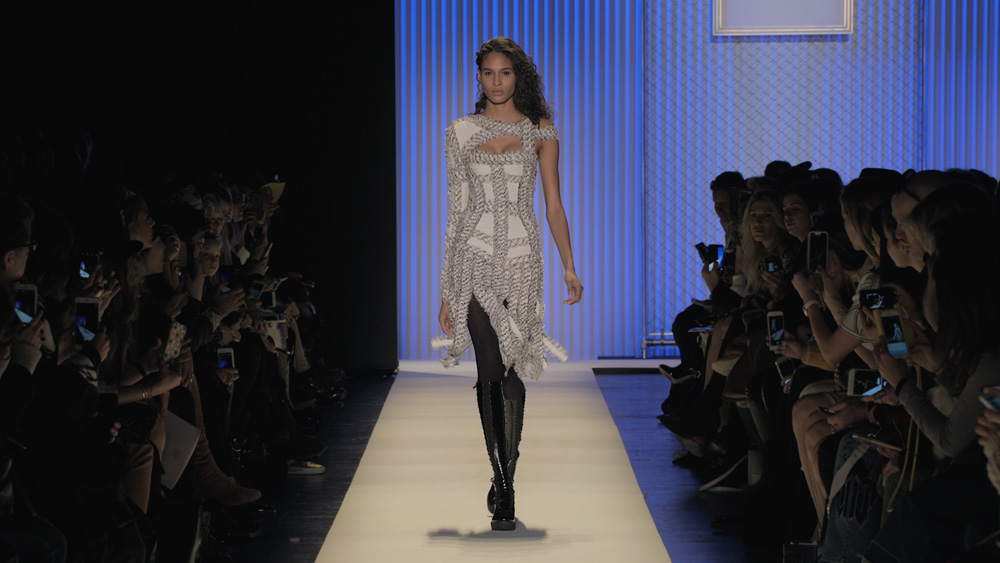 “I’ve worked with luxury brands in the fashion space for many years, and clients always want a sophisticated, quality look,” said Anthony. “To shoot at fashion week, you need a camera with a great image sensor, sharpness, a cinematic look and high frame rates to capture the details, aesthetic, textures, colours, how the fabric moves on the models and how the models embody the clothes as they walk down the runway.”

The three URSA Mini 4.6Ks were set up to capture the clothing at different intervals from all angles. The first camera, rigged on a tall tripod with a fluid head, captured a wide shot of the models as they first stepped onto the runway to establish each look head to toe. The second camera, located about 130ft away from the runway and also on sticks, used a 300mm lens for a tight crop and close up shot on the detail of the clothing. 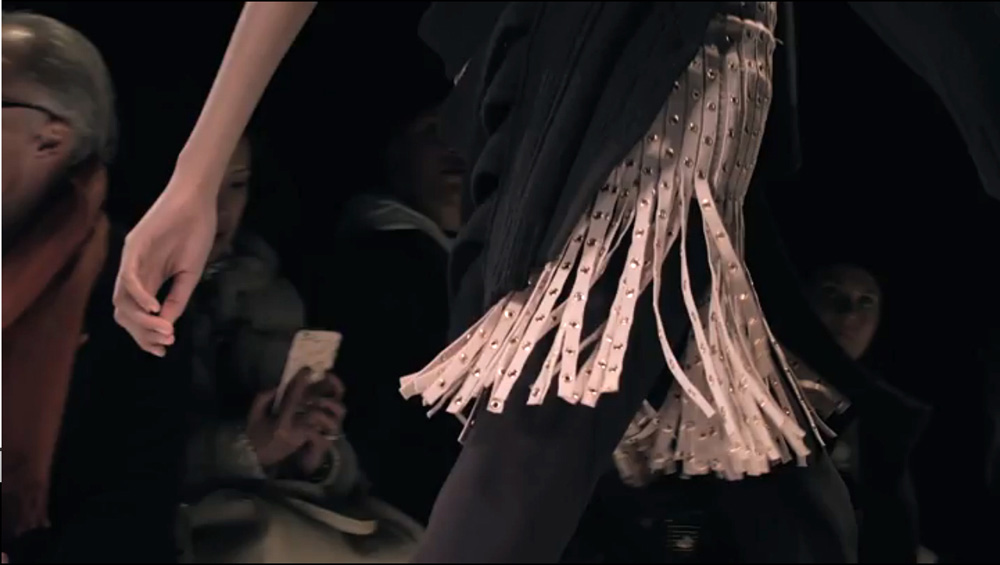 “The models’ silhouettes filled the entire frame with detail on the 300mm, and we achieved nice vertical movement starting at the shoes, traveling up the garments as they walked,” Anthony said. “This is where URSA Mini’s super high frame rates are necessary because you can see the garments flowing and moving with the models in slow motion, and appreciate the true expression of the clothing.”

The third camera was positioned on a low-level high hat support capturing a mid close-up shot of the front, sides and back of the clothes as the models turned on a U-shaped catwalk. “We used speed ramps, focus and slow motion to create really nice, dynamic content,” he said. “The fashion buyers who watch these videos want to see as much detail as possible, as quickly as possible to help them understand what’s going to sell.” 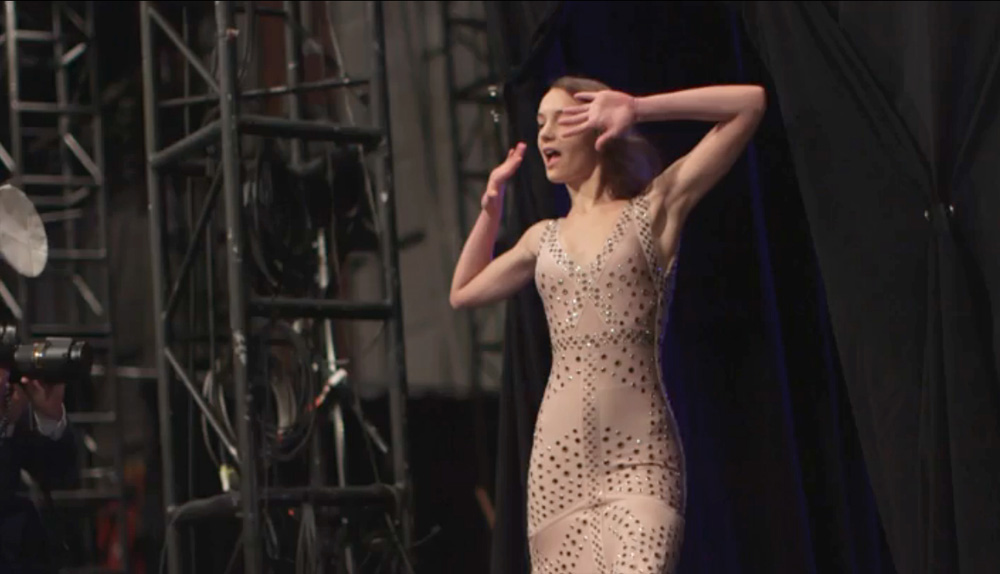 Anthony chose the two close-up camera angles to create a special variation on the traditional camera set-ups normally used at fashion shows. “From a technical standpoint, with most cameras, the DPs need to ensure a good focus in the overall image, so they tend to shoot wider and more static,” he said. “Extreme close ups incorporating tracking camera pans could potentially cause lateral noise and issues for focus. You could easily lose the detail you’re aiming to highlight, which you only have one chance to get right during a live show.”

Required to submit finished footage immediately after the show’s completion, Anthony and his team performed test shots on set ahead of time and used them in DaVinci Resolve Studio to build pre-production LUTs to save time. They dropped the LUT over the images and could output the video within 20 minutes after capturing the last shot. He also noted that the URSA Mini’s 4.6K sensor gave the team useful flexibility when working with the images in post. “We ran some of the cameras in 4.6K, but also some in HD in order to record 120 fps for the slow motion,” he said. 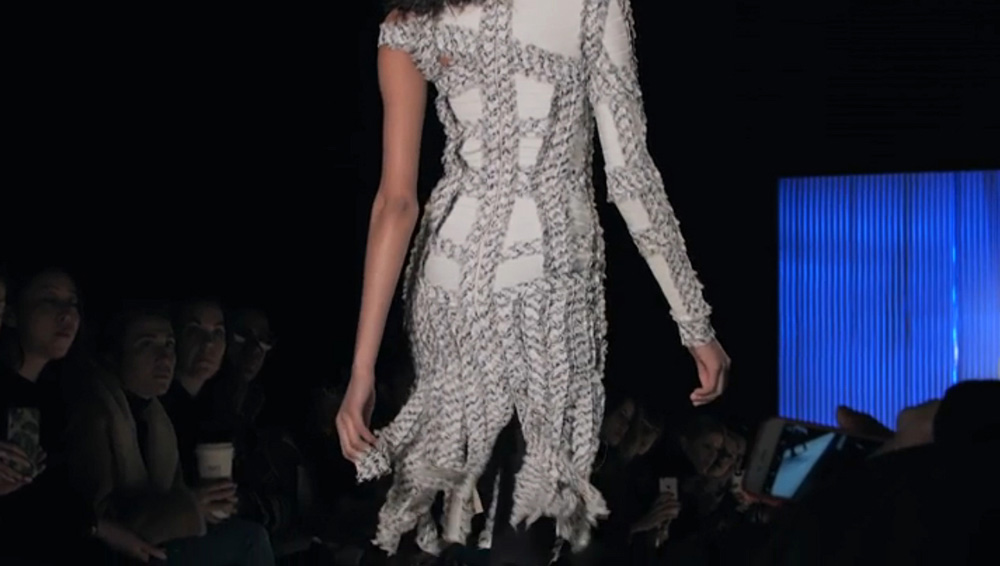 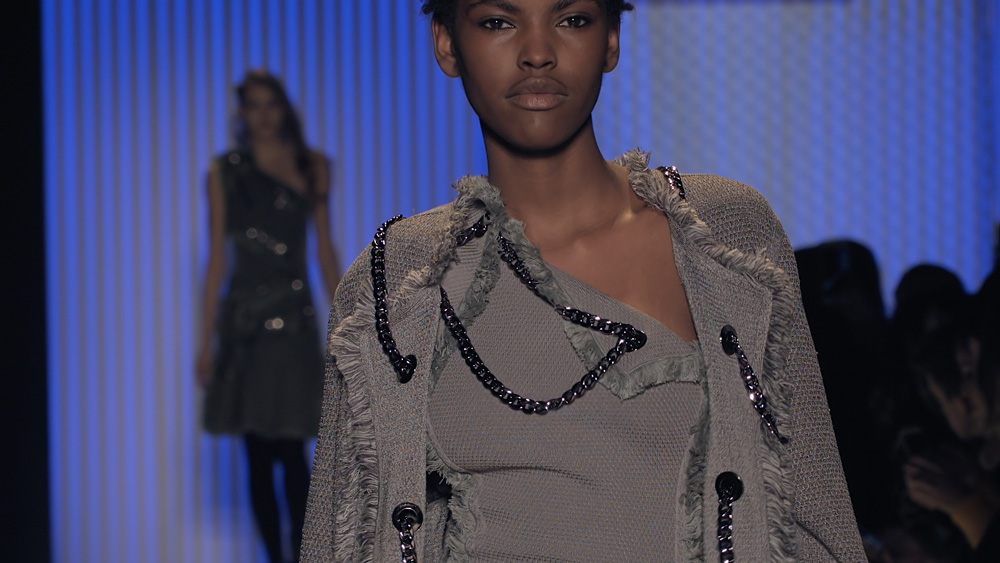 “We had to blow up and zoom in 180 per cent on some of the HD images but they held up well, retaining clarity, creaminess and texture. In particular, we needed to repurpose footage to air in the brands’ retail stores, which typically have vertically-mounted screens. We manipulated the original horizontal image by cropping the image, turning it vertical and zooming in, and the URSA Mini 4.6K’s image held so well and still looked great.”  www.blackmagicdesign.com