The new movie 'Film Stars Don’t Die in Liverpool', nominated for three BAFTA awards, employs some interesting in-camera effects created on the sets with specialist Rotolight LED lights. Set in the late 1970s and early 1980s, the film follows the romance between Hollywood starring actress Gloria Graham and a young actor Peter Turner, and was directed by Paul McGuigan with DP Urszula Pontikos. VFX cinematographer was Stefan Lange, who brought experience from his work on 'Casino Royale', 'Mission Impossible' and 'Batman'.

The DP shot the movie on ARRI Alexas and uncoated ARRI Master Primes to produce a sunny look with natural flares. Stefan's equipment included a set of three Rotolight NEO 2 on-camera LEDs, which were used during the shoot, and the Anova PRO which has a built-in suite of special effects, CineSFX, which include fire, lightning, TV, flicker, gunshot, paparrazi and other commonly used effects. 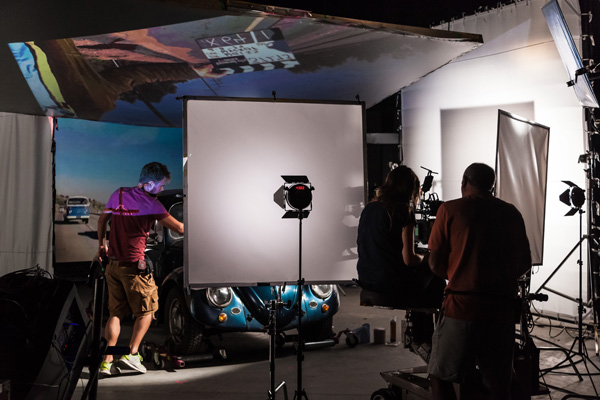 “These lights are versatile and powerful, and because they are battery powered, they are portable and very convenient on set,” he said. Anova PRO is an extremely bright LED studio or location light and High-Speed Sync (HSS) flash with a high lux output of 10,700 at 3ft, but only 72W power consumption. As well as accurate colour reproduction, it includes Aperture Dimming and Designer Fade modes, and all of the effects and modes can be remotely controlled.

The Anova PRO was used in a scene from the film that takes place inside a cinema where the two main characters are watching the 1979 sci-fi thriller 'Alien'. The director wanted to project the film’s flicker onto the faces of the audience to emulate a spooling film projector. The Anova PRO's built in film effect from the CineSFX suite allowed them to do this quickly without having to set up a traditional flicker box. 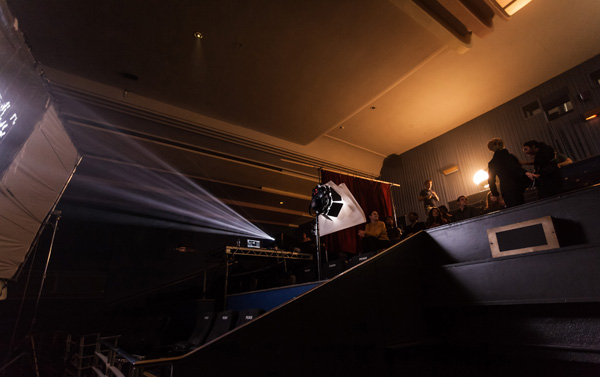 “The production had designed an elaborate set in a cinema location that captured the ambience of a movie theatre beautifully, but the critical, story-telling flicker effect wasn’t very strong,” said Stefan. “The director and DP wanted more close-up shots in the scene, which led to a discussion about increasing such an effect. The CineSFX function on the Anova PRO could be switched on very quickly and had the flicker we needed with an adjustable dial to help us get the correct, subtle effect.

Director Paul McGuigan was keen to use traditional visual effect methods that were contemporary with the period of the film and the lead character’s earlier career. In later scenes such as live action exterior shots and car driving scenes, the production team used a rear projection technique instead of blue or green screen shoots with compositing in post.

Syefan said, “The Rotolight NEOs were an interesting supplement to the lighting package. The ability to select SFX modes helped give the lighting a more dynamic feel. For instance, in driving scenes when DP Urszula Pontikos was using moving lamps, we used the NEOs as the static lights and used the flicker effect to help create that scene-changing effect.

“We also found the Designer Fade particularly useful to fade up from zero output to 100% and back again to zero. We used the lamp handheld, moving it to create a shifting shadow but as a source that came from nowhere, and then simply faded away again. It created a literally seamless effect and made the light very nice to work with.” 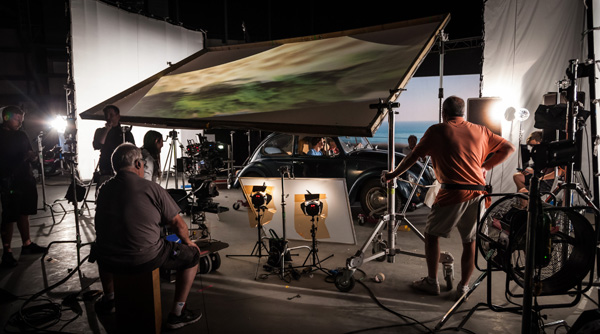 Stefan finds the Rotolight LEDs are simple to modify, quick to move and powerful enough to light a substantial area, even with full white diffusion. But for him, the main benefits of using them are their portability and convenience, which was clearly demonstrated on-set during this project.   www.rotolight.com