NBC's comedy TV series 'Better Late Than Never' has been a surprising success, following three familiar television stars - Henry Winkler, William Shatner and Terry Bradshaw - comedian Jeff Dye and former heavyweight boxer George Foreman as they travel across Europe. Due to the show’s focus on travel and extreme nature of some of the shoots, DP David Ortkiese and his team required small form factor cameras that would be easy to transport and mount, but still deliver pleasing, high quality images with enough information to produce consistent, controllable looks.

“There were several factors that went into choosing the cameras we used,” David said. “Along with in-vehicle coverage, we wanted something that could dynamically capture car chases at 130 mph, but also reliably produce cinematic video. We chose the Blackmagic Micro Cinema Cameras, which are able to shoot in 12-bit RAW cinema DNG with 13 stops of dynamic range. Furthermore, the interchangeable lens mount gave us flexibility to use the lenses we wanted, recording the coverage as we wanted it without sacrificing quality or image continuity.” 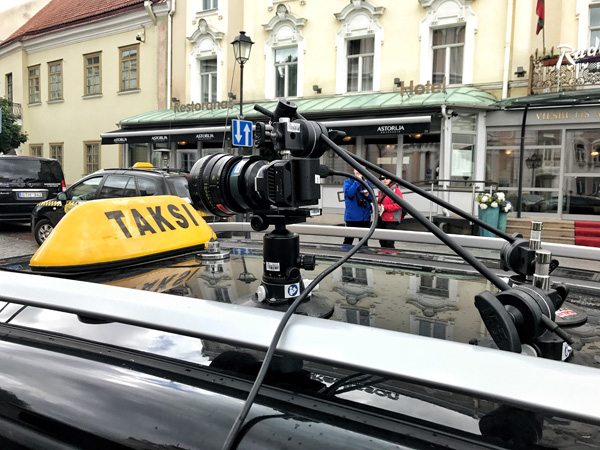 The Micro Cinema Cameras’ 12-bit RAW recording and dynamic range also suited the variety of shoot locations. “We would start out driving in a field and end up in a forest, or drive through a tunnel or under a bridge, so we needed that dynamic range and RAW control to help match the looks,” said David. “The show itself has a colour arc as it travels from mid to southern Europe and into North Africa. The terrains all have different visual colour palettes, of course, and we needed to integrate these variations into each location and episode. Shooting in RAW helped capture and enhance such details.”

In a similar style, as the locations changed, the type of vehicle changed, too. David and the crew rigged the Micro Cinema Cameras inside and outside vehicles ranging from taxis to a BMW i8, as well as on a Go Kart and even a camel. Having such a small, flexible camera saved on shoot planning time, and gave the crew and the production scope for last minute decisions. 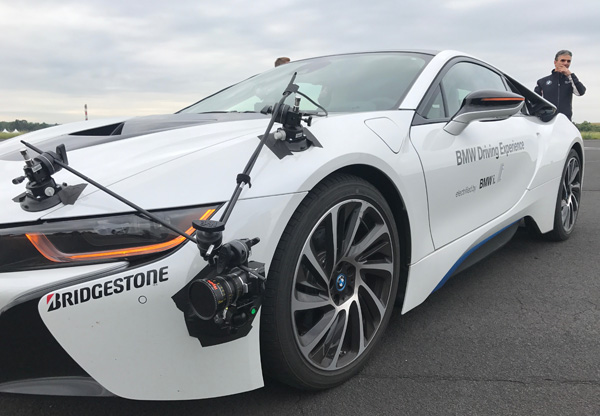 Meanwhile, monitoring was important as the whole series unfolded and the action moved between camera positions. Using Blackmagic Video Assist 4K monitor/recorders with the cameras, they were able to capture footage and monitor the looks of in-vehicle and exterior camera shots, at the same time as the overarching colour shift.

“During the BMW driving experience, we wanted to chase a race car, so we mounted a Micro Cinema Camera to both the front bumper of a BMW i8 and the follow car, and then chased the BMW at 130 mph around the racetrack. The footage came out fantastic,” David said. “In Morocco, we also strapped Micro Cinema Cameras to the front and back of a Go Kart driving at 60 mph, which was naturally going to be shaky because of the lack of suspension. The camera’s high refresh rate helped maintain a level of image stability.” 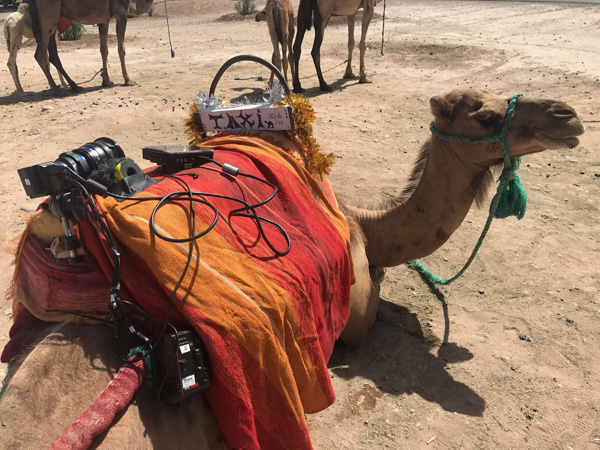 Other cameras mounted in useful positions recorded B roll from taxis at each location. “In every country, we needed to get a point-of-view driving shot on top of a taxi, looking over the sign on the roof. The only exception was in North Africa where we used a camel instead,” David noted. “One of our camera operators took the job of capturing these shots. He would grab a Micro Cinema Camera, find a taxi or camel, rig the camera and drive about for 45 minutes. It was a ‘grab and go’ situation in that respect – the main advantage of these small cameras for our purposes is that you don't need excessive rigging, leaving the crew to be more efficient, creative and spontaneous while shooting.”

He also remarked that the comedic mood of the show, which precluded too much frustration with changes in the creative. “You have to go with the flow,” he said. “Working with the Micro Cinema Cameras on set helped, allowing us to incorporate them physically into a scene and capture spur of the moment content. For example, in a totally impromptu decision, we attached one to a fake bull's head, shooting through its horns for a special chase shot.”  www.blackmagicdesign.com 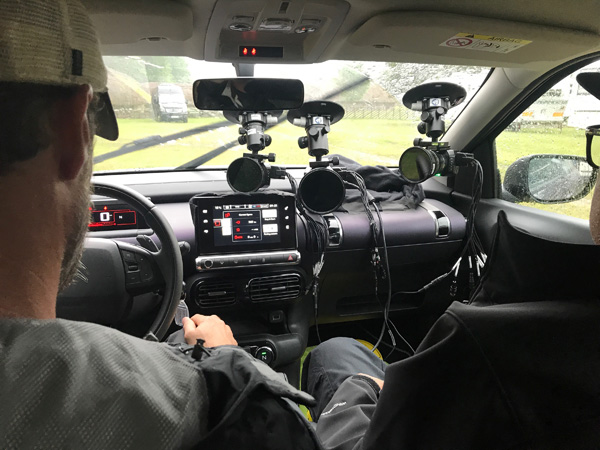