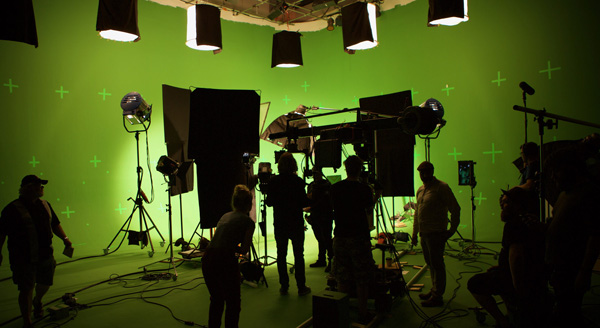 CreamVR in Toronto produced the virtual reality series 'A Curious Mind with Dominic Monaghan', now available on Hulu VR, a show that makes immersive scientific explorations of the universe. Through the use of VR, it also makes viewers feel they have joined the host on his journeys. Even when he travels into outer space and other unreachable places to deconstruct scientific and philosophical questions, such as the concept of the Earth as one living super organism, a feeling of immersion persists.

To build their VR camera rig for the show, CreamVR's Creative Director and DP Andrew MacDonald and his crew used the Blackmagic Design Micro Studio Camera 4K. They have become adept at anticipating what will interfere with and what will enhance the viewing quality and have shared some interesting information about their experiences on this project. 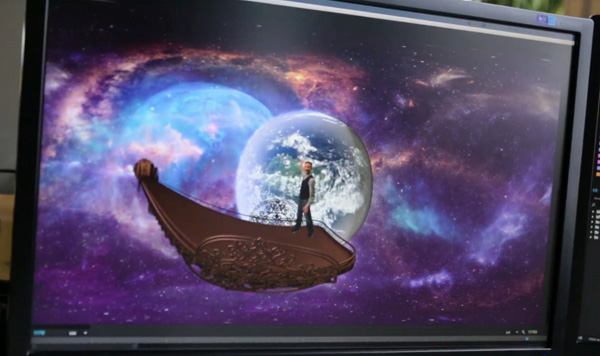 “The Micro Studio was the best option for us,” Andrew said. “We needed cameras that were physically small enough to place side by side, while sitting no farther apart from each other than a set of human eyes, and also capable of capturing 4K. If you’re shooting in stereo and the cameras are farther than about 72mm apart, the surrounding world begins to look miniaturised and the viewer has the illusion of being a giant. We particularly need to avoid this kind of disconnect when trying to simulate environments that will engage audiences in a way that traditional television cannot.”

Tristan Cezair, CreamVR Creative Director and VFX Supervisor, found some other advantages in their system based on these cameras. “We used two identical camera rigs mounted on top of each other, each with two Micro Studio Camera 4Ks side by side. The lower rig focused on Monaghan, while the upper rig used a wider set of lenses to capture a larger set of the tracking markers in the green screen studio that he stood in. 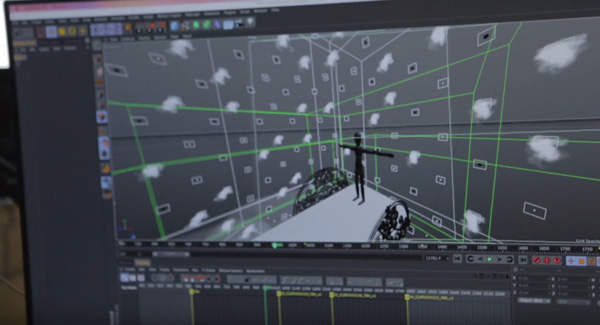 “This helped the team track the cameras’ movements in post production. Making sure the CG environment, built in Cinema 4D, moved at the same tracking speed as the cameras contributed to a very accurate composite and smooth parallax, which are critical for comfortably watching within a VR headset. The dual rig setup helped us create a satisfying experience, even when the conventional rules of reality are bent, letting viewers become completely immersed in the content as active participants instead of taking a traditional, passive role.”

They originally tested using two 220 iZugar lenses on the lower rig, but those lenses proved to be too wide. These lenses were useful for tracking and depth information, but the team needed to capture the actor at a higher resolution and pixel density across a much larger percentage of the camera’s sensor, so they opted for two Lumix 8mm lenses on the lower rig. These lenses resulted in a more useful picture even though the smaller field of view necessitated a slight camera tilt and caused some extra work in post. 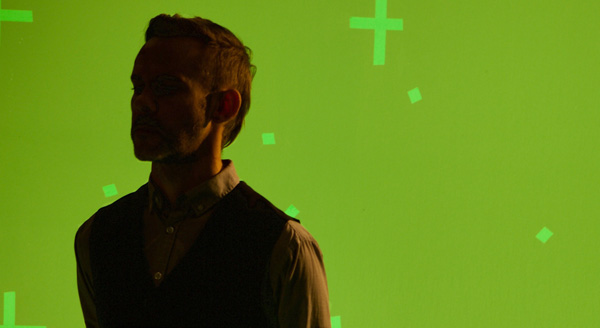 Being able to genlock the cameras made a considerable difference during production and post production. Using the Blackmagic Design Mini Converter Sync Generator, Andrew synced all four cameras with each other so that they shot the exact same scene at the exact same time, ultimately ensuring viewer comfort. This converter has six crystal stabilized video reference outputs for referencing all video equipment in a studio in either Tri-level Sync HD or Blackburst SD television standards.

The ability to genlock the cameras helped the team reduce the risk of 'bends', which can result from untimed rolling shutters. For 360-degree VR applications, 'bending' caused by differences between cameras’ rolling shutters exposes different parts of the image at different times. These discrepancies create noticeable post production challenges because blending the 3D the footage together evenly becomes virtually impossible, which can spoil the immersive quality of the experience for viewers.

“The Micro Studio Camera 4K was a good choice not only because of its size but also because it has an input on the expansion port that enables blackburst genlock to sync the cameras together,” said Andrew. “This technique allows you to start the scan of each sensor at exactly the same time, which is important on a rolling shutter camera because each frame will be as closely matched to the corresponding frame on the other camera as possible. Doing this produces very clean stereo.”

CreamVR is now planning to use the Micro Studio Camera 4K again to develop a new workflow that works as an accelerated, hybrid method of creating a game avatar by shooting it on video and then projecting it on a 3D computer model. This is expected to significantly reduce the time and cost associated with developing digital models for games, simulations and similar applications.  www.blackmagicdesign.com