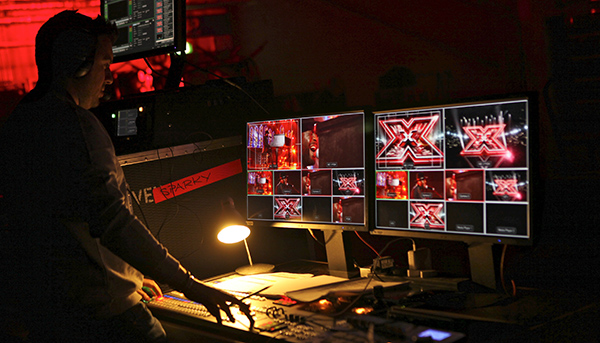 The 2018 X Factor live arena tour in February took the talent show's winners to 15 cities across the UK in only three weeks. Stuart Merser, who operates as Vis-a-Vis Video, led all video production tasks for the tour and collaborated with X Factor's studio director Diccon Ramsey to make sure that the live set-up matched the format and feel of the television series that fans recognise. Working with him was live entertainment specialist, PRG XL Video, supplying the lighting, rigging and video equipment on the tour.

IMAG (image magnification) projection for the 2018 X Factor live arena tour was produced with a portable production unit based on an ATEM 2 M/E Production Studio 4K switcher with ATEM 2 M/E Broadcast Panel. Live acquisition was delivered by an HD multicam set-up that included the URSA Broadcast camera. The show's production is not unusual but is dynamic and follows a configuration that fans respond to and therefor needs to be maintained. 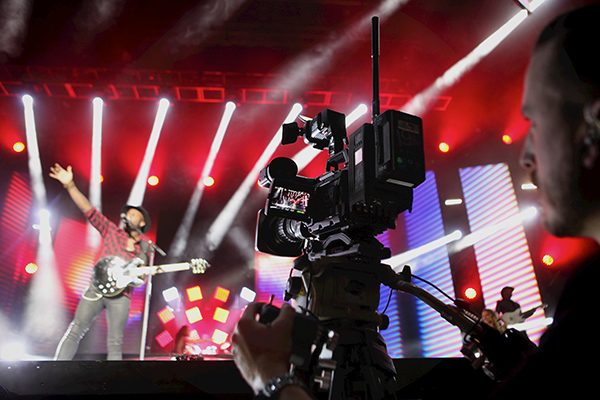 "Because the live set up needs to be similar to the Saturday night show, with a presenter and acts performing for the audience's vote each night, Diccon was responsible for editorial consistency between broadcast and arena content," said Stuart. "We fed live camera signals, prerecorded content of each contestant's journey and the familiar X Factor graphics into the switcher, with Diccon at the helm on the ATEM panel, delivering a consistent production on each of the nights, more or less indistinguishable from the broadcast show."

ATEM live production switchers are useful for driving the large screens at live events because of their independent auxiliary outputs that give access to all video sources and camera feeds. In effect these outputs become part of the event, while users have the front panel control buttons to select cameras and other sources immediatelyto the aux output. You can choose video inputs, media players, key masks, clean feeds, program, preview, test signals and other content. 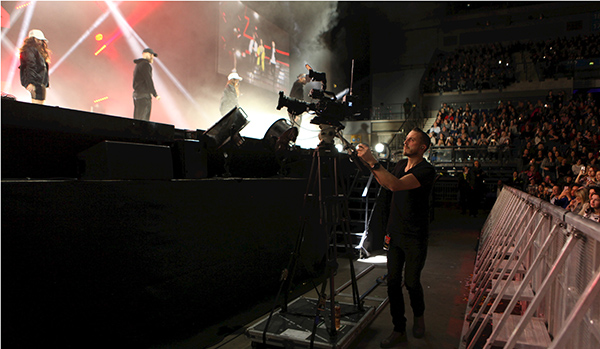 Stuart fitted the URSA Broadcast camera with a Canon 14ex4.5 ENG lens to capture 1080i footage for twin LED big screens at either side of the stage. Operating via VizLink RF, Stuart shot the action on the main stage, or could quickly shoulder mount the URSA Broadcast, to turn around and film performers on a second solo stage, positioned in the middle of the crowd.

"Getting the audience involved is very important for an arena tour, the fact that I can be working from the tripod, and then racing around the camera shooting locations in a matter of seconds, is very useful," he said. "The camera's flexibility allows us to be spontaneous and make sure we're always close to the performance." 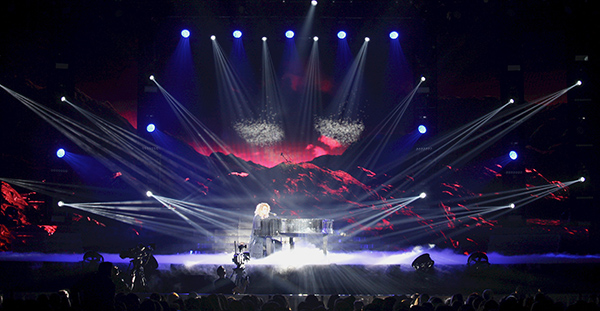 URSA Broadcast has a 4K sensor and an extended video mode with wide dynamic range and colour fidelity. The sensor is designed for both HD and Ultra HD, resulting in good texture and detail, accurate colours and high dynamic range video, usually without post production. Even when working in HD, the high resolution sensor is an advantage due to the sub pixel image processing and anti-aliasing.

With six very different live artists on stage each night, Stuart said that the camera needed to handle a wide range of staging set ups, and coped well. "All of the performances had different lighting, pyrotechnics and use of video projection, so there was a lot to capture. The colours look fantastic on the big screens and I've been impressed with how the camera reacts in a live production environment. Since the X Factor tour, the portable unit we deployed for it has worked as a reliable, flexible backbone for some quite diverse touring projects."  www.blackmagicdesign.com.