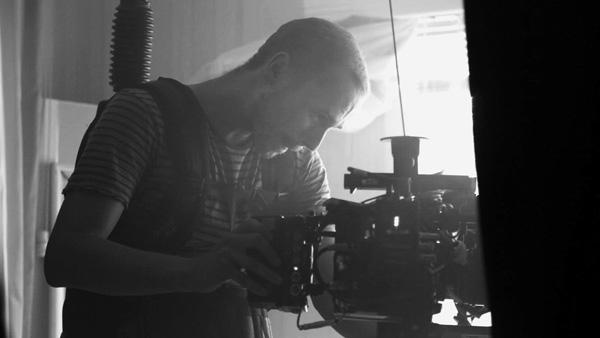 DP Žiga Zupačič recently shot a commercial for the New Zealand Defence Force on the ARRI ALEXA Mini. He chose the camera carefully after spending a lot of time weighing up the complex practical demands of the shoot, the particular expectations of his director Jason Bock, and his own ideas about looks and cameras.

Žiga said, “Once I talked to the director about the look and the technical side of the project, it was clear that we needed a very versatile camera that would be easy to rig. We had to switch through multiple setups during each of the shooting days from handheld to quick, subtle tracks on the Movi PRO and the Movi XL on a tracking vehicle.”

The ALEXA Mini could meet all of these requirements and also matched the look, style and feel for the commercial that Žiga and the director had agreed on. “The Mini combined with Panavision G series Anamorphic lenses gave us what we wanted,” he said. Most of the shots are low-lit, and all have a feeling of anticipation, making viewers aware that the person they are watching will soon be capable of much greater achievements.

Most scenes in the spot relied on shooting with highly variable practical lighting ranging from the bright lights at an indoor swimming pool to fire light at a campsite. Frequently, light shone into sets through windows, and they worked with sunlight filtering through trees in a forest, a fully sunlit skate park and twilight over water.

Žiga said, “The last 10 percent I spend tweaking all the levels of the lights is my favourite part of the job, since that’s when the subtle magic that defines your own taste happens. All of these gave the commercial an overall look and aesthetic that the director and I appreciated.

“Furthermore, we were going from tight, indoor sets to really fast moving shots in the forest. In all these scenarios, especially when going from large to small spaces, the Mini’s size and versatility were incredibly helpful. They gave us the chance to take the camera out on a vehicle for fast tracking over distances, and also to track on the Movi Pro in small, confined spaces.”

Žiga has used a variety of cameras throughout his career and his own opinion on finding the right camera for the job at hand, particularly in this case. He said, “Everything is dictated by taste and, most important, the way you light a scene and which lenses you use in front of the camera. In my case the ARRI look is my preferred choice from the colour science to the way the images feel and how the footage can be graded.”

Consequently, he appreciates the Mini because he can retain the rich ARRI look while having the chance to use it in different rigging scenarios and meet all the technical requirements regarding lights and lenses to support the shots. www.arri.de