The new Sony α6300 mirrorless camera has a 4D FOCUS system that can lock focus on a subject in as little as 0.05 seconds, using 425 phase detection AF points that are densely positioned over the entire image area, allowing it to accurately focus throughout a wide area – even on small, fast objects. It can also shoot images at up to 11 frames per second with continuous autofocus and exposure tracking. 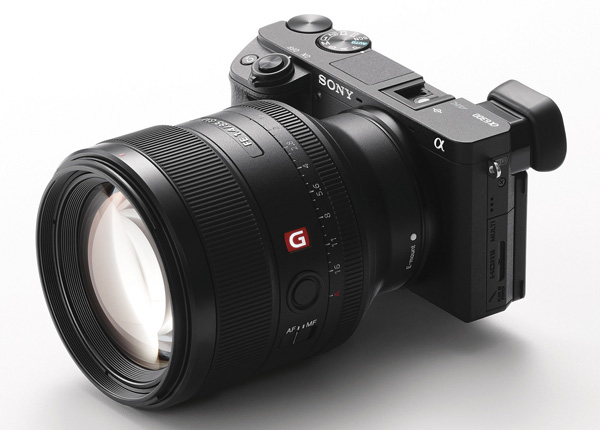 The camera supports full live-view continuous shooting on the Tru-finder or LCD screen at up to 8 frames per second, producing a real-time shooting experience that combines the qualities of an electronic viewfinder with the direct control of a through-the-lens optical viewfinder.

It has a 24.2 MP APS-C sized Exmor CMOS sensor that works with a BIONZ X image processing engine to optimise image quality through the ISO sensitivity range ISO 100 – 51200, expandable up to ISO 51200 for stills and up to ISO 25600 for movies.  The α6300 can also shoot and record 4K video with full pixel readout and no pixel binning in the Super 35mm format.

As well as the extensive AF coverage, the α6300 has a high-density tracking AF system that improves subject detection and tracking performance. It activates a large number of AF points surrounding a subject and adjusts them according to the subject’s motion. This is especially effective when used with high-speed 11 fps continuous shooting or the new 8 fps continuous live-view mode, which produces accurate framing for fast moving subjects on the LCD screen or viewfinder. 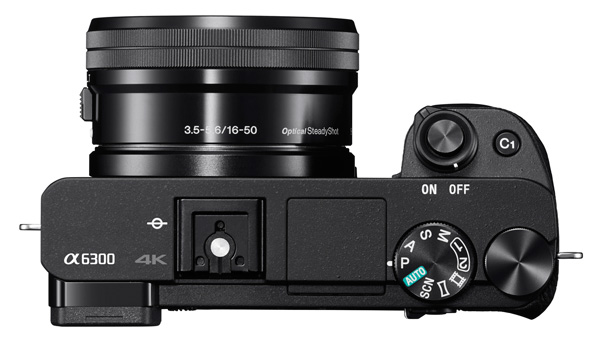 The 425 phase detection AF points, tracking and focus accuracy are available on the α6300 when using A-mount lenses with a mount adaptor like the Sony LA-EA3. This is a first for Sony E-mount interchangeable lens cameras with an APS-C sized sensor, as the only other cameras to feature this capability are the full-frame α7R II and α7 II models.

The new 24.2 MP image sensor uses copper wiring in its structure to improve light collection efficiency and accelerate readout speed. The BIONZ X processor has an upgraded image processing algorithm to maximise the sensor’s overall capabilities. Together, these two components work together to produce images with low noise and high resolution in sensitivity settings up to ISO51200, in particular in the mid-to-high sensitivity range.

This is the first non-full-frame Sony interchangeable lens camera with internal 4K movie recording in Super 35mm format.  When shooting in 4K, the camera uses full pixel readout without pixel binning to collect 20 megapixels of information – approximately 2.4 times as many pixels as 4K UHD, or 6K equivalent, and then oversamples the information to produce high quality footage with great detail and depth. 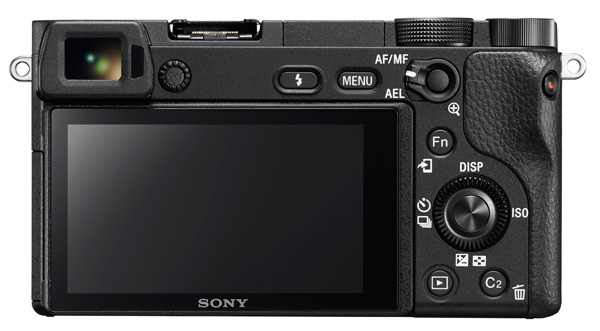 The camera uses the XAVC S codec during video shooting, which records at 100 Mbps during 4K recording and 50 Mbps during standard full-HD shooting, for maximum detail and clarity in both video formats.  The camera will focus approximately twice as fast as its predecessor, the α6000, during movie shooting due to the new AF system.  AF speed and AF tracking sensitivity are also adjustable.

Other professional video functions are the ability to record full-HD at 120 fps at 100 Mbps, another first for α interchangeable lens cameras with APS-C sized sensors. This mode allows footage to be reviewed and eventually edited into 4x or 5x slow motion video files in full HD 24p or 30p resolution with AF tracking. The new α6300 also records S-Log gamma for wide dynamic range shooting – approximately 14-stop latitude in S-Log3 gamma setting – and supports S-Gamut for a wider colour space. Both options support a greater scope for manipulating video in post-production. 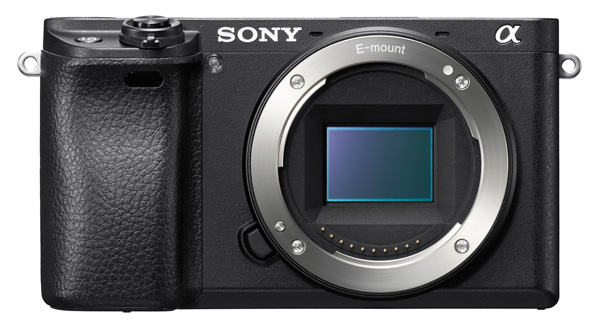 The α6300 camera is built with a high contrast, high-resolution XGA OLED Tru-Finder with approximately 2.4 million dots allowing corner-to-corner visibility. There is also a new mode available for the viewfinder that allows display of images at 120 fps, so that action is displayed smoothly with very few afterimages, making subject tracking through the Tru-finder easier.

On the body 64 different functions can be assigned to nine customisable buttons. The camera is Wi-Fi and NFC compatible. The α6300, body only, will be available from March 2016. www.sony.com.au