Christian Faith Center in Seattle is one of the larger, better known of the evangelical Christian churches in the Pacific Northwest and uses television programming carried on national networks to reach its followers. Until fairly recently, the church had been producing shows on outdated, standard definition equipment, until their networks began pushing the producers to bring their video infrastructure up to date.

Consequently, the Christian Faith Center has undergone a major overhaul that resulted in the whole production unit becoming 4K compatible. In particular, the church pastor Casey Treat hosts a show called 'Successful Living with Casey Treat', a combination of recent church service topics with sit-down interviews, that airs weekly on Trinity Broadcasting Network (TBN) and the Hillsong Channel, owned by TBN. Earlier this year, engineering staff from both networks requested that the show be produced in HD to match the look of their other programming.

Systems integration company Rose Media took on the facility upgrade, which was initially expected to be an SD to HD transition, including the design and build of a separate control room. As a foundation for production, the church started by purchasing four Blackmagic Design URSA Broadcast cameras with two FUJINON XA55x9.5BESM and two XA20x8.5BERM zooms in May 2018. The new 8m x 8m control room was then equipped with a Blackmagic switcher and multi-viewer and a Renewed Vision graphics system, which is specialised for live event presentations. 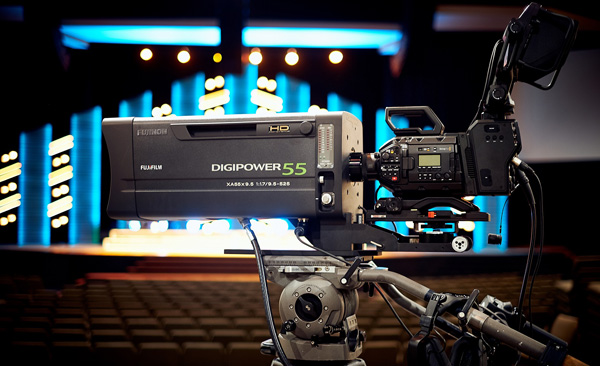 Given the scope of the upgrade, Chad Rose, president of Rose Media, remarked that budget was a primary consideration. For example, the church was very interested in the Blackmagic camera because of its price. Nevertheless, the cameras and all of the production gear are 4K capable. Chad said, “Churches are beginning to see cameras as a four- to six-year investment. They will put more of their money into long-term investments like lenses.”

The new camera, lenses and control room capture content from Casey Treat’s services on Sundays and his video interviews, which comprise the weekly show that airs on Hillsong and TBN. The same cameras and lenses are used for live feeds of the Pastor’s services to other Christian Faith Center locations, to the Church’s main website and other Church location websites, and also for closed circuit coverage within the sanctuary.

“Although the original goal was HD, because of the current availability of 4K-capable production equipment, the entire system is now 4K compatible,” Chad said. “From the switcher to the cameras and lenses, to the multi-viewers, everything is 4K. When the operators in the control room select 4K in the switcher, they effectively move the whole operation from SD to 4K at once.” The change has also been straightforward for the camera crew, who are all volunteers but could start running the new camera and lenses without training or rehearsals.

The cameras are positioned almost 35m away from the stage, calling for lenses that could cover a reasonable distance. The XA55x has a focal length from 9.5 to 525mm, or 19.0 to 1050mm with a 2x extender. It comes standard with optical image stabilisation, making it a good choice for applications that rely on rock-steady close-up shots, maintained for long periods, such as sporting events, houses of worship, corporate presentations or concerts. The standard focal range of the XA20x ENG lens is 8.5-170mm, and extends to 340mm with a 2x extender, but only weighs 1.6kg. 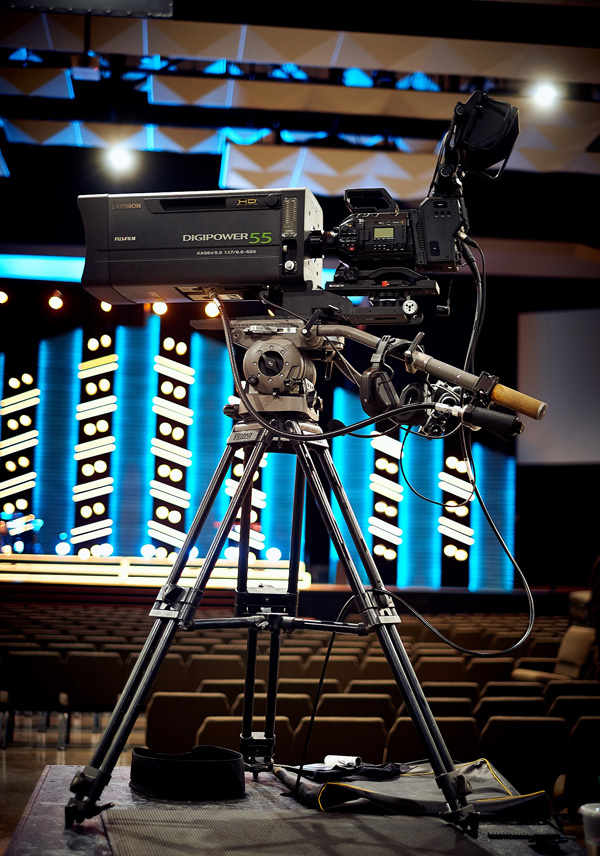 “The 4K image sensor of the URSA camera with the FUJINON lenses has proven to be a great combination for the church's applications,” Chad said. “In general, a film type sensor like the URSA's, combined with a lens that can maintain focus throughout the zoom range and handle varied lighting situations like these FUJINONs, is going to be a real winner for churches. Furthermore, because the URSA Broadcast camera comes standard with a B4 mount, no adaptors are needed.

“The look produced is more cinematic. For example, in these low-lit church environments, camera operators may need to add gain to boost the signal. However, any resulting noise presents in a more film-like way in the image than a typical broadcast camera/lens combination would produce. It’s a very pleasing look.”  www.fujifilmusa.com