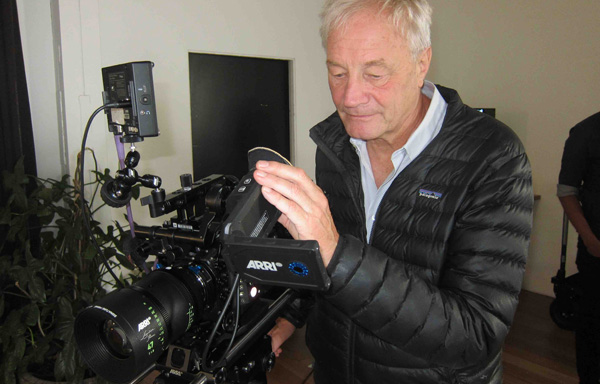 Kees van Oostrum ASC, DP and President of the American Society of Cinematographers, came to Australia and New Zealand from Los Angeles in July 2019 to share his experience with new large format camera systems in a series of masterclasses. He was also guest of honour at the official launches of the new ARRI ALEXA Mini LF camera, held in Sydney on 23 July, in Melbourne on 26 July and in New Zealand on 31 July and 1 August.

“ARRI supplied one of the first ALEXA Mini LF cameras available so far, along with their new ARRI Signature Prime lenses for the masterclasses and launch events,” Kees said. “My job was to explain the potential benefits of shooting with large format cameras and how DPs can use the Signature Prime lenses to design looks to suit all applications.”

Kees started the classes by covering the advantages of large format in general, and in particular 2.40 spherical extraction which presents a new method od caturing and displaying a widescreen image as opposed to the traditional anamorphic technique. “Then we explored the quality of the new Signature Primes and how to match them with classic lenses to create the look, feel, tones and softness that people are looking for. This includes the adding of lens elements to the back of the Signature Primes which enables you to customise the look of the lenses to a very fine degree.”

During each masterclass Kees used an interesting variety of classic lenses, some of which were nearly 100 years old and many of which were uncoated.

“Part of the masterclass was to help the cinematographers understand how much more control they have with modern lenses. The most extreme example we demonstrated was an uncoated lens from 1920 that had many distinctive characteristics. We were able to not only recreate its look with the new Signature Primes but also had the advantage of being able to change the new modern lenses at a moment’s notice.”

He said, “The Mini LF is a large format camera that can shoot full frame 2.40 spherical extraction producing looks reminiscent of video shot with a regular ALEXA or ALEXA Mini in anamorphic format, but without any distortion and with a similar depth of field. These traits are what has helped create a new look that we have not seen before.” 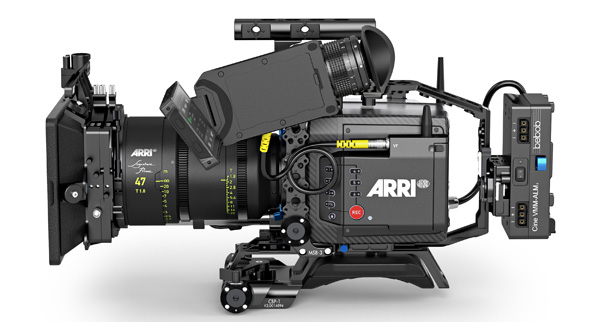 He noted that pushing the ISO of a super 35 camera sensor usually demands stopping at about 1600 ASA, but with the Mini LF a DP can push the rating as far as 3200 ASA without apparent loss of image quality.

“Large format cameras capture much less noise in the image, which means you can afford to shoot at much higher ISOs, and give better results in highlights and lowlights because the sensor holds on to detail in those areas more efficiently. These factors, in turn, also mean you can get away with zooming in to the image more in post without losing much quality.”

Kees also favours the Mini LF’s form factor and functionality in an industry where doing more with less has become essential. “The Mini LF feels as though it is half the size of an ALEXA LF, but with a substantial portion of its features. Its viewfinder is excellent and gives a much better representation of the image than the previous ALEXA Mini finder,” he said. 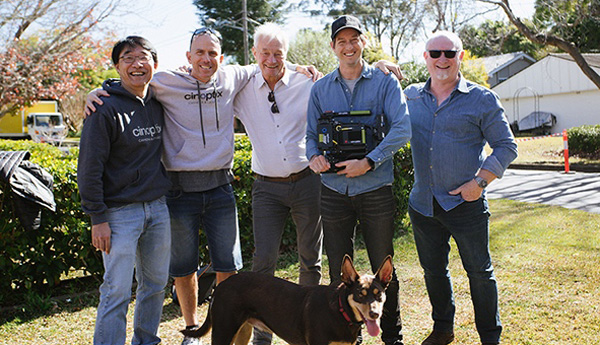 “This camera has many applications from commercial work ranging up to longer-form features. Because its sensor has characteristics identical to the ALEXA and ALEXA LF sensors, a filmmaker now has the opportunity to shoot a hybrid format production that might, for instance, predominantly use Super 35, but use the Mini LF for extreme wide or VFX shots.”

A Steadicam operator, Pat van Weeren, gave a demonstration of large format on the ARRI Trinity 5-axis camera stabiliser. Kees also handed over one of the first pre-release Mini LFs to Stefan Duscio ACS to use on the forthcoming movie ‘The Invisible Man’, currently shooting in Australia with the Mini LF and ALEXA LF cameras, hired from Cinoptix rental.  www.arri.com