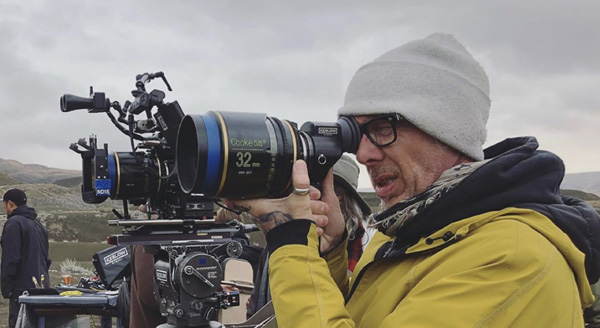 DP Sam McCurdy, BSC shot the second season of Netflix sci-fi TV show 'Lost In Space' following the journey of a family of space-colonists whose spaceship veers off-course. However, instead of the spectacular visual style of many science fiction programmes, the series has always focussed on the Robinson family, which led to essential production decisions.

“We chose a 2.20:1 aspect ratio so we could hold more of the family in group shots within the same frame, without having to cut between them,” said Sam. “This also gave us a much greater landscape to view, immediately resulting in a more cinematic language and a broader scope for storytelling.”

Sam had shot the first season with RED HELIUM cameras and Leica Summilux C lenses, but changed to a combination of the RED MONSTRO with Cooke 5/i lenses for Season 2. 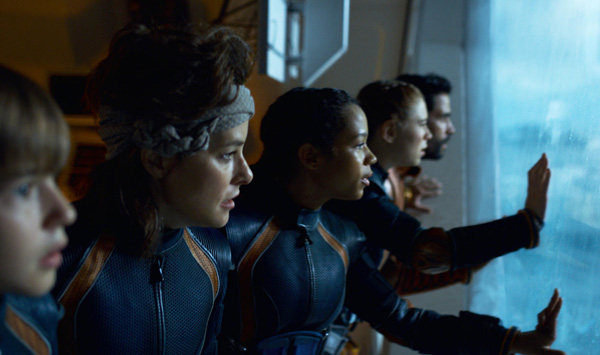 “I’ve always been a fan of RED. I have stood by them since the first incarnation of the RED ONE and, for me, the sensors are like film stocks – you just need to find the right stock, or sensor, for the project at hand. So, we tested the MONSTRO sensor and, as I expected, it was perfect for ‘Lost in Space’. It gave us the chance to interpret the story with a lot more flexibility than many other sensors would have afforded us,” he said.

“For lenses, in Season 1 I’d found that in the final colour correction, the blacks were a little too severe for me – it was purely a personal aesthetic, but I couldn't maintain the shadow lift that I’d seen on set when it came to the final HDR grade.”

To overcome that severity, Sam tested the Summilux C lenses against several others, including Cooke 5/i lenses. Although he had used and liked Cooke lenses several times earlier on, before testing, he had initially discounted them for this particular project. 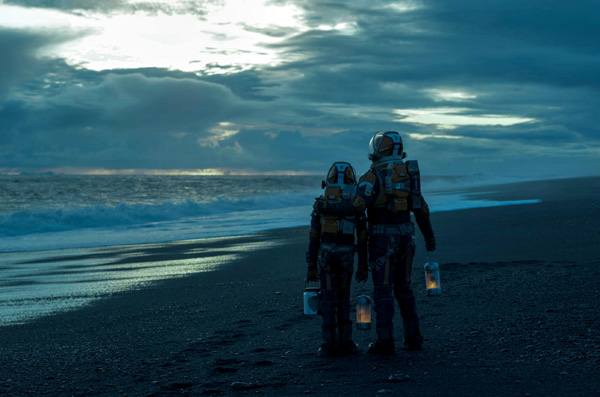 He said, “I have used S4/i lenses on many movies, from the horror film ‘The Hills Have Eyes II’ to ‘The Devil’s Double’, a drama action movie. There was always that Cooke gentleness that was amazing on film, but I felt that too many people paired them with the Alexa for television and I started to notice the look. I found myself drifting away from them for TV work, but testing the 5/i for ‘Lost in Space’ changed my mind.

“I knew I wanted a more cinematic look. I wanted to hold more information in the shadows, especially in the final grade. Some DPs tend to want more contrast because it catches the eye, but this series was never about sensation – it was about reality and believing in the places you’re in, and that is what the 5/is gave me. That Cooke warmth was there, of course, but what I really noticed was the retention of subtle colours.

He wanted to push the underlit feel on Season 2 and found the Cookes were able to hold onto the gentleness of under-lighting, especially in the HDR grade. He also discovered while testing that the 5/i rear element seems to cover more sensor than any other lens not specialised for large format cameras. There was minimal vignetting on all lenses in the set other than the 18mm.

During the shoot, Sam needed to bear in mind the requirements for post production, which included recording /i Technology lens metadata, an automatic process that digitally records the precise lens settings, frame-by-frame, all synced to timecode. “’Lost in Space’ is obviously a very heavy VFX show, working with several vendors, and in such cases, the VFX producer and supervisor insist on all the information they can get from set,” he said.

“We pride ourselves on the blend of real and VFX on the show and are meticulous in gathering information for the VFX team. Being able to realistically recreate the data of a lens and the aberrations of a lens sometimes make all the difference in the lights and composite. Both the 5/i and the /i Technology sensor proved their worth every day.”

Cameras and lenses came from Keslow Camera in Vancouver, BC (near the filming locations) who supplied Sam with the complete range of focal lengths available, from 18mm to 135mm. “We primarily used the 18mm, the 25mm and the 32mm – going to a 40mm was deemed a long lens for this series. I carried no zooms at all on the show,” he said. 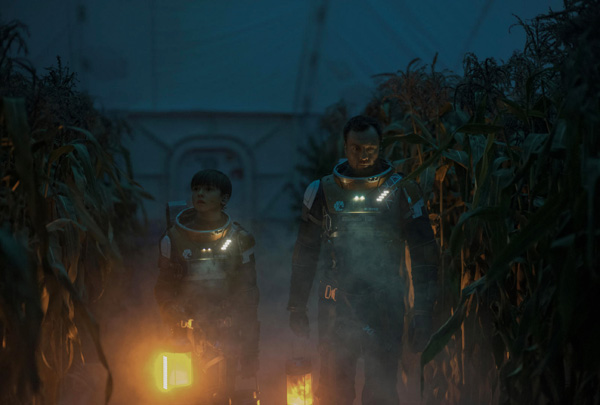 The 5/i handled strong light sources and darkness equally well. “I like the dark, especially in space! That meant we were always dealing with very dark areas of the screen that I wanted to protect and not end up with just black – I wanted tones in there, which the Cookes gave me,” said Sam.

“We also shot directly into a lot of light sources, so flare was another creative choice for the 5/is. We built our own flaring rig that revolved around the camera, which I used to enhance and add in-camera flare wherever we were. The Cooke 5/is should take a lot of credit for the look of the second season. They gave me exactly the look I wanted – every scene held up like the movie that I wanted it to feel like.”   www.cookeoptics.com