'Legacy of Lies' is a new action thriller about an ex-MI6 agent forced to return to the world of espionage to uncover the operations of an unknown secret service organisation. Working on a budget of US$4.5 million, the production aimed for a big blockbuster look and feel. Adrian Bol is the writer and director, working with cinematographer Simon Rowling.

“We decided that the wide anamorphic aspect ratio was a must to give ‘Legacy of Lies’ that blockbuster look,” said Simon. “The Cooke Anamorphic/i lenses were perfect for that. They didn’t create the anamorphic distortions on the edges of the image that can distract an audience from the story, and there were no unpredictable flares that you can get with older lenses.”

He tested a number of anamorphic lenses based on what would be available from Patriot Rental in the Ukraine, who supplied the kit for the shooting sessions, held in both the Ukraine and the UK. “I knew what the Cooke lenses were capable of and that they would give us a nice anamorphic feel, as I used them on my first anamorphic shoot, 'Cognition', five years ago,” said Simon. He chose the Cooke range of prime lenses and a 4:1 Anamorphic/i zoom. 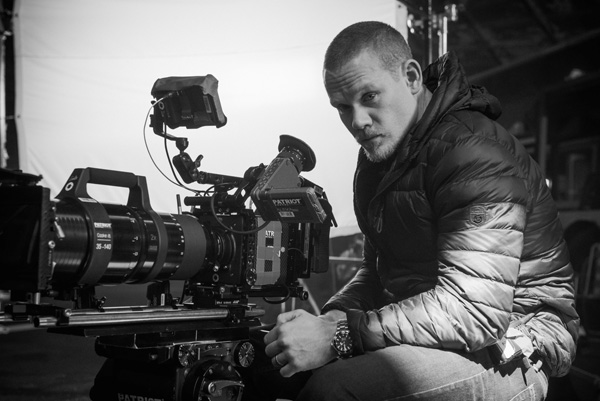 “After testing, I knew we would get the same oval bokeh from the Anamorphic/i zoom lens throughout zoom and focus that we would get from the prime lenses, plus all the other desirable characteristics you want when shooting anamorphic.” Beyond the wide aspect ratio, the lenses produce a horizontal, bluish flare and oval shaped bokeh, and have a shallower depth of field.

“The director Adrian Bol takes his vision from the script, giving us strong visual references and talking about how the lighting should look. So I created what he had written, complete with neon London lights streaming through window shutters,” Simon said. “During our initial conversations, I sent Adrian my mood boards – three of the five boards were the same as his. That helps a lot when director and cinematographer have similar visions — an artsy feel at certain moments, but keeping a dirtier eastern European ‘Mission: Impossible’ style underneath.” 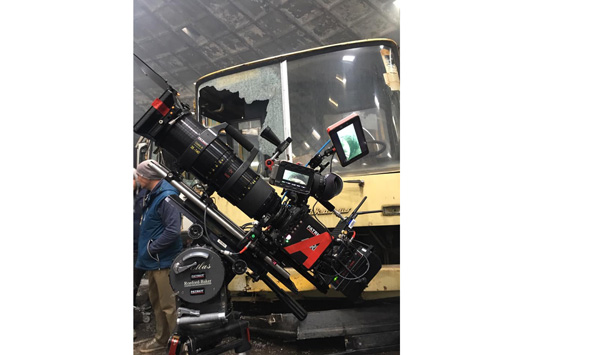 For half of the 26-day shoot, the crew shot with two ARRI Alexa Mini cameras to cover the high-action gunfight scenes. Camera work and position were important to the look, so they also had a Steadicam on standby throughout the production, which the A-camera focus puller Rupert Peddle used over 10 days or so. A local replacement was hired to cover for him when necessary. “There’s lots of running with a time element in the film, so we wanted to use the Steadicam to aid this,” said Simon.

“In terms of other grip equipment, we used a 2m slider, dollies and small jibs for the up/down movements that could place the camera in a chosen position quickly. However, we did use a Technocrane on the first day. On some locations we used a Panther foxy crane, to gain some great establishers. I just sat on the end of the 20-foot crane to get those high establishing shots. 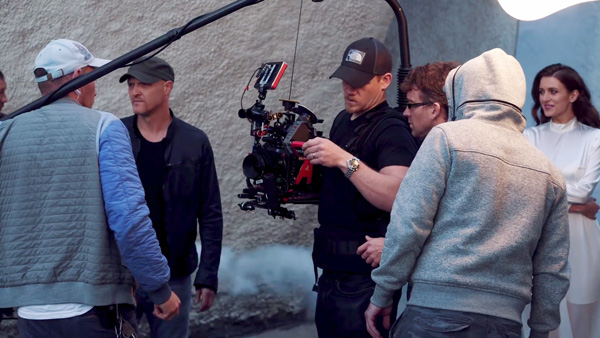 Simon Rowling with the Steadicam. On his right in the grey cap is director Adrian Bol.

“The anamorphics really shine when playing with the space around the actors and utilising that negative space. It’s a great visual feeling.” Such spaces may express isolation or expectation that the character is experiencing, or that the director wants the audience to feel about the character, at that moment.

Like any cinematographer, Simon had his favourite lenses for the project. In this case, the 25mm and 32mm, the two widest lenses, did an excellent job of showing off the architecture of Kiev during the first day of production and featured in the first minute of the film. “I had this tingling sensation with the 25mm, a ‘wow, this is wide’ realisation and it was great,” he said.

“We had a lot of cat-and-mouse chases in the beginning with people hunting each other. For that, I used the 100mm and 135mm for over-the-shoulder shots and certain perspectives I wanted to capture. The 35-140mm 4:1 Anamorphic/i zoom was a great lens for shots of snipers in towers.”

The opening scene of Legacy of Lies takes place 20 years in the past, and Simon found the Cooke lenses were ideal for the look he wanted there. “The Anamorphic’s characteristics at the edge of frame on the Super 35mm sensor were really nice. Capturing this effect in camera was nicer than adding it in digitally. The 25mm produces a 12.5mm spherical super-wide horizontal field of view – without adding any exaggerated anamorphic curvature to the image. 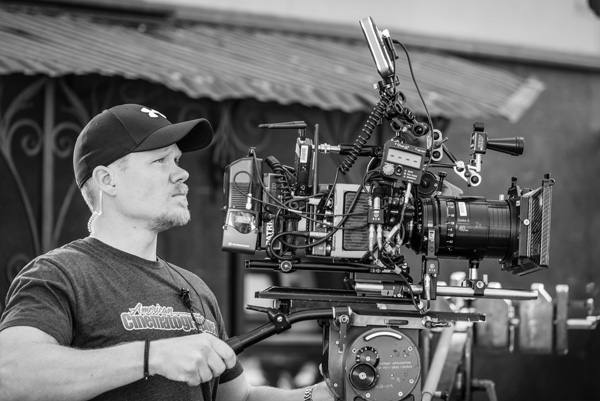 Simon also found Cooke’s /i Technology to be very helpful for post. He said, “If we had to go back and do pickups, we didn’t have to write anything down. We had the information automatically, which is very useful in post when matching certain shots based on the lens used and its settings.”

He likes the way the Cooke Anamorphic/i primes and zoom make this technical side of filmmaking easier for the DP. “The lenses all matched very well, and fit beautifully into the drama of this dramatic action story. Since the lenses didn’t bloom with backlights, I also didn’t have to flag any, which I always prefer.”

‘Legacy of Lies’ was released initially on 28 July 2020 on DVD and streaming in the US, and is due for release in the UK on 12 October 2020. Sequences from the film and production and technical information can be viewed on the Shot On Cooke web site.  www.cookeoptics.com