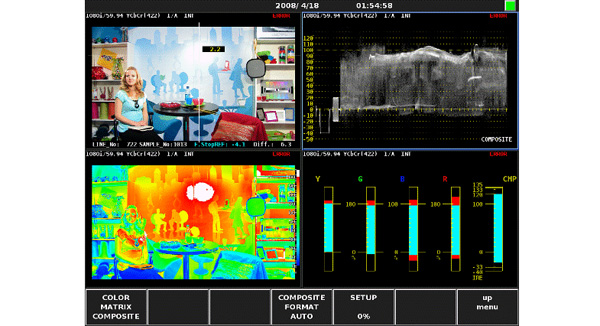 Clint Paglaro is a Canadian digital imaging technician and the founder and operator of Genlock Digital Imaging. He recently purchased an LV5350 waveform monitor, from the Leader Electronics ZEN Series test and measurement instruments, to use with his LV5330 multi-SDI test monitor as master reference tools.

"Over the time I’ve been in the industry, more than 20 years, Leader has been among the best sources for waveform monitors and vectorscopes, and today I use Leader equipment in my work as a DIT," Clint said.

"As 4K SDI imaging is now in demand, I chose the new LV5350 for its 12G capabilities. Most recently, I've been working on television series projects in Vancouver, BC. We shot three seasons of 'Siren' and recently started season two of the drama series 'Motherland: Fort Salem'. The LV5350 scope is able to handle the 4K 6G SDI signals coming off the Sony Venice cameras we are using. 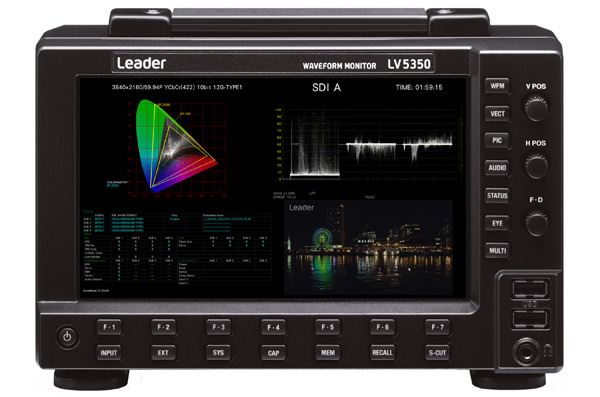 "We currently use the LV5350 waveform monitor and LV5330 multi SDI test monitor side by side, on the DoP-DIT cart. Because it’s necessary to measure all aspects of camera exposure and colour, the Leader systems are among the most important devices on set. The three features we use the most are waveform, vectorscope and CINEZONE false colour.

"The waveform is set up in a multicoloured overlay with four colour channels, but I often keep it on a multipage layout with the CINEZONE, waveform and vector on the same screen for general monitoring. We often go full-screen when doing precise readings, but otherwise having several different options for the monitor page layout is very useful. The screen capture function is also handy.”

Leader's CINEZONE and CINELITE, which are features in the LV5350, are used by many DITs and DPs on set. CINEZONE visualises the luminance levels in the picture using different colours, revealing the overall luminance distribution. Users can detect overexposure, underexposure and different luminance levels in dark areas. With CINELITE, the cursor is used to select any three points – a single pixel or the average value for a small area – and display their f-Stop numbers, percentage values and level values. 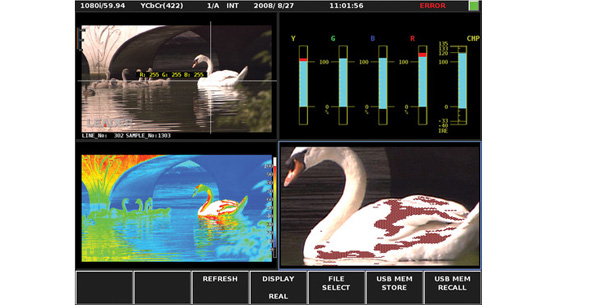 "My job is to work alongside the DoP to design the look of each show before it hits the lab, and I help to get the colours and tones dialled in so that dailies are colour-timed just right. The DoP and I set up light and colour levels using the Leader devices on my DIT cart just off the set, often in a dark tent. It helps us determine colour temperature and light levels," Clint said.

"We also use the Leader instruments to monitor the live colour grading we do initially on set with the stand-ins, or second team, then fine-tune when the actors or first team are on camera. Meanwhile at each step, the devices continue supplying critical information about all the cameras we are shooting with.

"When we send colour-timed footage to editorial, the DoP and final colourists don’t have to worry about the broad strokes because the colours and tone are set from the start. Because they don’t have to work from scratch, they have more time to fine-tune images. 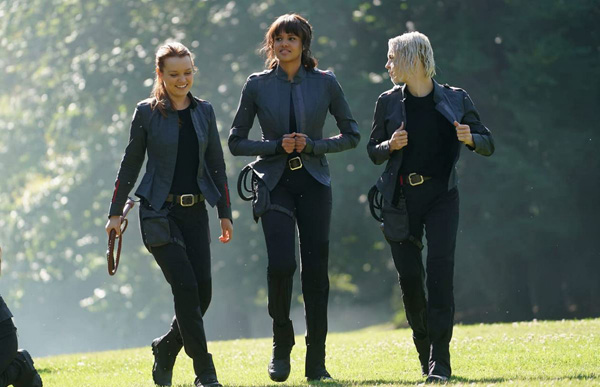 "In terms of bringing the DoP's vision to life, even before I owned my own equipment, Leader devices were in all the camera rental houses across North America. Their waveform monitors are precise, intricate and well thought out compared to many other devices on the market." LV5350 can also be rack-mounted and operated on AC or DC power."

First shown at the NAB Show in April 2018, the LV5350 waveform monitor incorporates tools needed for production ranging from a focus assist, customisable screen layout and a tally interface, to support for 4K/UHD, 12G and 6G-SDI. It has a CIE chroma chart for colour space issues and simultaneous SDR and HDR monitoring and includes PQ, HLG and SLOG3 HDR measurement.

The Focus Assist uses a new algorithm optimised for focussing high resolution images across a very wide range of image contrast levels. The LV5300 waveform monitor handles the same tasks as the LV5350 but also includes an eye-pattern display with jitter measurements.  www.leader.co.jp