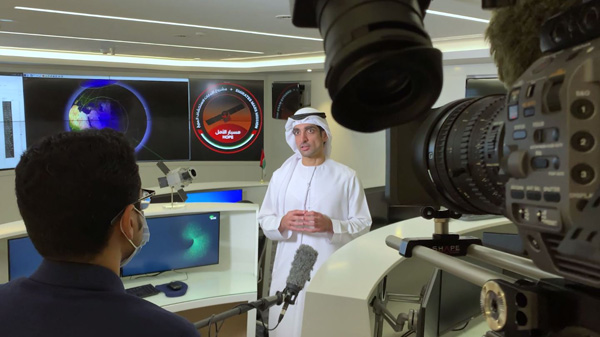 In July 2020, the UAE launched the Hope probe from Japan’s Tanegashima spaceport. Marking the 50th anniversary of the unification of the United Arab Emirates, the Emirates Mars Mission is the Arab region’s first interplanetary voyage. Hope is scheduled to reach its destination in February 2021 where it will orbit Mars for two years, investigating the Martian atmosphere and weather systems.

To support news coverage of the event, BBC World News commissioned media971, a production company that produces material for broadcasters and corporate clients for TV and online and social platforms, and works out of locations in London and Dubai. media971 cofounder and managing partner Paul Mongey worked with the BBC team to compile the network’s report, capturing footage at the Mohammed Bin Rashid Space Centre (MBRSC) on launch day and during the lead-up for global transmission.

For some years, Paul has chosen to shoot most projects with the Sony PMW-F55 CineAlta 4K camera, which he uses for news, documentaries and corporate work. However, for the BBC's coverage of the Mars mission, Paul decided his PXW-FX9 6K full-frame camcorder would be a better match. 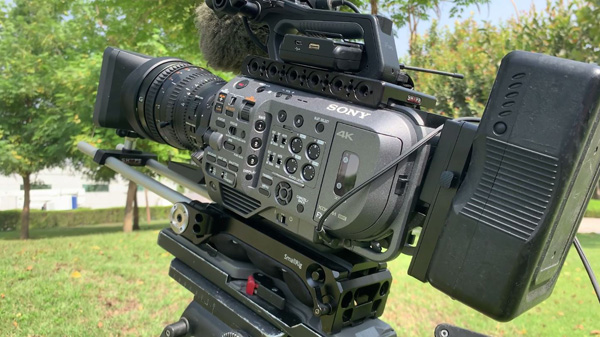 Ahead of launch day, Paul visited the space centre with his FX9 to shoot an interview with EMM Project Director Omran Sharaf. Accommodating production restrictions due to Covid, his pre-shoot visit also covered B-roll material around the MBRSC site, the master control centre, assembly clean room and a replica of the actual Hope spacecraft. This pre-shoot content was then assembled back at media971's edit suite, with the correspondent filing their voice track from the BBC office in Dubai Media City.

The pre-edited package was supplemented on the actual launch day when Paul returned to MBRSC to cover the press conference along with about 30 other news crews. Live press-conference footage was sent via cabled connection from the FX9's SDI port to the input of a live streaming encoder. This stream was then transmitted over the air via bonded 4G cellular connections into the BBC's server at New Broadcasting House in London.

“Choosing the FX9 meant I had some features to work with that suited this story very well,” said Paul. “For me, the main advantage is the camera's colour science. For news projects like this one I'll shoot in S Cinetone, the monitoring look that comes with FX9. It’s capable of capturing good-looking images directly from the camera without having to make adjustments, and saves time when you can't afford to miss news deadlines.” Based on the colour science found in the Sony VENICE, S-Cinetone gives a richer, more cinematic look to video. 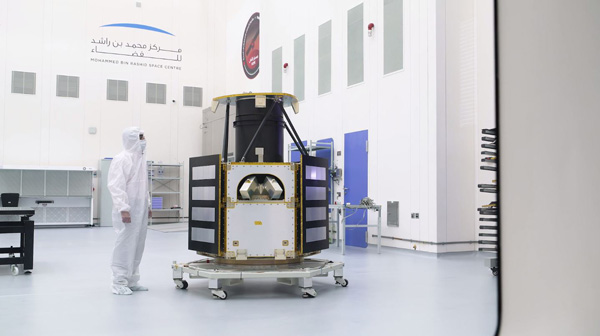 While most of Paul's commercial work is shot and delivered in 4K, news clients typically require a package in full-HD. “Even if the end product is HD, by default I'll shoot everything on the FX9 in 4K. That gives me freedom in the edit to crop digitally if I haven't had the time to reframe every single shot when I'm at the location,” he said.

“The FX9 has been an excellent camera for many of our commissions at media971 due to its picture quality, versatility and handling. Alongside our broadcast projects we also produce high-value corporate work for clients like Emirates Airlines, Porsche and the British Council. For a recent commercial job, I shot on the FX9 in 4K S-log, doing some very basic grading on the proxies that I shared with the client to show the look they were getting.”

For single-operator work Paul finds the ergonomics of the FX9 are a marked improvement on his favourite F55. “The F55 is lovely, but by comparison with the FX9, it is in fact more of a high-end cine camera, and wasn't originally intended for one-man operation in a busy news environment. In such cases, the FX9 stands out for run-and-gun projects, when it's just you and the journalist with no other supporting crew on the ground.” 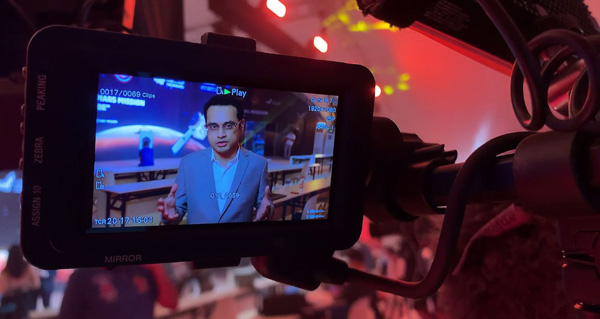 “This functionality really helps with news because, if something happens suddenly you can switch on the camera and start shooting immediately, even if your external mics are packed away at the bottom of a rucksack. With those two channels as a backup, you’ll never be caught without some kind of audio. The FX9 also gives you complete control over sound, with real level controls to adjust each channel separately instead of having to bring a separate microphone mixer with your gear.”   pro.sony