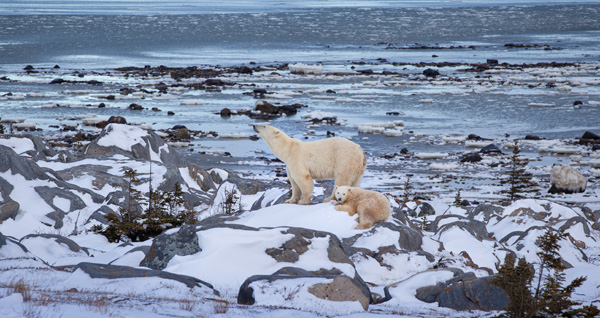 The new series ‘Arctic Vets’, an original program produced for Canada’s national public broadcaster CBC, gives viewers an insider’s look at the splendid wildlife that inhabits Canada’s north including polar bears, arctic foxes and wolves. It introduces the creatures through the work and experiences of the veterinarians at the Assiniboine Park Conservancy who work continuously to keep them safe.

The series is produced by an independent studio, Entertainment One (eOne), with DP Andre Dupuis and camera and sound operator Scott Wilson of Echo Bay Media. 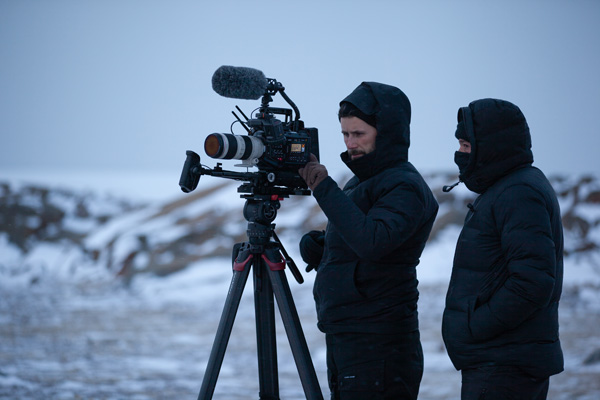 When traveling to Churchill, Manitoba, sometimes called the polar bear capital of the world, Andre and Scott chose gear that would allow them to capture high quality, engaging footage of the polar bears while maintaining a safe distance.

“All the shots in the wild were captured with the URSA Mini Pro 12K to achieve a super high resolution, sharp image,” said Scott. “Being able to shoot in 4K, 6K and 8K with just one camera is remarkable and makes the camera an excellent option for many filmmakers because it adapts to their production needs. 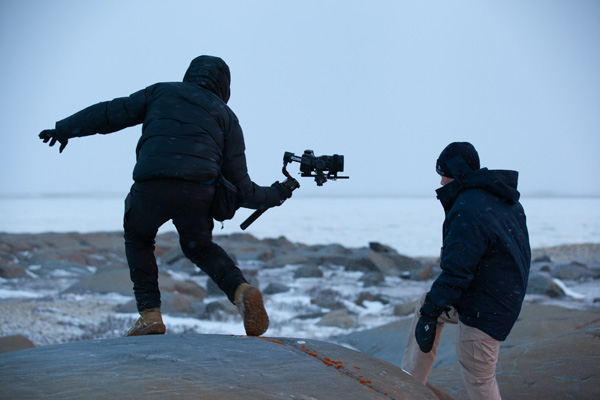 “The URSA Mini Pro 12K allowed us to film wildlife with long lenses to stabilise images and punch in on shots while retaining highly detailed images in post. Since we were ultimately mastering in 4K, being able to centre-crop an image without losing resolution was essential to us.

“It was crucial when dealing with wildlife, since it not only allowed us to maintain a safe distance but also gave us some flexibility when framing shots, as the animals can be unpredictable. The camera’s resolution, 12-bit Blackmagic RAW and 14 stops of dynamic range also gave us the latitude we needed to properly capture the white polar bears against snow-covered ground and relatively white and grey skies.” 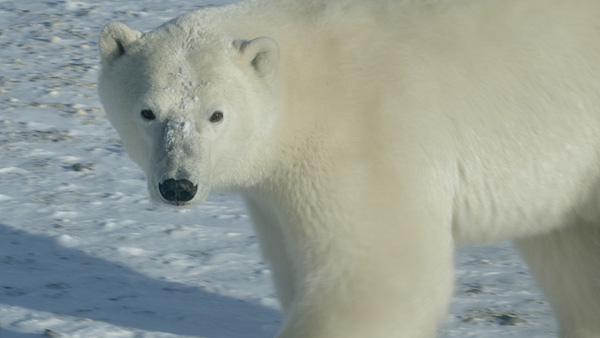 While the team usually kept their distance from the wildlife, sometimes the veterinarians’ missions brought them up close to the creatures. In one such instance, a polar bear had to be transported to a location near the Nunavut border in northern Canada to be released into the wild. Scott used a Pocket Cinema Camera 6K mounted on a gimbal for quick, close up shots while the polar bear was moved by a helicopter.

“Sometimes you need to move fast, especially if a polar bear is on tranquilizers,” he said. “The Pocket Cinema Camera 6K allowed us to move safely and came in handy when capturing alternative coverage, given its small form factor and ease of use.”

“We had an arsenal of gear with us during the whole shoot and one of the key benefits across locations was the shared Blackmagic OS for all cameras. It allowed our crew members to switch cameras easily as they all looked and felt very similar, so we were able to adapt in a heartbeat,” Scott said. 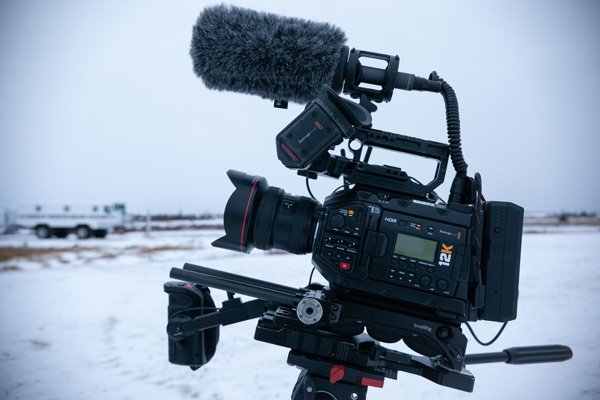 ‘Arctic Vets’ was shot in Blackmagic RAW, which allowed eOne to retain high image quality at lower bitrates, helping them to limit the cost for storage and spend less time on data transfer.

To colour grade the series, eOne collaborated remotely with JAXX Creative in Toronto. The colourist at JAXX, Dave St. Louis, said, “When you’re working with a lot of footage at a quick pace and remotely, you need a reliable system. With DaVinci Resolve Studio we were able to simplify our workflow and manage the RAW footage as a single pool of media.”    www.blackmagicdesign.com