When writer/director Christian Rousseau envisioned the look of his independent feature film 'No Loss // No Gain', he knew that the two worlds it portrays would need to be photographed differently. He hired the first and second unit cinematographers to each handle one of those worlds, and create the contrasts between them to help tell the story.

Although the idea of using completely different lenses from two different manufacturers hadn’t initially been part of the plan, early on in pre-production, cinematographers John Sedlack and Kate Steinhebel had to swap the unit each would photograph, which led to re-thinking the gear they would use.

Originally, Kate Steinhebel had been assigned to shoot the first unit, while John Sedlack shot second unit. But after Kate found she had a scheduling conflict and switched duties with John, Kate took the opportunity to pitch the idea of using Cooke Optics miniS4/i primes for everything she and second unit would shoot. That pitch proved to be serendipitous for 'No Loss // No Gain'. 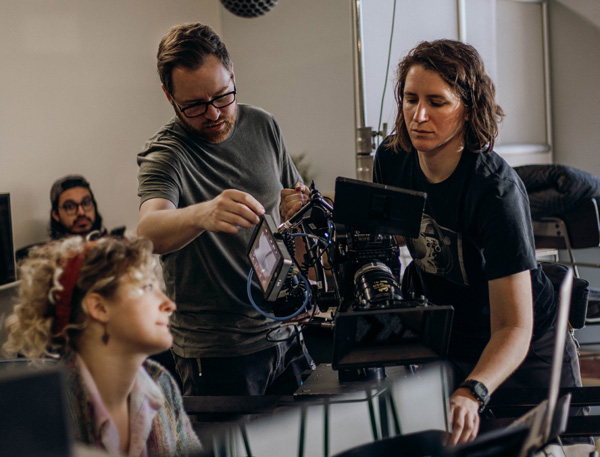 This film’s story of a mysterious modern-day Robin Hood, who gives the victims of a bank robbery a million-dollar opportunity, unfolds primarily in a small town bank over the course of one day and night. First unit took over those scenes in the lobby and conference room of a real, local bank in San Marcos, Texas, that became the set where the production shot at the weekends.

Meanwhile the second unit’s work opens up the larger, mainstream world outside the bank as the story shifts into the offices of corporations and government departments. Creating contrast between these two story elements was critical for the director Christian Rousseau.

“The bank was a tight environment and we wanted to capture that kind of look using the RED Epic Dragon (6K) as our A camera and the RED Scarlet (4K) as our B cameras for the main unit,” said John. “While our lens choice was originally to be the same for both units, Kate had that great idea about the Cookes – because she’s a great DP.”

“I knew that the more sophisticated, expensive look that I could get out of Cooke miniS4/i primes teamed with an 8K RED Helium sensor would really enhance the project and give Christian room to move around the frame,” said Kate. “It just took a little convincing. The corporate world I would be shooting is entirely different from the tight confines of the small bank’s conference room. I would be shooting government officials, bank executives and a high-end hacker’s office, plus mansion exteriors and in parks – that’s an entirely different look and feel.”

Kate has her own set of Cooke miniS4/i primes, consisting of the 18, 25, 32, 50, 75 and 100mm with swappable coated and uncoated front elements. With her experience of what Cookes are capable of, she felt that they would be perfect for the project. “I’ve always had a natural affinity for Cookes, looking at that bokeh or the falloff. Frequently, I would read about a film in American Cinematographer magazine and at end of articles the lenses would be listed as Cookes. Likewise, whenever I saw films that I thought were shot beautifully, I would check on shotonwhat.com and usually discover that they were also shot with Cookes.” 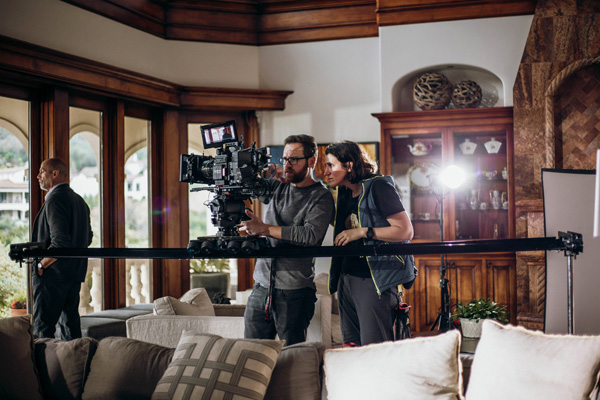 To convince Christian and John to use Cooke miniS4/i primes, Kate shot screen tests in LA while the first unit was filming in Texas. “I had just bought the lenses and shot tests in 6K on the RED Helium and in 8K on a RED Dragon. I sent Christian and John some stills, and then sent a second batch with colouring showing them what they could get from the Cooke lenses versus what they were using on the first unit.”

“The look of Cooke’s really wowed us,” said John. “Shooting on two different lenses doesn’t take away from the story – it adds to it with the two different worlds. I would be shooting with a set of Canon CN-E 24, 35, 50 and 85mm lenses, and against those, the Cookes shot clean and opened everything up without the gritty feel we created in the bank.”

That decision would give 'No Loss // No Gain' an entirely new atmosphere with looks from the different DPs that complement each other. “Kate amplified what we were going for,” said John. “In fact, it enhanced everything. It really took me aback for a minute when we saw what she was proposing … and why she was first pick for the first unit.”

What sets the second unit story apart from the first unit’s blue collar bank robbery story is that it deals with white collar crime. “The Cooke lenses gave us a nicer, softer appearance with great cinematic falloff, compared to the more reality driven main unit lenses. We had our own distinct look, plus the ability to use /i technology on-set for monitoring, which is very helpful,” said Kate. 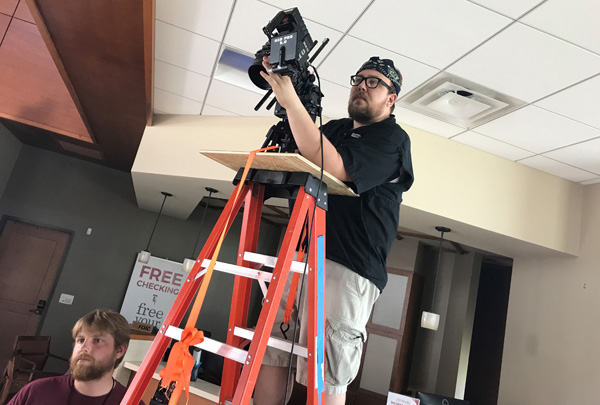 “The Cookes really expanded our world out of the bank, which is a story like '12 Angry Men' or 'Dog Day Afternoon', but it made 'No Loss // No Gain' our own,” said John. “Eighty years down the line, I hope that someone will be referencing the film for what we were able to accomplish.”