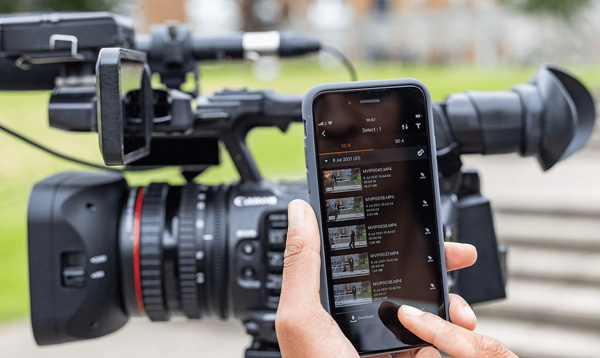 The compact new Canon XF605 4K camcorder and 10x16 KAS S 8K BCTV zoom lens are made for broadcast and professional production applications, designed in particular for videographers working on their own in news gathering, studio productions and other shooting environments.

The XF605 records 4K 60p/50p 4:2:2 10-bit image quality and full-HD at frame rates up to 120 fps in a small form factor. It has a 1-inch type CMOS sensor and DIGIC DV 7 processor, and a high magnification 4K L-series lens that achieves a 15x optical zoom in 4K and 30x zoom in full-HD. The camera also has custom picture options that can be adjusted to suit different applications and make users more flexible in post or in the field. Options include HLG or PQ format HDR, Canon Log3 and user-created Look Files.

Built with Canon’s 5-Axis image stabilisation system, the XF605 can capture stable footage under dynamic shooting conditions. Choosing from four IS options, users can combine different settings in Standard, Dynamic and Powered IS modes to set up effective IS operation for a specific environment.

The XF605 is the first model in the XF series that uses Canon’s fast, accurate Dual Pixel CMOS Auto Focus System, which includes Eye Detection AF and the EOS iTR AF X intelligent head detection and tracking functionality. The system maintains sharp focus on an individual, even if they turn away from the camera. From the new Direct Touch user interface, users can quickly select subjects to focus on, control on-screen settings and playback, and navigate the menus. 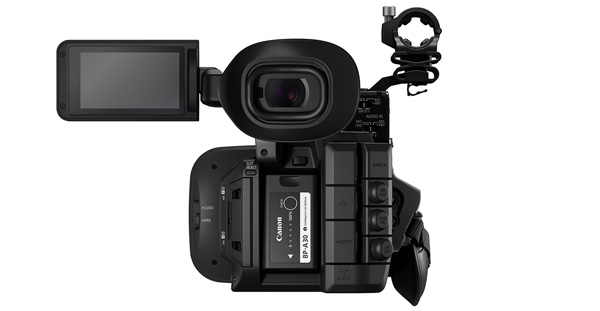 The XF605 is about 10 per cent smaller than the XF705 and 600g lighter, weighing approximately 2kg. Designed mainly for single operators, it has a special accessory shoe for use with accessories that are either very new or in development now. The first of these is the CA-XLR2d-C high definition XLR microphone adapter from TEAC, which makes it possible to assign XLR inputs to the camera’s four audio channels. 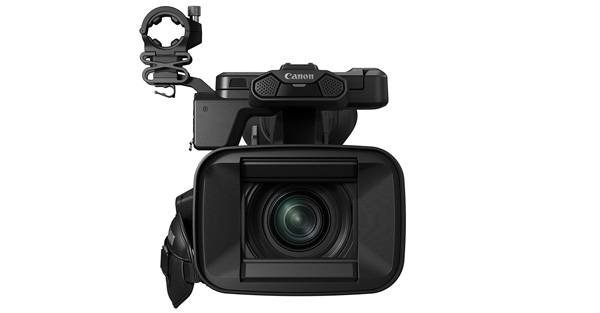 With dual SD card slots, the XF605 can record different file formats, resolutions, colour sampling and proxies simultaneously to separate cards. It is also possible to output the images simultaneously to both 12G-SDI and HDMI connections, which can be fed into any combination of monitors, broadcast and recording systems to support live and pre-recorded workflows.

The camera is compatible with Canon’s new Content Transfer Mobile (CTM) app used to edit news metadata before and after capture. The footage can be imported from the camera to a phone for instant transfer to broadcast station servers, for example. 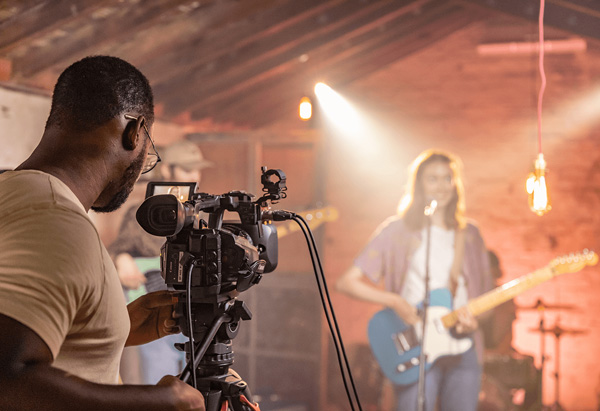 Weighing 2.94kg, the 10x16 KAS S is portable, durable and features a 10x optical zoom from 16mm – 160mm and a constant f/2.8 aperture. The lens achieves consistent image quality across its zoom range, from wide to telephoto shots. By developing the 10x16 KAS S for 8K broadcast applications, Canon says they are addressing the current and future demands of the industry.  www.canon.com.au