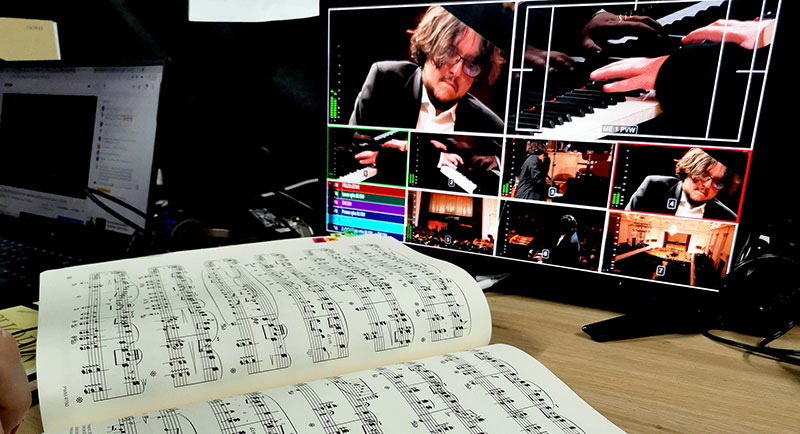 Every five years, Poland’s Fryderyk Chopin Institute holds the international Chopin Piano Competition, a classical music event at Warsaw Philharmonic Hall where many of the world’s best pianists take to the stage alongside the Warsaw National Philharmonic Orchestra.

The most recent event was held in October 2021, when live production specialist transmisjelive delivered live coverage of the competition’s preliminary rounds, as well as concerts by the winning musicians, which were broadcast on the Chopin Institute’s YouTube channel and mobile app, attracting an audience of millions of viewers and listeners around the world. Originally scheduled for 2020, the event had been postponed twice due to the COVID-19 pandemic.

The Chopin Competition was first held in 1927. One of the only competitions in the world devoted to one composer, it has occurred every five years since 1955. It is also one of the most prestigious contests in classical music today, and often brings instant fame to the winners through major concert dates and recording contracts. The winner in 2021 is Canadian pianist Bruce Xiaoyu Liu. 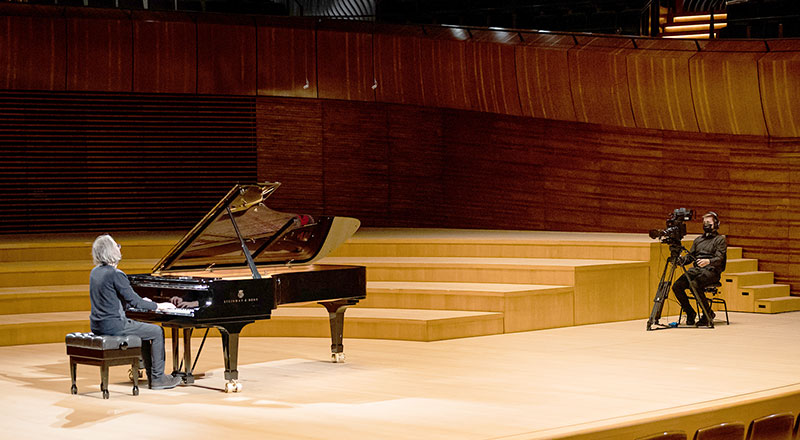 transmisjelive’s production schedule involved two multicam sessions of up to 4.5 hours per day. “From the beginning, our client had an ambitious goal in mind in terms of production,” said Artur Kuszel, producer at transmisjelive. “We decided to produce the entire series of shows in 2160p50, not only to demonstrate how broadcast quality had developed since the last event five years, but also to ensure that the majority of viewers watching online could enjoy an inspiring experience, just like the spectators in the auditorium.”

To capture every performance detail, the team set up Blackmagic URSA Broadcast 12G 4K cameras, matched with Blackmagic Camera Fibre Converters and Studio Fibre Converters, at very specific locations around the venue, including within the orchestra itself.

“A major challenge, due to the design of the Philharmonic Concert Hall, was getting the crucial shot of the pianist’s right hand,” said Artur. “We paired one of the cameras with a x90 lens, which was the only way we could ensure a crisp, clear image to give the committed fans in the audience the detail they needed to accompany the piece.” 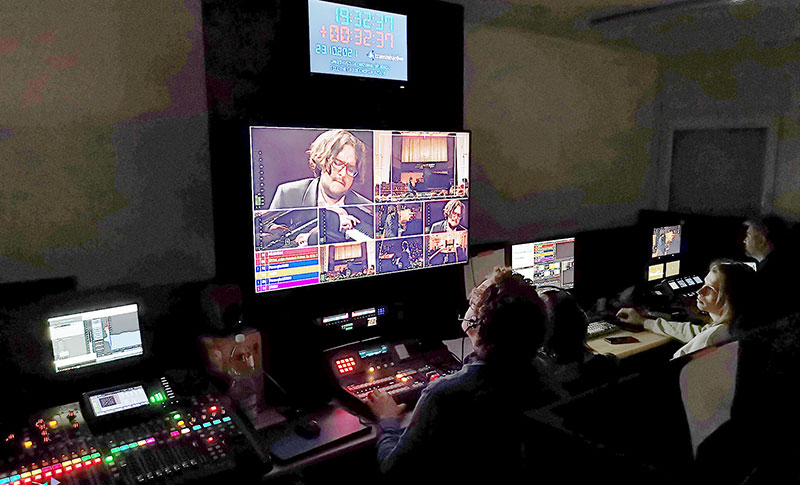 He has found that one of the most important features of the URSA Broadcast and fibre converter workflow is the ability to send additional signals via the camera tracks. “In our case, it was the unconventional shot feedback, as well as third party integration, which enabled a certain level of automation during each broadcast,” he said. “As a result, our camera operators were able to continuously keep track of the shots required, as well as see the program feed.”

To monitor program video, the camera has a PGM (program) button that switches the viewfinder from the camera display to the program return feed from the switcher. While operators wait for their camera to be used, this program return allows them to watch the show, keep up with what is happening and stay alert.

The URSA’s features for larger, live events include the ability to use handheld cameras to shoot from sidelines, for instance, or set up dispersed, fixed positions, and if operators need to work at a distance from the switcher, they can add a fibre converter. The Blackmagic Camera Fibre Converter has remote talkback, tally, camera control from up to 2km away using standard SMPTE fibre cable. 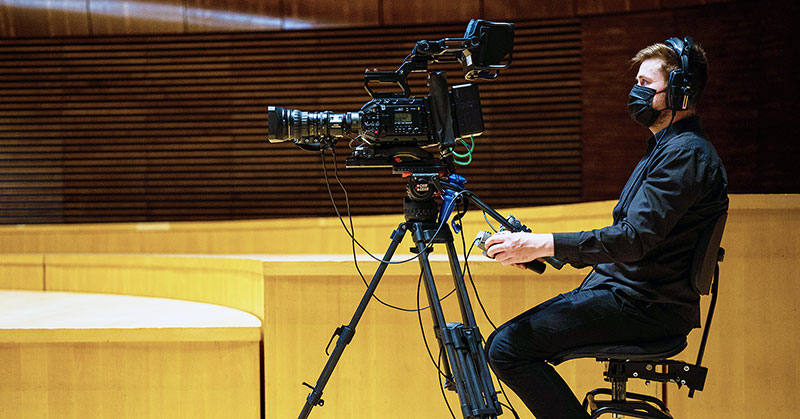 The program was mixed on an ATEM Constellation 8K and ATEM 1 M/E Broadcast Panel, with lower thirds added to display details of the competitors and performers, as well as their selected pieces.

“Although the sessions were quite strenuous for the whole production team, we were excited about producing the content for such an important event in the classical music calendar,” Artur said. “The ability to supply broadcast grade quality not only to those watching in Poland, but across many countries globally is a tremendous honour. The Blackmagic cameras and production equipment allowed us to share our passion for the event to audiences across multiple platforms.”   www.blackmagicdesign.com