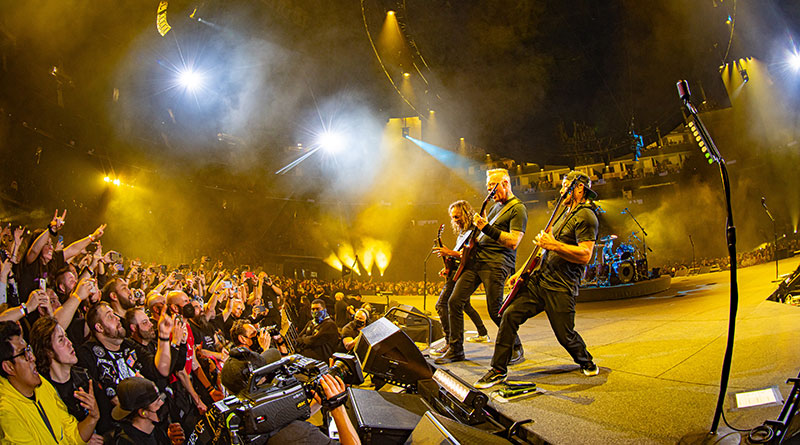 Gene McAuliffe, Video Director & Engineer for PRG, was the Director for the events and helped select the equipment that was used on-site. Regarding imaging, Gene was responsible for picking nine of Sony’s HDC cameras, including the HDC-4300 and HDC-P50, which he chose because of their multi-format options that supported 4K and 3G versions of all cameras as well as the options for lenses, ease of use and picture and colour quality.

“Over the last two years I have spent a lot of time working in PRG’s production studio where we used the same Sony HDC broadcast cameras and I have come to appreciate and prefer the look this type of camera,” said Gene. “The cameras are also extremely flexible in terms of formats, frame rates and control.”

Speaking of the look, Jim Toten, Colourist and Engineer in Charge, said that part of the decision to choose the HDC-4300 was due to the camera’s ability to dial in the desired look to create the final images.

“The decision was also based on the need to balance budget, schedule, logistics and artistic desires, which together made it obvious that 2/3-inch cameras on SMPTE-cable were the right way to go,” said Jim. “Since these are cameras for live broadcast production, we took advantage of basic elements like Intercom with plenty of gain, as well as solid, familiar operator controls and menu navigation, returns, viewfinder markers, focus and peaking.

“The camera’s 2/3-inch sensor enabled a longer reach with regular broadcast lenses, which allowed us to place the cameras further from the stage. Personally, I enjoy the painting features like Knee/Gamma saturation and the variety of Gamma tables.” 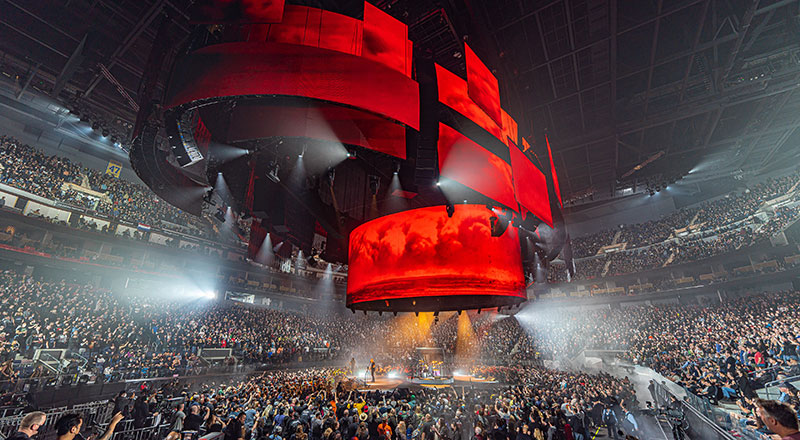 Gene said that the operators especially appreciated the cameras’ ease of use. “On this project, we needed cameras that could be fully controlled by a single operator. The ability to set up custom viewfinders with framing markers, multiple return feeds, and lens indicators was integral to making the best show.”

Another reason Sony’s cameras were elected is their ability to capture in 4K, which Gene wanted to use for this landmark occasion. He said, “This was a special show for the band. Sony’s cameras allowed us to capture and archive everything at 4K and HD for any future use, while operating the live stream and show at an HD format.”

Jim described the operation. “We ran the cameras in 4K mode, then utilised the 1080P down conversion at the CCU for use with IMAG and the live stream. This reduced the amount of processing equipment we needed, and more importantly, minimised the latency from camera-to-screen.”

Furthermore, despite using the cameras alongside 3rd party equipment, Jim found that he was able to closely match the gamut and gamma response of the HDC cameras with other tools used in the production.

The aesthetic for these events was always, of course, going to be influenced by Metallica and their music. Gene said, “I became the video director for Metallica in 2017 and since then, I have worked closely with Dan Braun, Show Designer, and Rob Koenig, Lighting Director, creating specific looks for every song in the catalogue.

“We have really tried to find ways to use video, cameras and lighting together to produce a more artistic and memorable show than people are used to seeing. There has been a real desire to showcase the band in a way that is different from any other shows. With the extensive catalogue that the band has, we are constantly exploring new visual looks and ideas so we need cameras that can adapt to the evolving show and produce high quality images in a clean, consistent, exact way.” 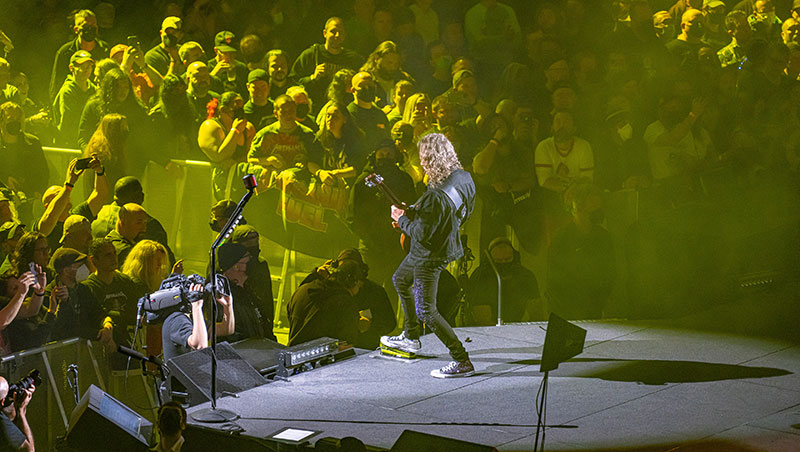 The production also employed an elaborate stage design by Dan Braun, which consisted of 46 different LED surfaces in a 360-degree orientation. This complex type of setup presents a particular set of challenges, particularly with framing, but Gene and PRG’s media server and programming team rose to the occasion. Despite the challenges, Gene remarked, “We were able to program every song with a distinct look while still bringing the band to everyone in the building.”

Gene also described the workflow. “We used SMPTE fibre to handle all signal and control from camera head to the camera control unit backstage. There, we could send the 4K output directly to our record decks while simultaneously sending the 3G output to our flypack production system. This was used to cut the screen content in the arena and also produce a live stream for Amazon Prime and CODA Collection. We had three engineers backstage prepared to live grade the cameras using the remote control panels along with their scopes and monitors.”

Gene and the PRG team found that Sony’s cameras are excellent gear for delivering a high-quality look and feel while keeping a broadcast style workflow in place for the live event. He said, “With lots of time and skill we were able to create a final product that fit in with the artistic vision of the client, while keeping with the standards for live broadcast. With the multi-format capture, we also have flexibility in any future use of the archived footage.”   pro.sony