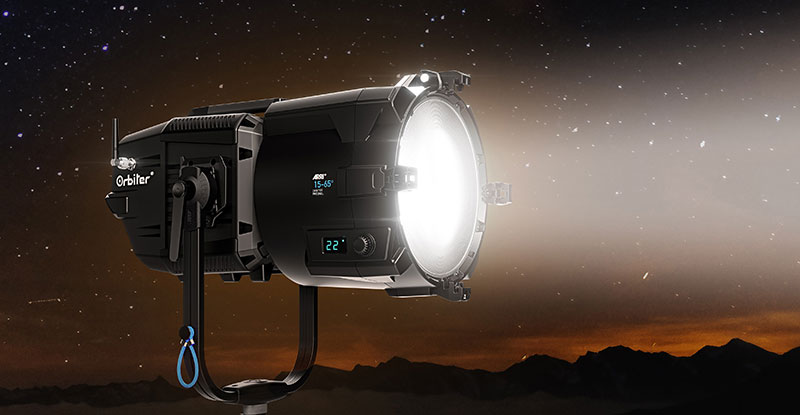 The Orbiter Fresnel lens is a useful extension to the existing Orbiter Open Face optics 15°, 30° and 60° accessories. While the Open Face series produces a high-output, directional beam of light in a range of beam angles, good for throwing light long distances or producing a broad swath of light, the new Orbiter Fresnel lens creates a precise light spot with a soft single shadow – true Fresnel output with a real Gaussian field of light. The light output of Orbiter when using the Fresnel lens is comparable to the ARRI L-Series L10 and True Blue ST2/3 with 2000 W Tungsten bulb.

Fresnel lighting character works best with a large aperture and a wide zoom range. Despite its large aperture, the Orbiter Fresnel lens housing is compact, measuring about 340 mm x 380 mm x 370 mm and weighing only around 4.5 kg. Its 285 mm lens diameter is the same as the True Blue ST2/3 and T5. The large zoom range extends from 15 to 65° fully motorised and can be precisely positioned while being controlled locally via Orbiter’s Control Panel or remotely by DMX/RDM or IP based, either ArtNet or sACN.

The Orbiter Fresnel lens is supplied with a display, status LED and a high-resolution encoder that makes information readily accessible to users. The display backlight can be adjusted, and status information and zoom angle are available via metadata as well for maintenance and post production. 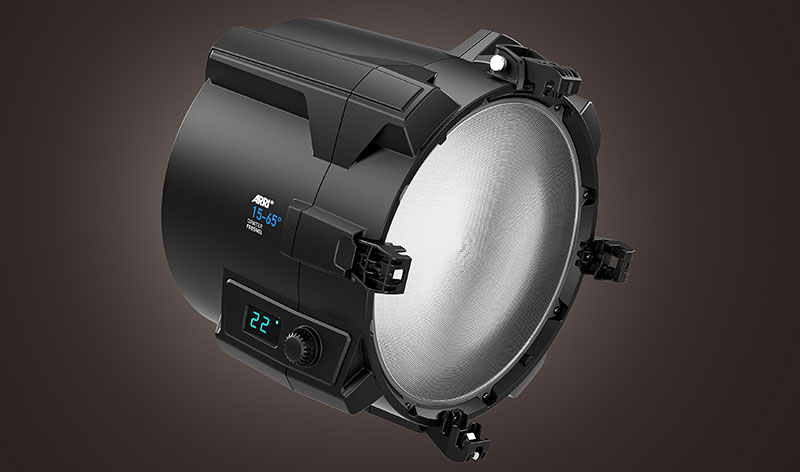 Like the other accessories, Orbital’s Quick Lighting Mount (QLM) system is used to safely and quickly mount the Fresnel lens. Users may add ARRI accessories such as the 4 and 8-leaf barndoors to the Fresnel lens for controlling cuts. Over 300 pre-programmed gels are available for Orbiter, and physical gels can be used as well. www.arri.com