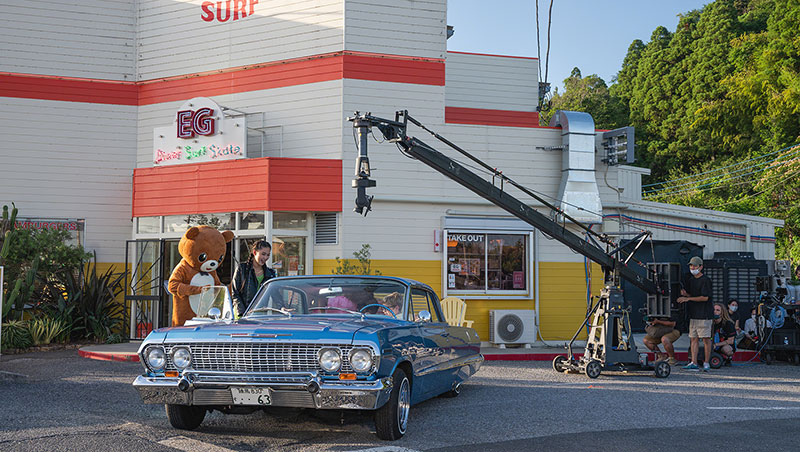 Sony has released a new camera in its Cinema Line, the ILME-FR7, an E-mount interchangeable lens camera with a full-frame image sensor and built-in pan/tilt/zoom (PTZ) functionality. Its combination of remote control and cinematic features open creative options to users involved in studio, live production and filmmaking.

Sony believes a cinematic look and feel is now becoming the norm in broadcasting and live production, as it opens up new ways to deliver a narrative. At the same time, especially in the last two years, the company has seen more content created remotely or in small locations where access is difficult. The PTZ and cinematic features of this new FR7 camera were developed in response to both of these market trends. 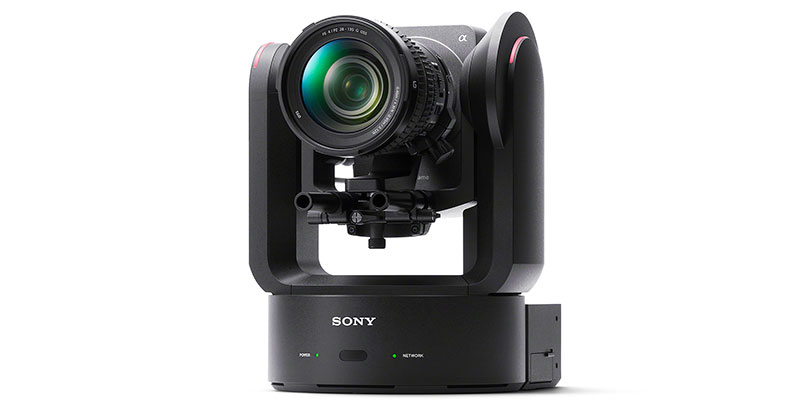 The FR7 has a full-frame CMOS image sensor Exmor R with approximately 10.3 effective megapixels and 15+ stops of latitude, which is wide for a PTZ camera and allows smooth highlights and low noise levels. The sensor has enough sensitivity to allow ISO to be expanded up to 409600 when shooting in low light.

Built with Sony’s E-mount, the FR7 accepts lenses from the E-mount range of Sony lenses, including the G Master series with higher resolution and bokeh effect. With a choice of focal lengths ranging from 12 to 1200mm, users have more creative control.

As well as a cinematic, full frame bokeh, various preset scene files are included so that the target look can be created while shooting, saving time in post production. S-Cinetone, for instance, produces the natural mid-tones needed for pleasing skin colour, plus soft colours and attractive highlights. 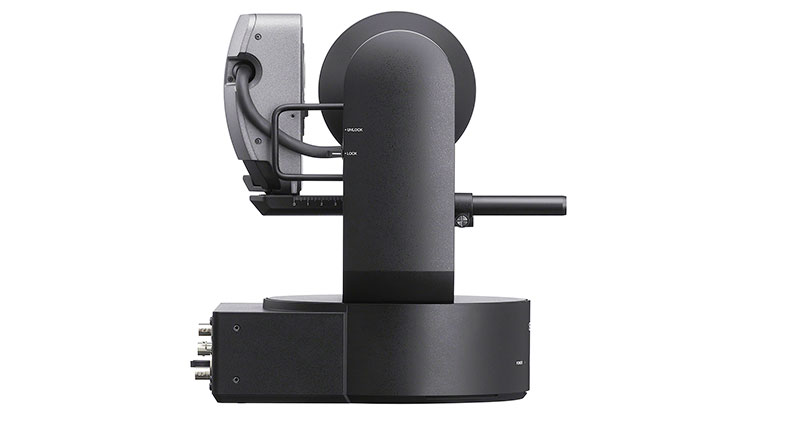 In the Cine EI mode, base sensitivity can be set to either ISO 800 or ISO 12800 to match lighting conditions and to minimize noise while maintaining a consistent look. This mode works well for post because it allows the use of Sony’s original S-Log3 gamma, wide S-Gamut3 and S-Gamut3.Cine colour spaces. Shooting in up to 4K 120p slow-motion is possible when using S-Log3 recording in Custom mode, again creating the potential for emotion that cinematic looks open up.

With a new dedicated web application, pan/tilt/zoom, focus, record, playback and all camera settings can be controlled from a tablet or computer web browser. Multiple people can monitor FR7 footage remotely at the same time and, for multi camera shoots, a group of cameras can be viewed remotely on one device.

Operators can mount the FR7 on a tripod, on a ceiling with the purpose-built CIB-PCM1 bracket, or in other locations with limited access, and then remotely control its integrated pan/tilt mechanism to unobtrusively follow and record from special viewpoints. It is also compatible with Sony’s RM-IP500 remote controller (a separate purchase) for multi-camera production, expanding the creative potential even when dedicated staff in production studios and other shooting situations must be limited. A single RM-IP500 unit can remotely control up to 100 PTZ cameras via joystick operation. The supplied infrared remote controller will also support the FR7’s simple operation. 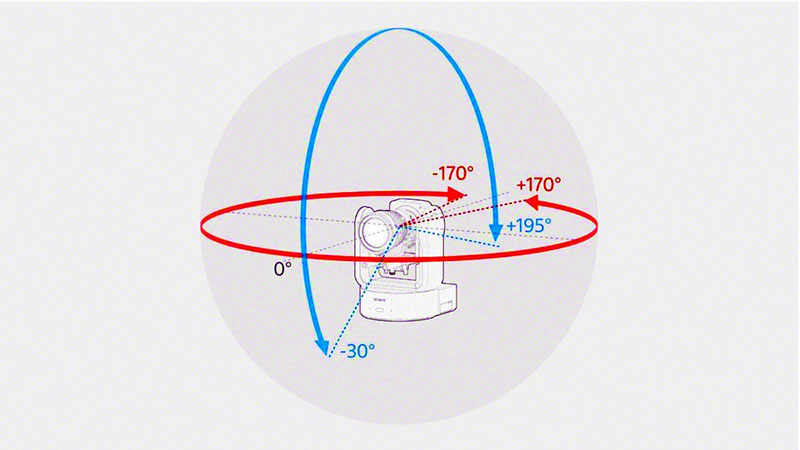 The FR7 can memorize up to 100 camera position presets, including camera direction, zoom and focus, which can be recalled using the built-in web application and optional RM-IP500 remote controller. The FR7 will also support S700 protocol via Ethernet, enabling control through Sony’s Remote Control Panel (RCP) and Master Setup Unit (MSU), with a firmware update due in early 2023.

Fast Hybrid AF and pan/tilt/zoom functionality combine to help users focus on static or fast-moving subjects precisely and smoothly over a wide area, which avoids blurring even when a shallow depth of field is used. The integrated BIONZ XR engine can achieve sharp eye focus even when subjects appear to be at steep angles, leaving the operator to concentrate on shot composition. When using the FR7’s web application, Touch Focus initiates focusing on subjects with Real-time Tracking, or with Real-time Eye AF if an eye is detected.

The FR7 is built to integrate and adapt to many workflows, from plug and play to complex productions, due to a large choice of video inputs and outputs, IP streaming, power supply and synchronisation with other devices. 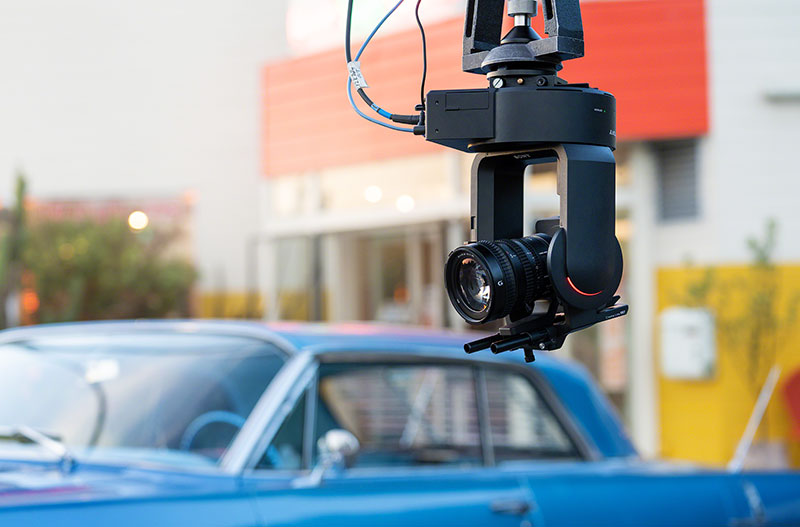 Simultaneous recording, relay recording, interval recording and proxy recording are all supported, and the SDI output can deliver a 16-bit RAW signal to compatible external recorders.

HDMI Type A and 12G-SDI connectors are included in the V/A interface for video output and optical (audio) output for long transmission. The AUDIO IN (XLR type 5-pin) connector will receive signals from an external microphone or audio device. AUDIO CH-1 and CH-2 use a single connector.

The FR7 LAN connector supports streaming protocols including RTSP, SRT and NDI | HX for working in IP based environments. Camera control, video and audio transfer and power supply can also be carried out via a single LAN cable to simplify cabling. Alternatively, the camera can be powered from an external PoE++ device via a standard network cable, eliminating the need for separate power supply cabling, although in those cases internal recording and playback are not available.

To synchronise multi camera productions, the Timecode IN connector receives timecode for synchronisation with an external device, while the GENLOCK receives synchronisation signals. Red/green tally lights on the camera’s side panels allow performers and staff to identify the on-air and preview cameras in the studio or on location. pro.sony