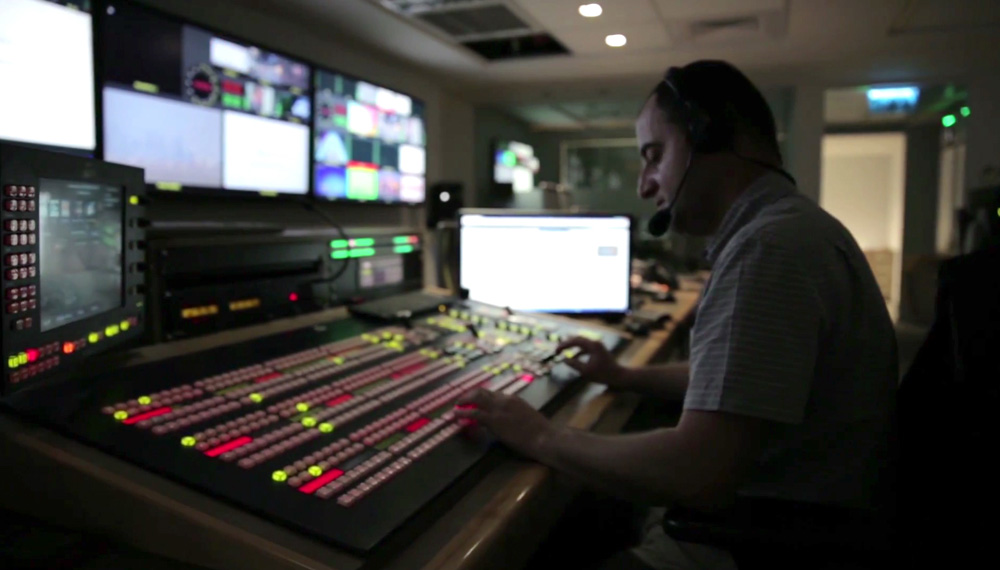 According to Olivier Suard, marketing director at Nevion, when it comes to keeping up with trends in broadcasting, the prevailing attitude seems to be ‘out with the old, in with the new’. But when running a business, that approach doesn’t usually make sense. Looking, for example, at a move like public cloud adoption, businesses could ill afford to discard legacy equipment and hardware just because cloud migration offered them certain significant benefits - especially if their existing infrastructure was still functioning and adding value.

The same can be said in broadcast. When adopting IP across the workflow, many companies have the idea that fully realizing the benefits of IP means getting rid of all existing hardware and systems. “But if similar broadcast evolutions, like the move from SD to HD, have taught us anything, it’s that although such transitions may be advantageous in the long term, they are still costly, require expertise and take considerable planning,” Olivier said.

So, should broadcasters be giving up entirely on baseband and jumping straight into IP workflows? Oliver’s short answer is No. “The longer answer is that IP has already been adopted in a number of areas and is delivering benefits,” he said. “It is ubiquitous, uses existing systems and network infrastructure, and it brings cost savings, flexibility and agility to operations - which just paves the way for further adoption. 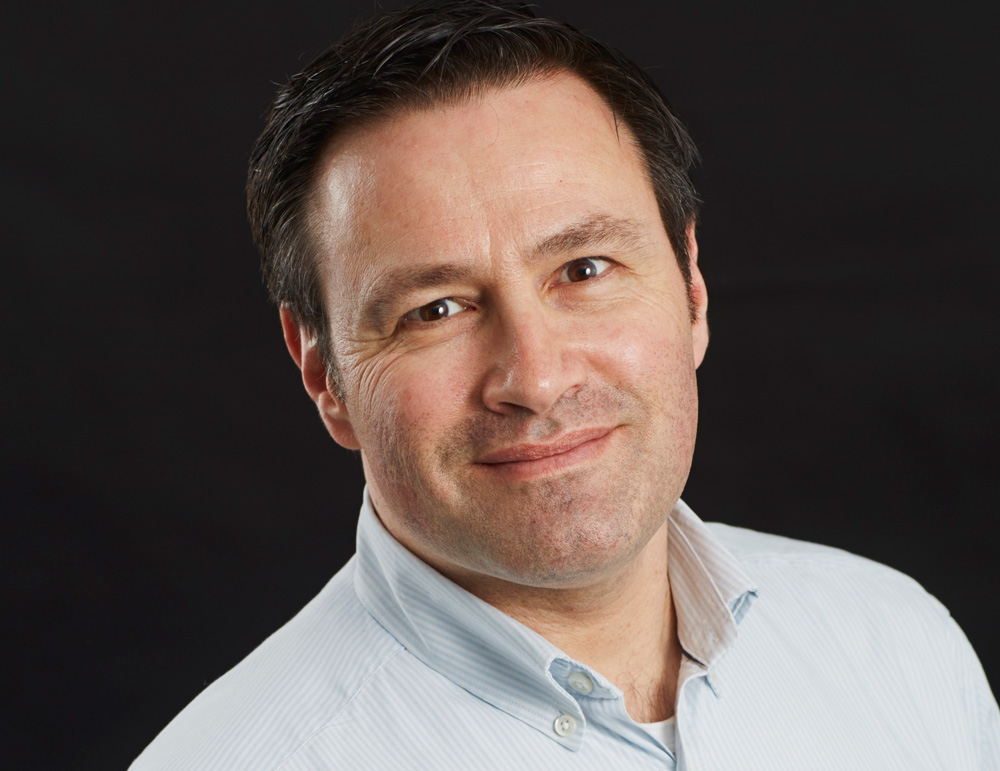 “Regarding SDI/baseband and what its future might look like with IP now on the scene, broadcasters have invested heavily in baseband for many years. As a result, they have studios and control rooms full of excellent equipment, from cameras and monitors to switchers and mixers. All of this equipment needs to deliver a return, which can’t be done if it’s ripped out in favour of a completely new approach.”

All of this points to the fact that IP adoption is more of an evolution, rather than a revolution and the best solution for broadcasters worried about their investment is to consciously manage that transition from an all-baseband to an all-IP world.

Olivier sees facilities evolving progressively from running a traditional baseband master control room to a more flexible, cost-effective distributed IP network. New studios are likely to be built using IP equipment, but some islands of baseband equipment will remain for the foreseeable future. Communication between the baseband islands and the IP world will be performed via nodes that convert media signals, clock information and associated data between the two systems.

“Within baseband islands though, the most cost-effective way to distribute signals is using baseband technology. It makes little sense to convert baseband to IP to distribute,” said Olivier. “Similarly, signal processing, such as audio embedding onto SDI signals or SDI frame synchronization, will best be done directly with baseband equipment rather than converting to IP, processing and converting back to baseband. 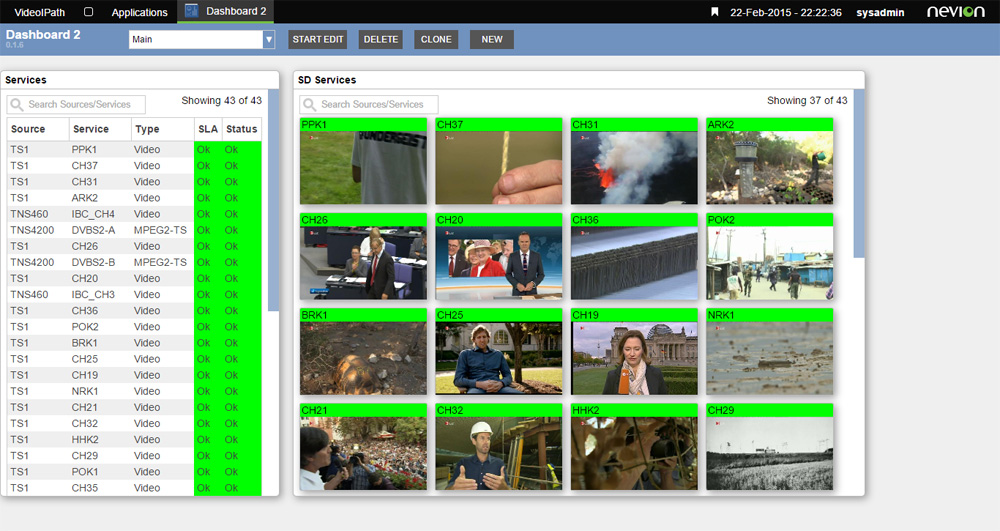 “As the large MCR [master control room] matrix disappears to be replaced by IP routers, the distribution and routing within baseband islands would be handled most cost efficiently by smaller baseband routers located in those islands. Obviously, as these routers would take on part of the job done by the MCR routers, they would need to support a high level of redundancy to achieve the necessary reliability, and would benefit from including SDI processing capabilities.”

Traditionally, the transport of baseband signals beyond the studios has been handled by fibre with optical transport systems serving as the interface onto and from the fibre. But the trend for increasing resolution, frame-rates and HDR has made fibre essential even for in-house transport, since electrical cables would not carry signals more than 100 meters.

Olivier noted, “For example, uncompressed HD requires a minimum of 10GbE data rates. Fibre remains ideally suited to transport signals longer than a typical patch cable. This means optical transport systems will continue to be relevant in an IP world, and any investment in that technology for the transport of signals today is be an investment of the transport network of the future - using fibre to transport IP instead of baseband. What becomes clear is that baseband infrastructure can, in some part, be re-used in an IP world.”

Olivier emphasised that one of the keys to a smooth and incremental transition from baseband to IP is to have a unified network management system that can control both baseband and IP equipment. The need is growing for a media service management system capable of handling baseband and IP networks that presents a broadcast-centric view of the network as a whole. Operators will then have peace of mind, because the complexities of network transitions will be hidden to allow workflows to remain undisrupted.

“The move to IP does not need to be a challenge for broadcasters,” he said. “Given the right management system, an IP and baseband network can actually improve workflow. It will ease the uncertainty during migration, and ease the pressure on broadcasters to oust their baseband investments.

“With such a system, users deal with resources, such as a source, a destination and processing needs, without having to be concerned with the underlying pipeline. That way, when equipment moves from baseband to IP, the workflow remains intact, making the transition transparent to users. Just as important, broadcasters will be able to use their existing investment by having their baseband structures and IP working side by side before complete migration takes place.   nevion.com