Video software platform companies Zixi and Elemental have been delivering and developing video services over the Internet for broadcasters and video distributors for several years and are now aiming to meet the increased demands of high dynamic range video. Both showed recent innovations in this field at IBC.

Elemental has been displaying results for the HDR10 and Dolby Vision formats at NAB and IBC shows during the last two years, and at IBC 2016 showed video delivered with the Hybrid Log-Gamma standard, more recently developed by the BBC and NHK, and is useful for its compatibility with standard dynamic range displays.

Zixi’s Vice President of Business Development, Eric Bolten, believes that internet-specific systems are necessary because traditional system won’t be flexible and cost effective enough to achieve the necessary quality. Zixi has been working with Technicolor recently to demonstrate how HDR content can be delivered as part of commercial broadcast including live event coverage, live linear and cloud delivery without sacrificing stability, reliability, security and latency. For example, the two companies recently delivered a 20Mbps HDR signal for Time Warner Communications, described later in this article.

"By using a series of error correction routines, and remaining content and network aware, Zixi turns the unmanaged open Internet into a video network that can deliver services of a high enough quality to support the very stable video signal that broadcasters require. This is important for HDR video because any disruption of the compressed stream will have a greater impact on the quality of the signal than on other types of content," Eric Bolten said.

He also noted that IP systems will be essential to meet future demands of broadcasters as consumers' consumption of video grows. Zixi has been watching the evolution of video and its migration from traditional transmission and transport protocols like satellite and fibre into the unmanaged Internet protocol space.

“That evolution has a lot of interesting, significant implications for the television and broadcast industry as our expectations move up to HDR and any of the UHD formats that we expect will be adopted at a fairly rapid rate in the near future,” he said. 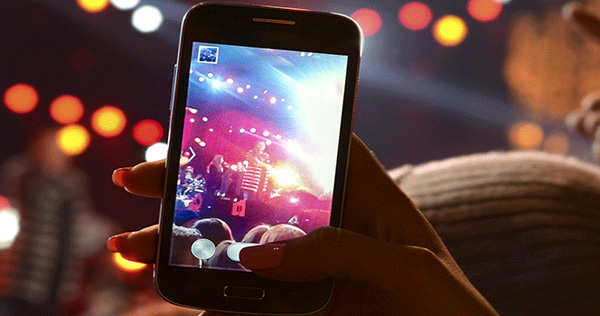 Because the Internet is a best effort network it suits the delivery of asynchronous information – that is, operations that each occur when the previous operation is completed, rather than at regular intervals. As video is a more complicated, precise form of media, Zixi controls challenges like jitter and packet loss, which is critical to maintaining the quality of service required to hold a high quality broadcast transmission.

“So far, over 30 broadcast partners have implemented Zixi for encoding and decoding signals. Now we are seeing adoption increase across major broadcasters like Turner Broadcast, Bloomberg, UFC, BBC, Fox, and Viacom – the companies we expected to be leading these types of implementations. We were particularly pleased that we could work with a company like Technicolor to deliver a 20-megabit HDR signal showing a live Los Angeles Dodgers baseball game, routing the signal to Denver and back for Time Warner Communications,” said Eric.

After the graphics content was added to the video feed, algorithms in Technicolor’s HDR Intelligent Tone Management system upconverted the stream to HDR, and deconstructed it into SDR with HDR metadata. The video could then be encoded, broadcast through the Time Warner Denver facility and delivered over Internet via Zixi’s platform to handle the forward error correction. 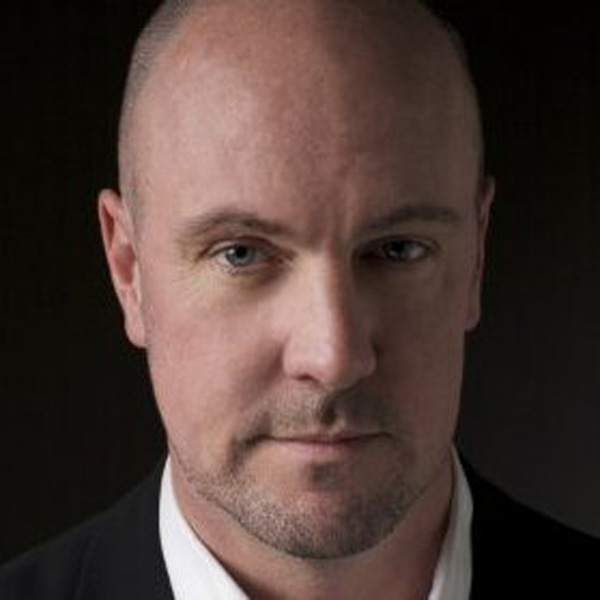 “The resource requirements for this kind of content processing are very high,” Eric said. “Traditional transmission systems like satellite and fibre can be very expensive and inflexible, and are not necessarily timely. With a Zixi solution you extend the reach, and can spin up resources very quickly while utilizing very few personnel.

“The step changes from SD to HD were often quite expensive. For this evolution, as we move into a broader range of HDR type formats, taking proper advantage of the economics and scale of the Internet will be very important to enable the broadcast industry to cost-effectively achieve the intended production values.”

As they are already in production, Zixi feels confident and believes audiences’ increasing expectations of video will help drive requirements across IP. Eric noted that trends towards virtualization won’t lower broadcast requirements. “The ability to generate production level contribution signals with the flexibility and cost structure of the Internet, without giving up quality in terms of stability, reliability or security, will be critical. The traditional methods of transmission, such as fixed lines like fibre and satellite that are very reliable and well understood, will struggle to maintain the level of scale and flexibility that we can now deliver on an IP network.”

Mark Horchler, International Marketing Manager, EMEA, at Elemental Technologies has an interest in HDR and extended colour gamut as a means of increasing perceived image quality that can be delivered using systems that are already available and in use. It is also one of the three issues that he believes most of the debate about Ultra HD focuses on – resolution, frame rate and extended colour gamut, or high dynamic range.

“Equipment and infrastructure exist to deliver HDR, although standardization remains unresolved,” he said. “Any implementation will require the flexibility achieved through software-defined video, or SDV, systems. In 1990, the colours available to HD television were defined by the International Telecommunications Union’s ITU-R Rec 709 colour space. Defined to reflect the capabilities of equipment available at the time, Rec 709 has deliberate limitations, specifically the limitations of colour CRT displays.”

A consensus on both technical and business considerations is needed to make HDR viable. Mark said, “Sub-sectors in the industry – such as pay TV providers and the content producers who serve them – will thrive or be challenged, depending on the set of specifications, standards and practices that are ultimately adopted.”

The number of colours that can be displayed in video is directly controlled by bit depth. In an RGB system, the bit depth of each colour determines the total number of colours available. An 8-bit bit system displays 256 levels per colour, or 256x256x256=16,777,216 different colours. In a 10-bit system, there are 1024 levels per colour, or over a billion different shades. 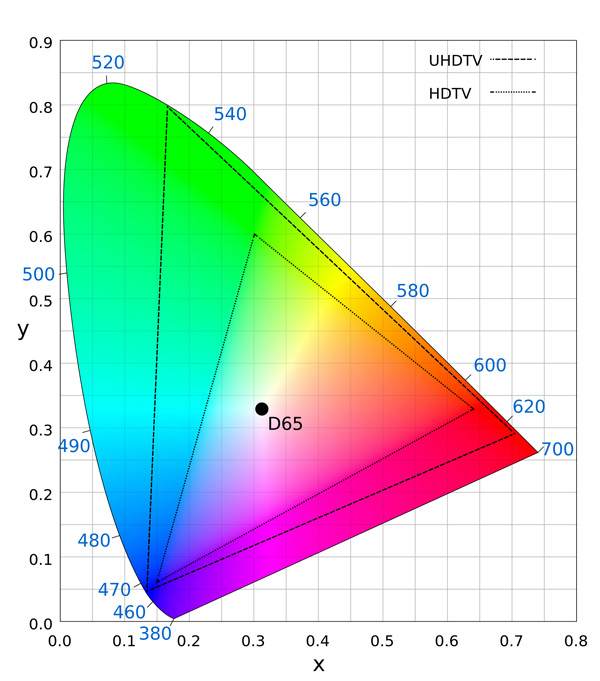 A billion colours may seem unnecessary, but adding more subtlety to shades enables smoother colour transitions within colour families. In a video image with large areas of a similar colour – a blue sky or a green forest, for example – an 8-bit colour environment can lead to distinct stepping artefacts where the colour splits into visible bands. 10-bit colour makes the difference between adjacent shades much finer, reducing visible and intrusive banding.

More colours leads to a perceived improvement in picture sharpness - HDR can make a video image look like it has more pixels. This is because there is a finer, more sharply delineated difference between each colour. To the human eye, HDR more closely approximates what is visible in the natural world.

Finally, HDR can extend the dynamic range by making the blacks blacker and the whites whiter while still retaining smooth, linear colour transition in the mid-tones, if the screen has the capabilities to handle HDR.

CRTs are limited in terms of light level ranges they can generate, which is why the original ITU Rec 709 established a strictly restricted colour space and only 8-bit colour. Attempts to improve brightness from a CRT results in increasingly smeary pictures, which reduces rather than increases the perceived resolution. 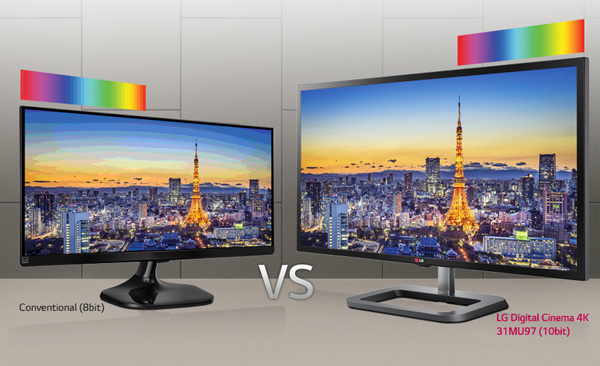 Liquid crystal displays (LCDs) are also limited in dynamic range. Even when a pixel is notionally set to black, some light leaks through, and when set to white, it is not perfectly transparent.

Mark noted that the emergence of the OLED screen has raised the potential for HDR. “OLED is an emissive technology - the pixel itself generates light. In the best OLED screens, the black is remarkably black, and high output devices are being made that can generate bright white levels. Between the two extremes, OLED screens are highly consistent,” he said.

“This linearity has another benefit. Historically, a gamma curve was used to make the most of the available dynamic range of the CRT. It ensured best use of available bandwidth, enabling colourists to make artistic judgements about how the limited range of colours could best be used.”

The gamma curve has now been replaced by a new formula, the electro-optical transfer function EOTF, sometimes called perceptual quality, PQ. This makes it possible to map luminance in a more granular way while keeping creative control. EOTF allows some existing distribution architectures to carry HDR content, and is incorporated into the HEVC/H.265 compression standard.

When colour TV was first introduced it was backwards compatible - one signal could be viewed on black and white and colour receivers, where the black and white receiver ignored the colour information. Elemental finds that many current developers, including Dolby, Technicolour, Philips and BBC/NHK, advocate a backwards-compatible approach to HDR.

Mark said others, especially those working in OTT streaming and Blu-ray 2, are less concerned with backwards compatibility. Implementing their proposals for broadcast could mean swapping out encoders, decoders and set-top boxes. “The other structural difference between approaches is the single- or dual-layer question,” he said.

“In a dual-layer approach, standard dynamic range and HDR video streams are carried separately through the workflows, and the receiving device selects which stream it can accommodate. This adds complexity, increases required bandwidth and may challenge internal workflows, especially when splicing SDR commercials into an HDR program, or inserting emergency broadcast system messages.

“In a single layer approach, one workflow carries the SDR signal, plus metadata telling HDR-equipped devices how to extend the dynamic range. This is what results in backwards compatibility – non-HDR devices will not understand and therefore ignore the metadata. Introducing additional processing could limit the value of extending dynamic range.”

Encoder designs will also need to ensure HDR can be achieved in real time, as live sport is a major driver for HDR and avoiding imposing too much latency is important.

Currently, there is a genuine interest in HDR as a means of delivering more engaging content to consumers. “HDR can deliver a real boost to perceived video quality at a modest extra cost per bit. Both industry and consumers want HDR sooner rather than later,” said Mark. “But the practicalities are far from finalized. Competing proprietary systems are on the market, with standards bodies racing to keep up. Content owners could be asked to deliver HDR content in different formats for different distribution platforms that need complex workflows, increasing processing and storage costs.” 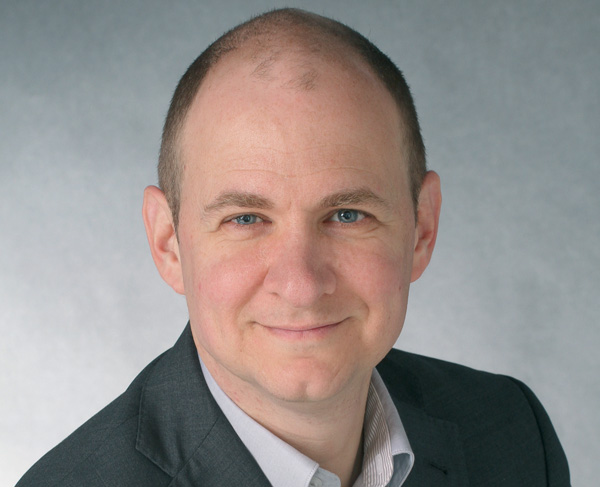 Elemental develops software-defined video systems for HDR implementation, including content creation, management and delivery functionality suitable for broadcasters, service providers and content owners. Elemental believes a software approach avoids forcing expensive decisions or a substantial capital outlay for video infrastructure, and does not require maintaining parallel hardware HDR silos. It is also scalable and flexible, so that video workflows can be kept current through software updates.

This system aligns with the trend towards software-defined architectures, virtualization and the cloud. It reduces both initial and on-going expensess, minimizing risk to an organization during the transition phase even when embracing HDR as an early adopter.