The Washington Post Covers US Election Online with Vizrt

The Washington Post Covers US Election Online with Vizrt 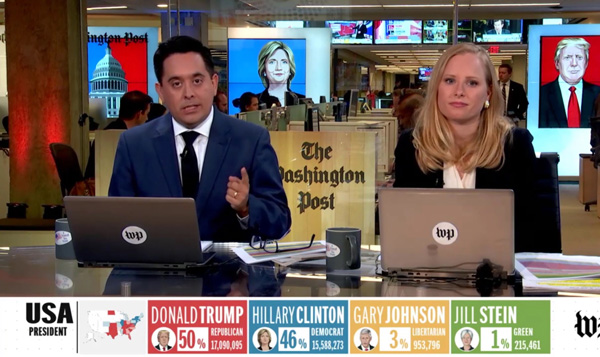 The Washington Post maintains a website that includes live and pre-recorded video to support its online news stories. About 60 short video clips are produced daily, aiming to increase reader retention and boost traffic on the Washingtonpost.com site. They have been so well received that the management has decided to hire an extra 30 video journalists in the coming months with the potential of many more in the future.

“Washington Post video is available on PostTV and all Washington Post sites along with mobile and tablet apps, FireTV, Roku and Apple TV. Because it’s clear that video is what our readers want, we are prepared to give it to them,” said Micah Gelman, director of editorial video at The Washington Post.

He is responsible for running the production and distribution of PostTV’s original videos, and oversees editing and curation of partner videos. “Our goal is to always think creatively and connect viewers with The Post’s strong video journalism.” 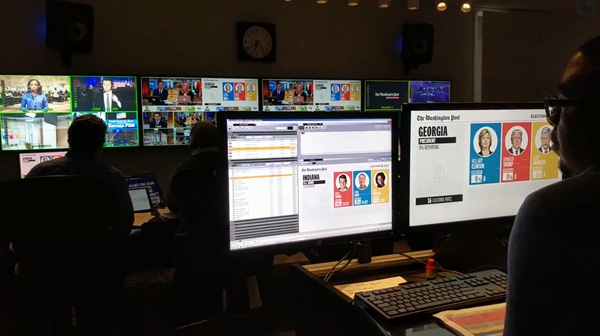 In 2015 Micah, an experienced video producer with 20 years of experience producing television for various media outlets, including Discovery Communications, and working on the business side of video, was hired to expand the amount of content produced at Washington Post Video. His department soon began using a workflow of Vizrt online production tools based on templates, which helped his teams work more efficiently.

The tools were especially useful during coverage of the 2016 US Presidential Elections and also for the subsequent Inauguration of the country’s 45th president on 20 January 2017. See some of the programming here.

“We started using Vizrt in 2015 because we anticipated ramping up the amount of live production we do,” Micah said. “We produced an 8 ½ hour show on election night with incoming election data, animated maps and tables. We also produced a nine-hour commercial-free program for Inauguration Day from our rooftop studios and eight remote units across Washington, DC.” 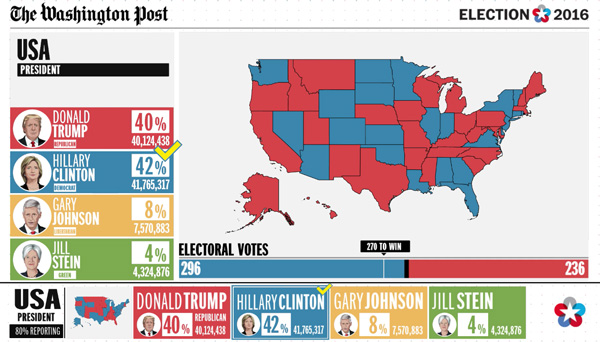 The Washington Post team also worked with Polygon Labs, a creative lab in New York, to design and animate their election graphics coverage. The lab developed the Post’s data integration with live data showing real-time voter results from the Associated Press. The data was converted into straightforward infographics and charts to enhance the ‘Election 2016’ graphics packages and overall coverage. 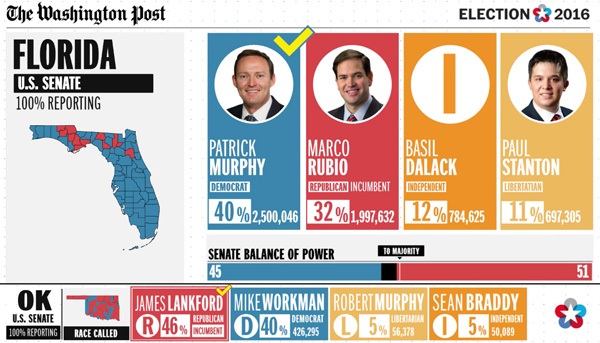 In both cases, the Washington Post Video team used a Viz Trio One Box Dual Channel system built for live graphics production. For its Election coverage, they used Viz Trio to create graphic elements and animations for standard lower thirds and other elements displayed as full screen effects. The system consists of Vizrt’s Viz Artist, a 3D design tool and a Viz Trio single box, dual channel graphics and video playback system used for character generation. It continues to be used within their regular workflow to supplement online videos with real-time mapping of events, lower thirds and double-box transitions.

As an integrated package of Vizrt IP-based production software, the system also includes the required Viz Engine rendering software running on a standard off-the-shelf HP PC, which has kept costs relatively low while serving as a dual channel HD SDI video output for producing split screens and other on-screen effects.

Once graphics are completed, the Viz Trio operator creates a playlist of graphics and video and schedules them for play out on each channel. This playlist is built by the journalists at The Washington Post from a series of templates. Consequently, the team now has the ability to produce graphics and control video playlists, plus two channels of HD video playout—all from a single Vizrt system and with very few technical processes. 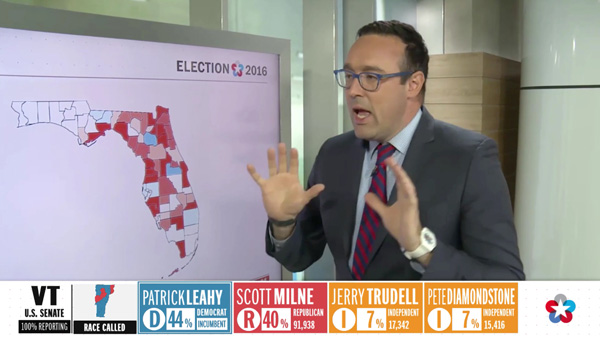 Overall, Micah said that introducing Vizrt has meant the Washington Post Video team can do more with live graphics, achieve tighter data integration and improve the control room workflow. He estimates this has resulted in faster turnaround times for its video clips. “We don't use it for direct playout of clips so far, but plan to soon,” he said. “We are also planning to expand our system to take over more newsroom functions in the future, such as cuts-only editing and script-to-graphics synchronization.” www.vizrt.com