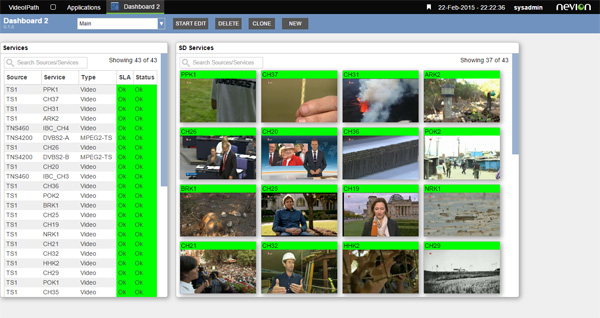 Finnish company Digita is a network terrestrial operator that also develops and supplies versatile Internet TV and radio services, plus other services based on its extended network infrastructure. Digita is launching a project to renew its DVB distribution,  transporting signals over the SDH (Synchronous Digital Hierarchy) protocol over fibre, microwave and IP. The project, designed to achieve cost efficiencies and simple regionalization, required a system to ensure reliable transport of signals over IP.

Digita chose to use Nevion equipment and software for signal transport from its headend to its transmission sites. As a virtual media production infrastructure developer, Nevion’s system consists of Nevion Virtuoso CP4400 digital terrestrial television processors deployed at the headend and at the 40 transmission sites. The processors are all managed by Nevion’s VideoIPath management software, which Digita already uses to orchestrate its contribution network.

At the headend, the CP4400s take the multiplexed transmission for 22 regions and supply the T2-MI transmitter feed and the IP adaptation, as well as multiple protection mechanisms, including forward error correction (FEC) for packet loss recovery, streaming intelligent packet switching (SIPS) for dual path transmission and launch delay offset (LDO) for dual stream on single path. Some of the CP4400 processors are also used for direct switching between the redundant SFN streams.

At each transmission site, the Nevion Virtuoso CP4400 processors receive the protected streams and perform an IP to ASI conversion, ready for transmission and enabling re-use by the first generation transmitters. As well as the dual streams received over the IP network, the processors also receive an RF signal from nearby transmission sites. This sets up a further level of assurance in case the IP link fails completely - the CP4400s can switch automatically to the RF signal for re-transmission on the site.

The whole infrastructure is fully redundant, and managed and monitored centrally through the VideoIPath management software. In this case, VideoIPath enables Digita to roll out software updates remotely to the Nevion Virtuoso CP4400s in a planned and organized way, without interrupting the transmission at all. The software handles connection services provision, resource monitoring and network recording and maintenance. A key aspect is its use of Software Defined Networking (SDN) to manage the intermediate network infrastructure used to transport media services. SDN supports the deterministic and scalable performance required for such delivery. The combination of endpoint control and SDN results in end-to-end control of media services. 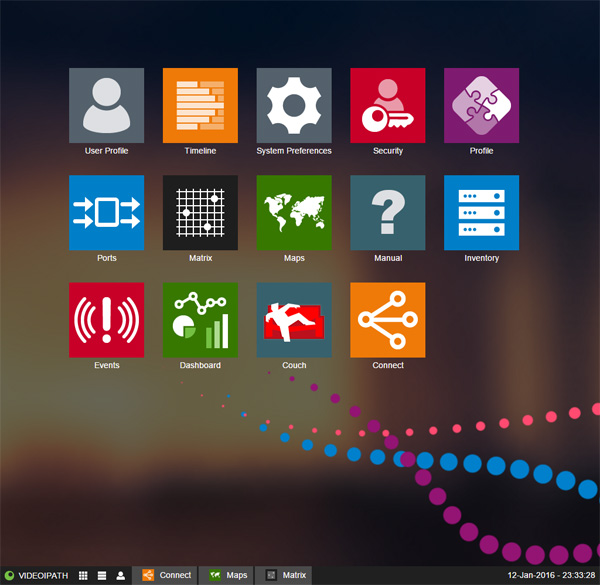 Markus Ala-Hautala, Chief Operating Officer at Digita said that they were able to meet their objectives at the headend without the usual equipment needed, mainly due to the density and functionality of the Nevion Virtuoso CP4400. In terms of timing, they are aiming to complete the project faster than is typical for a DTT project, but are confident that Nevion can deliver rapidly enough.

Nevion regard Digita’s selection of this equipment, combined with VideoIPath, as a true endorsement of Nevion’s approach to the future of broadcasting. The CP4400 is an application of the Nevion Virtuoso software-driven media node platform, designed for the real-time adaptation, transport and processing of live media content within a broadcast network. nevion.com