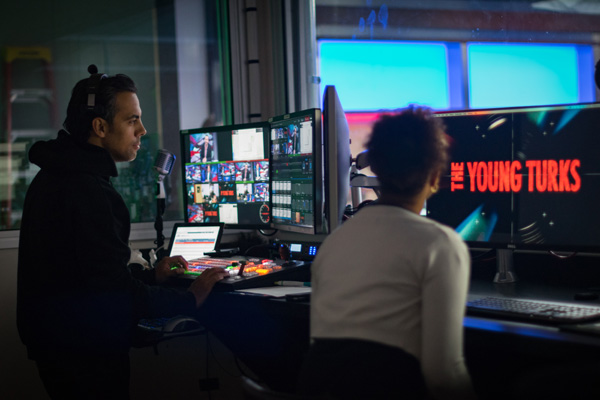 The Young Turks is a live, multi-camera HDTV show producing news and politics online from a studio in Los Angeles. It started in 2002 as a Sirius XM satellite radio show and migrated to YouTube in 2006. Now, with more than 25 channels in its network, TYT can be seen on YouTube, Facebook, Twitter, Hulu, Pluto.TV, Roku and some other platforms. It also delivers special, exclusive content on TYTNetwork.com to a wide subscriber base.

Since this high-volume content must be edited, branded and transcoded into numerous iterations for multi-platform distribution, TYT Network decided to migrate its operations to an automated, file-based workflow based on the Vantage Media Processing Platform from Telestream.

“Our goal is to continue expanding the scope of our programming and distribution channels, as well as finding more effective ways to monetize it. To accomplish this, we needed to stop relying on ad hoc combinations of generic automation software that was allowing multiple points of failure across our system. We switched to an automated Vantage workflow because it is purpose-built to support high throughput media processing operations,” said Jonny Greenwald, Post-production Technical Director for TYT Network. 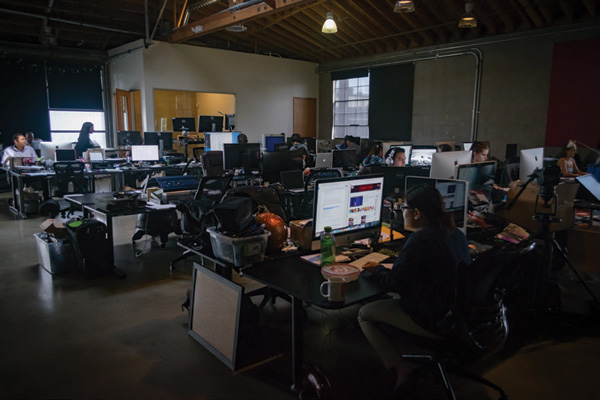 As part of constant 24-hour media operation, The Young Turks’ live two-hour newscast must be subsequently subdivided and repackaged into video segments of varying lengths for on-demand viewing. Ten clips can easily become 30 clips with all the formats, versions and derivatives needed by their online distribution platforms. The same is true of the network’s numerous specialty channels, including sports, movies, technology and pop culture, which must also be segmented into various iterations and formats for on-demand viewing across different platforms.

“Since this workflow largely involves repetitive tasks such as editing, transcoding, branding, and conforming, it lends itself very easily to template-driven automation. Vantage puts all the tools and processes we need into a cohesive automated workflow that doesn’t require a major element of manual oversight or intervention. Once we tell Vantage where a media file needs to go – for instance to YouTube, Facebook, Hulu or some other platform - it picks up the file and conforms it to the specifications required for that destination, and sends it out at the same quality,” said Jonny.

Since the Vantage platform consists of a related line-up of products and options, he has customized the workflow using Vantage Transcode Pro to perform intelligent media processing and transcoding according to user-determined settings, with Lightspeed servers that can use hardware-based GPU acceleration to increase throughput. 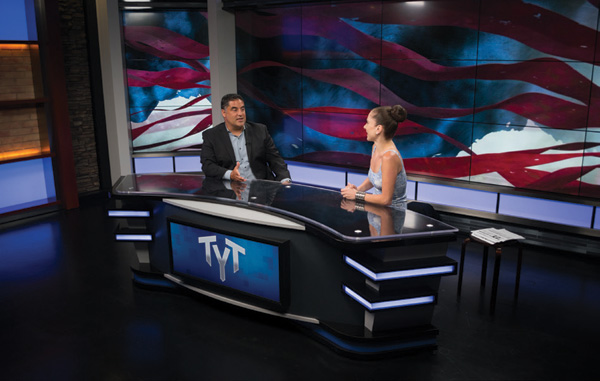 “Because Vantage is virtually always processing media according to over a dozen different workflows they have set up, it keeps the operation in motion. It stands ready to pick up the next file and process it like clockwork. Without a similar level of automation, we would not be able to manage the volume of media that is required for the diverse array of distribution outlets we serve,” Jonny said.

Since uploading media to sites like YouTube, Facebook and Twitter is critical to the company’s business model, the Social Media Connector option was a major reason that TYT Network chose Vantage. Configured as an integrated component of Vantage, the Social Media connector acts as a workflow portal, transcoding and uploading about 50 clips per day to each of the social media sites. While it currently uploads both media and metadata directly to YouTube, TYT Network is in the process of updating the system to allow it to handle direct uploads of video to Facebook, and videos over 30 seconds long to Twitter.

Jonny noted that with this system they can prevent many of the bottlenecks and system failures they used to regularly experience. “Our employees don’t need to babysit the equipment and we spend less time fixing problems, or managing delays and missed deadlines.   www.telestream.net