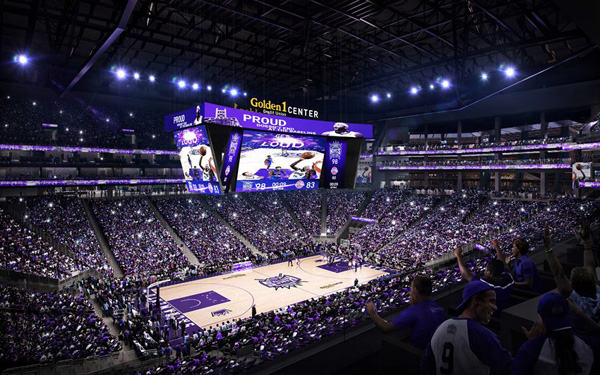 NBA Sacramento Kings and Grass Valley collaborated to build and network a 4K capable sports & entertainment arena. They now aim to keep it adaptable to capabilities and fans of the future.

Late in 2016, the Golden 1 Center in Sacramento, California opened as a sports, event and entertainment arena dedicated to immersive experiences for fans based on new broadcast and replay capabilities managed by a massive network infrastructure. The centre results from collaboration between the NBA Sacramento Kings, Grass Valley and systems integrator Diversified. Grass Valley supplied the camera, replay, production switching, routing, multiviewer and signal processing systems to achieve the owners’ goals.

A major component is a giant 4K/UHD video board that is more than 84 feet long, running nearly the entire distance from the basketball court’s baseline to baseline. Replay is not only an essential part of the experience, it is an opportunity for the host facility to impress the spectators. To capture and produce the 4K content that drives the board, the Kings evaluated the options and chose Grass Valley because of the integrations between its products, reliability and ease of use.

Brian Plumb, senior director of A/V and production for the Sacramento Kings commented that his company did not want to compromise. “We had a pretty specific idea of what we wanted. After meeting a few different suppliers to see how we could make it work, Grass Valley understood our vision the most clearly and had the required components.” 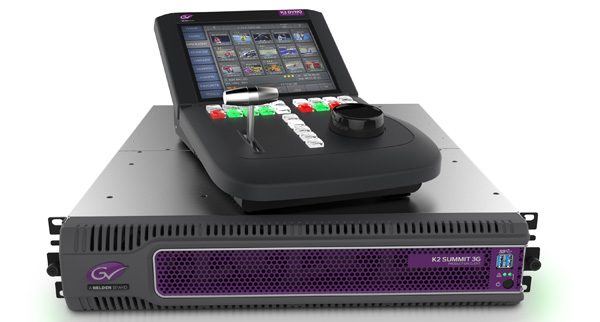 The action on the court is captured with six LDX 86 cameras - four of which are equipped with a perpetual GV eLicense for 4K – set up so that one of the cameras captures and supplies a reverse-angle feed. Several K2 Dyno variable speed replay systems with the DynoZoom 4K/UHD option and a K2 Summit 3G 4-channel HD/SD server handle the replays. All content is pushed through the Karrera K-Frame switcher, driving the 4K production, and several NVISION series routers fitted with Kaleido multiviewers help to monitor and move the content throughout the control room and facility.

Since the installation was completed, Brian Plumb and his team continue to refine the process and are looking at a transition to 2SI 4K, a method of mapping a 4K picture onto four HD sub-images using a two-sample interleave division rule, so that each of the four sub-stream carries a quarter-resolution picture. The Karrera switcher is able to support this method, which will free up more of the M/Es that are now handling 4K conversion. He is also looking at IP routing in the future to get the benefit of going from 4 wire to 1 wire, and most recently begun investigating options for introducing VR into the process.

Arena of the Future 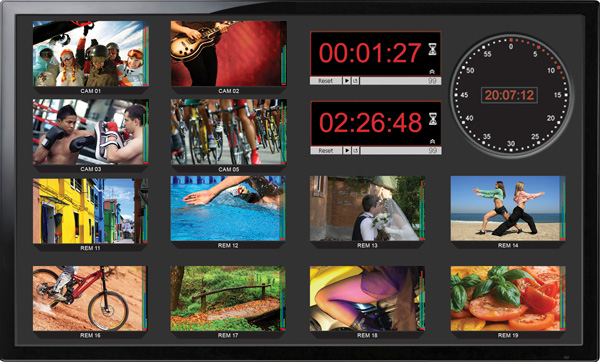 “The operators find the workflow and file management of the K2 Dynos quite easy for replay. We drop the clips into a common folder and everyone has access– this set-up is a way to make sure fans don’t miss any of the action. Nevertheless because everything about this arena is state-of-the-art, so the pressure was on for the broadcast capabilities.” Grass Valley’s owner Belden supplied production cabling for the Golden 1 Center. A complete broadcast system, including armoured fibre, racks, wire management and custom assemblies, was designed for signal integrity and reliability.

Future plans for the Golden 1 Center, which now hosts much more than just the Sacramento Kings games, continue to expand. The owners have positioned it as a premier event centre with video presentation capabilities for any type of occasion, from sports and entertainment to business and education.

“The arena market is competitive. Cities look for systems that can differentiate their facilities to draw consumers in for events,” said Tony Gaston, a strategic account manager for stadiums and venues at Grass Valley. “We remind customers that it’s important to not only prepare for today, but to look to the future and choose a system that will grow and respond as needed. The integrations across our portfolio make it possible to upgrade and adapt.”  www.grassvalley.com