In particular, the Nevion Virtuoso software update adds support for JPEG 2000 encoding of UHD/4K video, and 2K resolution formats for film production. It handles audio embedding and de-embedding, AES encryption and supports frame synchronization, audio processing and PTP synchronization. It can also be used to support the monitoring of SMPTE 2022-6 video transmissions over IP, JPEG 2000 image compression and coding, and SD/HD/3G-SDI transmission.

Launched at IBC 2016, Nevion Virtuoso is designed to meet the challenges of an IP-based live production environment in which the distinction between Local Area Networks (IP in the facilities) and Wide Area Networks (IP in contribution and remote production) is becoming less marked. Johnny Dolvik, Nevion’s Chief Product and Development Officer, said, “Broadcasting is being transformed by IP systems generally. In particular the LAN/WAN convergence is making distributed production a reality. With that in mind, Nevion has designed the Virtuoso to be a versatile media transport and processing platform.”

As specialists in virtualized media production, Nevion believes that this convergence is where software virtualization will play an increasing role. The functionality of Nevion Virtuoso is largely provided through software, which also means that broadcasters and service providers can receive updates and improvements to functionality on the platform through licensed software upgrades as they emerge. 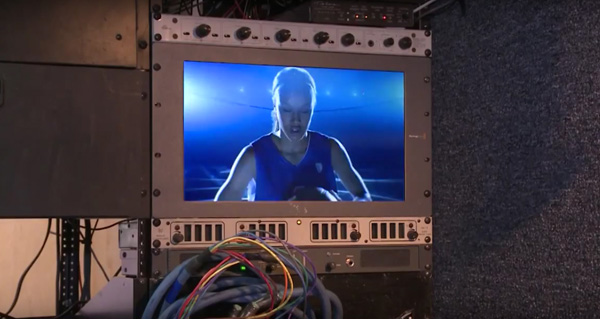 Virtuoso has already been adopted by several broadcasters and service providers for various applications, including most recently Finland’s Digita for digital terrestrial distribution. It is also in use at Norway’s TV 2 for intra- and inter-facility IP media transport, and by US broadcaster NBC for metro IP transport.
Nevion will show Virtuoso on booth SU5510 at NAB Show 2017 in Las Vegas.   www.nevion.com.