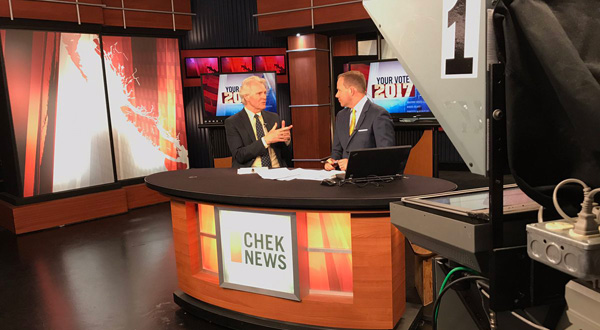 CHEK TV is an employee-owned, independent broadcast station in Victoria in Canada with 60 years of news broadcast experience, and wanted to be able to deliver news via the web and social media, as well as traditional broadcast. They have started using SAM’s fast news production system VIBE, which can capture any type of feed, regardless of format or aspect ratio, and incorporate it into a news package. Furthermore, because the system integrates Rio production finishing software, a single production team can use the system to handle all inputs, produce and deliver content to any platform in any format.

The system is very scalable and integrates with CHEK TV’s Octopus Newsroom system. It gives them a combined workflow that delivers news to air and to social media platforms, normally in only a few seconds.

CTO Jason Sokoloski at CHEK TV said, “As a community broadcaster, it’s important that viewers can access our news in a way that suits them – whether it’s via a TV screen or a social network. Because we’re also a small broadcaster with limited resources, it makes a huge difference to be able to deliver content in new ways without having to add complexity or staff. The SAM workflow covers everything we needed to accomplish and is customisable, so we are working on a system that is right for us.” 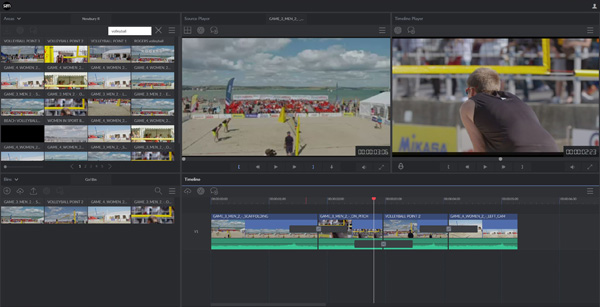 The VIBE system is able to deliver news content to the web, social media and TV by combining SAM sQ servers with standard IT storage, based on a production asset management core. It integrates SAM’s Rio software for editing, colour and finishing, which is now substantially updated with tools and functionality to support shared production workflows for news or post, also using IT storage, plus remote browser-based workflows with the Go! remote multi-platform editor.

Newsrooms can use scripted commands in Rio to automate edits, effects and exports, and then render media externally for delivery with a top and tail for editors. Users can also export directly to multiple locations, including to social media. Templates created in MLT FX – which is Rio’s internal effects, template and keyframing application - can be edited without using the MLTFX render format to increase compatibility. Custom-size projects are possible, with keyframeable pans and scans. 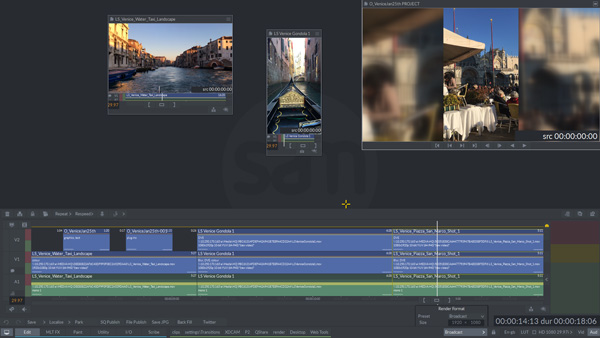 The most recent updates to the Go! / Rio combination include an automation API for the editing, publishing and deliverables workflows described here, and a new compression codec based on VC2/Dirac. Rio can, in fact, handle nearly any frame rate, aspect ratio and resolution from SD/HD up to 8K.

Users have two new tracking choices, Cloud and Optical Flow algorithms. Cloud is slightly faster and tries to match features based within a defined area. It works best when a set of features within a picture remains clearly defined over the duration of the track. Because Optical Flow tracks the movement of every pixel, it is probably more suited to tracks where the features within the tracked area change over time.   s-a-m.com