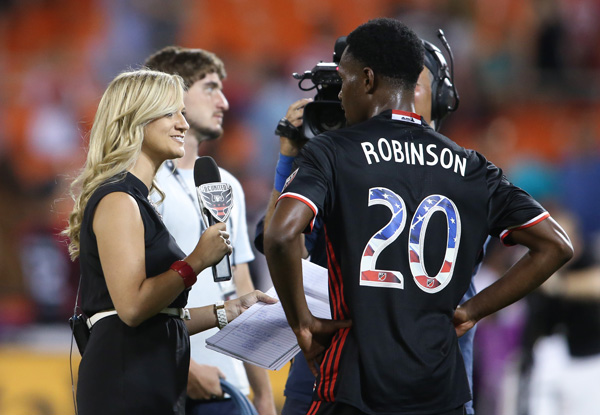 US soccer team DC United has started simulcasting its linear pre- and post-game shows through Facebook Live. The club’s publicity crew took on the task of video production and streaming as a way to build up fan engagement.

“We’re a small crew and our department carries out a lot of different services including social media, PR and now video,” said Samantha Perrie, video producer for DC United. “I was tasked with finding the right platform for us to stream live shows, something that would allow us to produce professional quality content for the fans. After some searching, we spotted Telestream Wirecast, took it for a test drive, and knew it was what we were looking for.”

The pre- and post-game shows include interviews with players and coaches, analysis and an assortment of other packages routinely produced for television consumption. One of the goals for the production team was to support fans that are actually at the games, as well as give those outside of the DC market the opportunity to be involved. The fans enjoy watching the pre-game stream together from the parking lot on their phone or tablet, continuously interacting as people comment on the live Facebook stream. 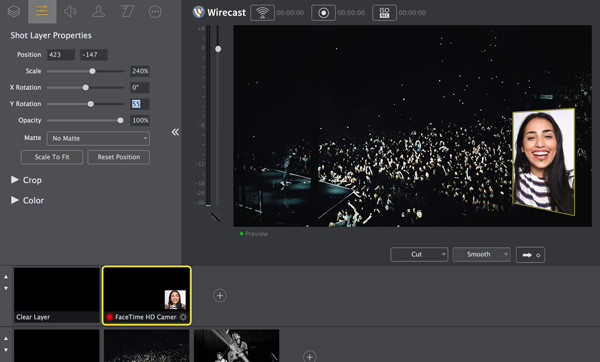 Samantha and the team use Wirecast to create a professional looking online broadcast with production values that are very similar to DC’s programming shown on air. The graphics department supplies her with the slates so that branding and graphics treatments used at the American Sports Network, who broadcasts the matches to air, and those on the Facebook broadcasts, match exactly.

Samantha has Wirecast set up in the OB truck and shares camera feeds with the broadcast crew. She creates slates to advertise the team’s information such as when the next home game is happening, the next away game, season ticket renewal offers and so on to make sure fans are informed. 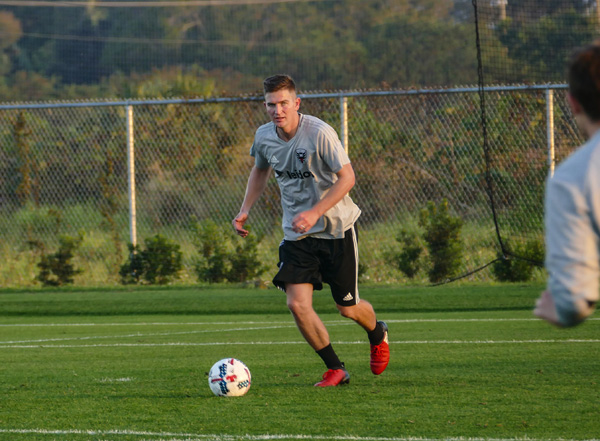 After working in the video industry for some years, she finds the layered approach of  Wirecast is a natural way to work. “I can appreciate its simplicity - anyone who has edited video before is likely to understand its functionality. For example, I can create different layers for graphics, and turn them on and off in the conventional way. There wasn’t really any learning curve for me,” she said. “That was something we looked for in a new application - usability. After experimenting for 10 minutes I had the basics of it, but at the same time there’s plenty of potential to do more for next season.”

Especially useful is Wirecast’s ability to test the stream before it goes live on Facebook. “I test the stream output before every show. Our stadium is very historic and with that comes the occasional Internet issue. Being able to set up a stream quickly and test it so that only I can see it and make sure everything is working gives me confidence," said Samantha.

One of the biggest streaming successes of the past year was the re-broadcast of the team’s 20th anniversary MLS Cup win in 1996 on the anniversary of the match. It was the team’s most watched streaming event of the season with a Facebook reach of 763,775 and 110,552 video views. Reactions, comments and shares totaled 24,716. 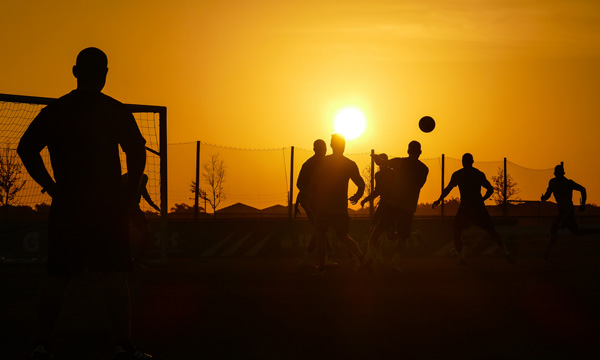 “To celebrate we did a full rebroadcast of the entire game,” Samantha said. “It was a visually exciting game, played in the rain. Because it was also quite long – a 2 hour 18 minute stream - I broke it up into the first half, second half, halftime and overtime, with different video clips using the layer function in Wirecast, and worked elements back and forth between layers to stream the whole event. We created our own ‘back in the day’ breaks for the original commercials as well. It was hugely successful as fans got to relive their glory days. We were somewhat shocked but delighted at how many people it reached. It’s easily one of the most successful things we did this past year. The ability to create a video event is one aspect of Facebook Live that we like.”

The Insights tool in Facebook Live allows the team to get a good overview of their performance metrics for the year. The average reach for the weekly show is over 50,000 with typical views ranging around 4,500. As more fans learn about the show, the team expects engagement to continue to grow significantly during the 2017 season.   www.telestream.net