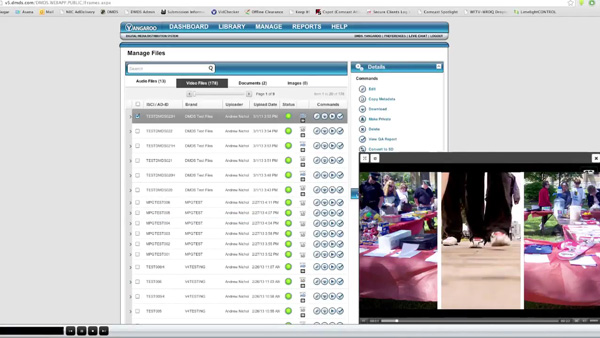 YANGAROO digital media delivery company in Canada performs management and distribution content services for audio and video content owners. In order to compete on speed, security and cost, YANGAROO has developed and patented a cloud-based platform, Digital Media Distribution System, that automates numerous manual steps into a workflow with a singular outcome that limits opportunity for errors.

The system’s workflow management and transcoding functions come from Telestream’s Vantage Media Processing Platform, employed as a central system that makes it possible for YANGAROO to deliver a large number of varied formats and versions, among other tasks, as an automated process.

The control and efficiency gained through automation means that content such as music, music videos and advertising can be distributed to television, radio, media, retailers, awards shows and other designated recipients faster and more safely. Examples of other repetitive workflows that the platform manages include executing traffic instructions, award show submissions and approvals of on-air content. 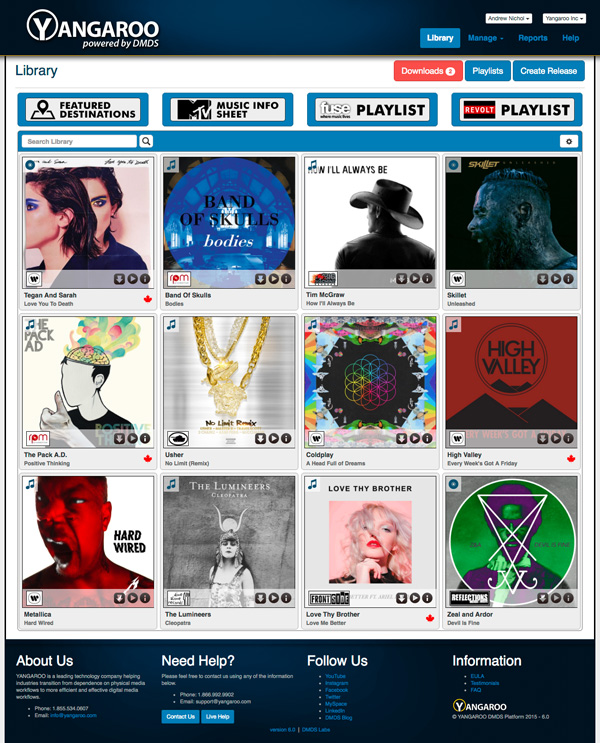 YANGAROO’s CTO Richard Klosa said, “The digital delivery market has become very competitive. Any provider needs to add value to services that set them apart from the others. In response to the growing number of destinations, formats and variations in metadata, the workflow automation in our proprietary system, for example, makes our service relatively easy to use compared to some others,and more adaptable to continuously changing delivery requirements.

“Our delivery tools are also quite flexible. Clients are able to pause delivery of long-form items to temporarily re-allocate their network bandwidth to ingest or some other urgent task, and then resume long form deliveries once the process is complete.”

According to Richard, what sets Vantage apart is the API that YANGAROO uses both to manage the entire process from its own DMDS system, and to customize workflow processes. The Vantage workflow orchestration is also integrated with YANGAROO’s Teletrax and Nielsen systems to add appropriate watermarking, as well as with Aspera to accelerate file delivery via the network.

At the point of ingest, YANGAROO uses Telestream Vidchecker QC software to inspect video files and determine if they are technically suitable for the indicated type of broadcast. This is especially important for the music video files, as mentioned, and Vidchecker can also be used to make sure TV commercials meet varying broadcast technical standards before they are delivered. 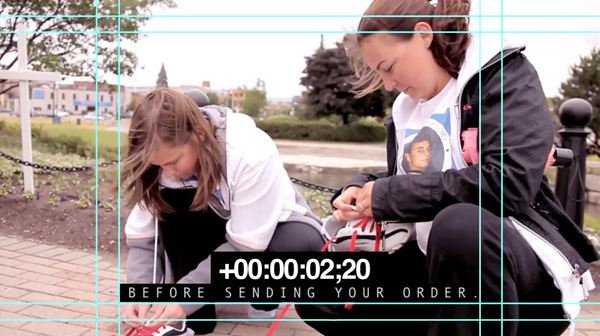 Source files are rated by a traffic light system - green is acceptable to broadcast. Yellow indicates some corrective action needs to be taken on the files. Red means the files need to be rejected and sent back to the producer and the music company, together with associated reports that they can use to improve their processes.

The API in Vidchecker allows customisation of the QC reports to suit specific jobs, and to extract the error data from the reports to use in the next stages of their workflows. Telestream CaptionMaker adds the legally required closed captions as part of the process.

Although the YANGAROO system is predominantly cloud-based, the media processing is hosted on physical servers at their data center in Toronto. YANGAROO has recently added Telestream Lightspeed K80 servers. Richard said that using Lightspeed servers gives them an appreciable average performance gain compared to the generic Dell servers that they initially used.

“We owned CaptionMaker and Vidchecker before Telestream acquired them,” he said. “Now that they are all sold by Telestream, we have designed workflows in which Vantage acts as the orchestrator between all the elements, managing the QC and captioning processes from a central location.” www.telestream.net