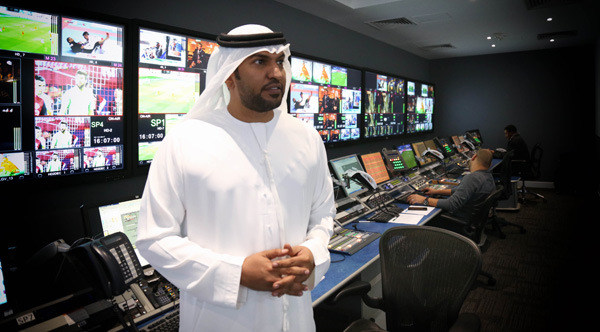 Imagine Communications has taken on the full software-defined upgrade of the central technical facilities at Abu Dhabi Media, a fast-moving media company in the MENA region. A large proportion of the systems that the centre, which includes playout facilities for 15 HD channels, were originally based on when it was first established 10 years ago, were built by Imagine.

Central to the design of the new platform is the flexibility to directly update to meet changing market demands. The system currently supports baseband/SDI, but is protected into the near future in terms of incorporating IP connectivity, as required. It supports 4K, HDR and other potential technical developments. The hybrid architecture supports a combination of on-premises and cloud-ready systems, including Imagine’s Broadcast Master and xG Schedule for traffic and programme scheduling.

These two products were chosen for traffic and programme scheduling. Broadcast Master is a suite of modular and scalable rights, sales, scheduling and media management software, and xG Schedule is a cloud-based planning and scheduling system for linear, on-demand and digital platforms.

In 2017, Imagine and Abu Dhabi Media implemented a proof-of-concept cloud playout system for disaster recovery in cooperation with du Media Cloud. “Today, the direction of broadcast systems leans towards software-defined approaches and away from hardware,” said Ahmed Al-Menhali, director of projects at Abu Dhabi Media. “Software-defined concepts are helping companies at all levels. Imagine is following that direction, and that serves the roadmap we plan to adopt.” 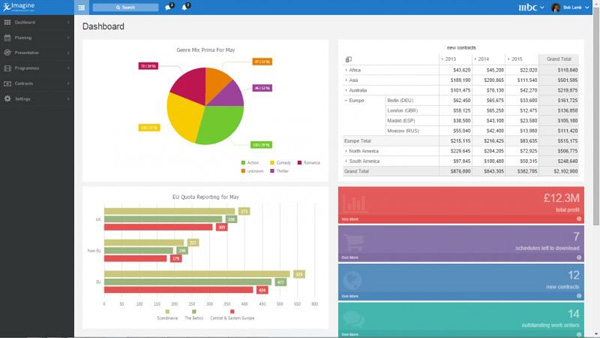 The new installation establishes a complete broadcast chain, from ingest to delivery. The new ingest and asset management system is based on the Imagine Nexio Motion, which manages all content workflows across the system. the Imagine Versio playout system, running as software instances on HP Enterprise (HPE) workstations, supports the playout automation, including Nexio+ AMP, branding and master control switching.

The Nexio Motion application also opens browse access to content and low-resolution editing. High-resolution editing software has direct access to content on Versio™ IOX storage solutions for highly efficient post production. Also incorporated into the network at the software level are products including QC, file transfer and production graphics, which reside alongside the central archival storage.

Abu Dhabi Media has elected to make a managed transition to IP, primarily to protect its capital investment in legacy equipment. “Currently we do not feel the need to invest in a complete replacement of all the existing infrastructure,” Ahmed said. “We have the HD-SDI infrastructure in place, and we intend to continue with this infrastructure for routing until we decided to move on, perhaps to some form of UHD. The important point is that what we are building now will survive the coming four or five years, but is capable of shifting the underlying routing from SDI to IP without changing anything else.”

The continuing relationship between Imagine Communications and Abu Dhabi Media and the availability of support in the region were deciding factors in awarding the contract to Imagine. “After working closely with Abu Dhabi Media for over a decade,” said Anas Hantash, head of Imagine for the MENA region, “we are impressed with their initiatives to transition their business towards hybrid SDI and IP, software-defined systems and virtualised environments. They wanted to be sure that IP was a coherent route for the future.”

This major programme of work has now been designed, with installation starting at the beginning of 2018 for an on-air date in May.  www.imaginecommunications.com