Denver 8 TV, the municipal access television station for the City and County of Denver, Colorado will begin broadcasting and live streaming its yearly summer concert series, Live@Levitt, on 1 June using TVU Networks’ TVU One mobile IP transmitter. From the Levitt Pavilion Denver, the transmitter will send live feeds to master control in Denver’s City Hall, which distributes the signals for live streaming and broadcast. A remote production control room at the back of the amphitheatre switches the program, which is then fed into the TVU One and sent to TVU video receivers at City Hall for live broadcast on the Denver TV 8 Comcast channel and streamed to the website Denver8.tv.

Denver's geography creates some interesting challenges for broadcasters working from the Pavilion. It lies within a natural bowl in the middle of the city's Ruby Hill Park, which also has one of the highest elevation points in Denver. Although the park gives 360-degree views of the mile-high city, it completely lacks Internet connectivity. Even the City and County of Denver’s own network that connects other outlying facilities doesn’t run close enough to set up a short extension to the venue.

As well as lack of connectivity, part of the park lies in a river valley. City Hall, the site of Denver 8 TV’s master control operation, is in the middle of the city, surrounded by tall buildings. Without line of sight, renting a microwave hop to broadcast these concerts is not possible, and renting a satellite uplink is beyond the budget for a public organisation like Denver 8 TV.  The installation and monthly contract charges estimated by a local high-speed Internet provider for connecting the production to a network for a wired feed are also too expensive. 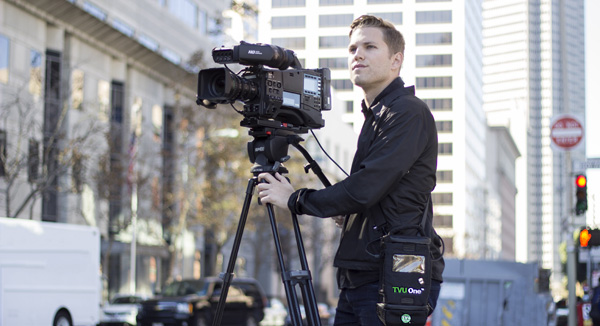 The TVU One IP-based, portable transmitter was chosen as a way to meet the city’s remote transmission requirements. The TVU One is available with HEVC video compression and also uses TVU’s Inverse Statmux Plus transmission algorithm, which includes Forward Error Correction to transmit HD quality video with half-second latency at 3Mbps. Supplied with embedded modems, TVU One can simultaneously access and transmit over multiple connections, including cellular, microwave, satellite, BGAN, WiFi and Ethernet, maximising the bandwidth available in each network connection to transmit the most stable picture possible in the given environment.

Despite the park’s compromising transmission location and the stormy Denver summer evenings, there hasn't been any service interruption in TVU One’s transmission. “We had a lot of rain storms last summer and never experienced one interruption in our transmission,” said Alan DeLollis, TV Communications & Video Operations Manager for City & County of Denver. “Weather destroyed two audio boards and front-of-house tents were torn down by the wind and rain, but the TVU unit kept on working.”

He believes the unit brings more potential for collaboration between city agencies and as a pool feed shared to commercial networks and social media.  “We see our TVU One unit opening an option to change how we deliver our production services to other city agencies and create a platform that encourages community engagement and public outreach,” Alan said. 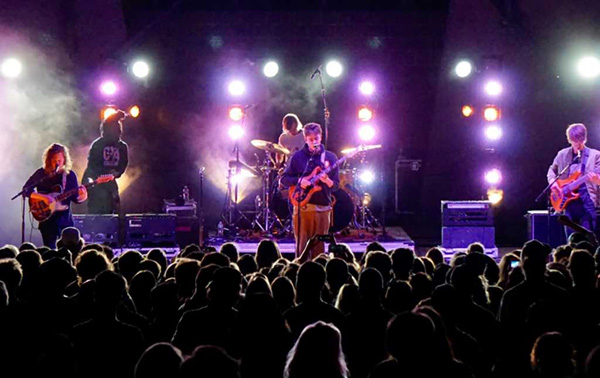 The organisation is discussing increasing coverage of other live city events that can now, with TVU One, be distributed more widely. This includes potentially creating a pool feed dedicated to City-related press conferences, ribbon-cutting ceremonies and so on that can either be shared with commercial media or live to social media.

“If they have a gap in the broadcast news, they could look to our feed and immediately have something to fill it,” said Alan. “If something comes up that they’re interested in, they’ll have our pool feed to use. It would also help them contain remote production costs. Our feed would show up on their TVU system, and they can choose to use it or not. It could provide the city a lot more exposure.”  www.tvunetworks.com.