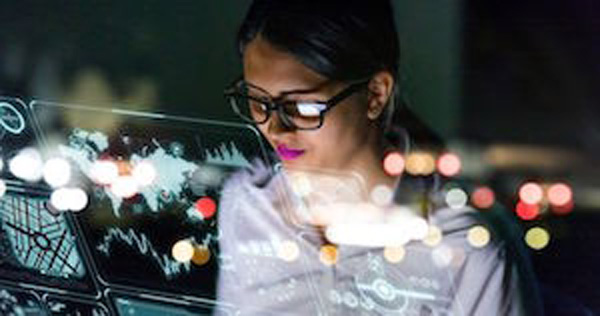 While it's clear that 5G wireless wide-area networking will soon become the future of wireless data and mobile services, it's harder to know what form it will take first and how network services providers will take advantage of 5G to improve their businesses.

Chris Menier is VP and Transformation Strategist at Vitria, a company concerned with businesses undergoing digital transformation who are keen to use cloud computing and the Industrial Internet of Things (IoT) to turn large volumes of data into useful, actionable information. Vitria develops an analytics platform that gives such companies, many of whom are Wireless Network Service Providers, visibility across data and organisational silos affecting their operations, impacting customers and services.

Vitria's clients are not only interested in 5G and ongoing developments in IoT – more specifically, Chris believes that the arrival of 5G connectivity in 2019 will also create opportunities for network service providers who serve the IoT market.

In an engineering sense, the Industrial Internet of Things refers to interconnected sensors, instruments, computers and people networked together with industrial applications including manufacturing, healthcare, transportation, energy, smart cities, retail, buildings and so on. The goal is to be able to design and control intelligent industrial operations, using finely tuned data analytics, in order to improve business outcomes. 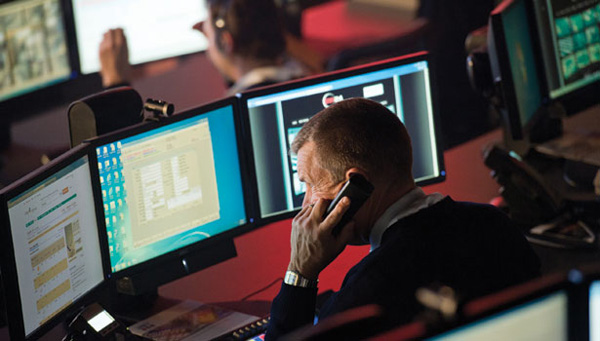 He said, “Network service providers (NSPs) that supply 5G services will be able to add value and generate new revenue streams by easing distinctions between public (Internet) and private data networking environments, both in terms of day to day operationally and at the IT planning level. As a result, NSPs can now play a role in bringing IoT applications to market.

“Some NSPs have been concerned that they are mainly regarded as connectivity providers, with low level services supplied over-the-top. NSPs that are involved with 5G now have an opportunity to build new business-to-business relationships that use the capacity and intelligence of 5G to make various managed Industrial IoT services available.”

The differences that 5G connectivity will make in an Industrial IoT environment - as well as extreme speed and low latency via the ultra-wide broadband - will be greater capacity for machine-to-machine communications and the ability to build a dedicated infrastructure based on wireless NSP networks. 5G supports a change in the fundamental infrastructure of IoT from nearfield to mesh to wireless LAN and now to WAN, affecting how data is moved from small sensor devices at the edge, through to the cloud to perform analytics and engage in the services that make IoT compelling.

One of 5G's new capabilities that is useful in IoT service provision relates to network slicing - an application of virtual network architecture of the type that currently supports software defined networking (SDN) and network functions virtualisation (NFV).

NFV packages network functions on OTS hardware as virtual machines, which become essential components of NFV architecture. Multiple network functions can be added to a standard server, to be monitored and controlled through a hypervisor. Using OTS hardware is important because managers, instead of purchasing and manually configuring dedicated hardware devices that link certain functions to perform desired sequences, can add, move or change network functions at the server level, which is much simpler and less costly. 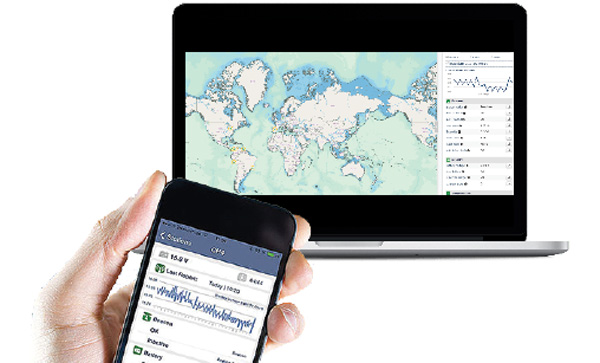 So, if a virtualised function running on a virtual machine requires more bandwidth, the VM can be moved to another physical server, or another virtual machine can be placed on the original server to handle part of the load. Thus, an IT department can to respond faster to network service demands.

Network slicing is related to this form of virtual network architecture, which separates virtual networks that operate on the same physical hardware, applied to different applications or services, to increase flexibility.

Network control is separated from the user functionality, which is shifted towards the network’s edge. Each network slice can have its own architecture, provisioning and security that supports its particular application. Functions such as speed, capacity, connectivity and coverage are allocated to meet requirements. As long as the connection has low enough latency and high enough bandwidth, different tasks can be prioritised on a software-level division of the network. Slices occupying a single physical network are separated as well, so that traffic and security challenges from one slice cannot interfere with another slice.

“It hasn't been possible to exploit virtual network architecture in previous generations of wireless infrastructures. However by addressing portions of the network, you can apply different qualities of service or different capacities across the network in an intelligent, intuitive manner without pulling data back to a central cloud every time for analysis.

“The effect is similar to keeping local caches spread cross the network - you can bring the right networking capacity to the right place at the right time. It will introduce efficiencies and functionality to wireless services for localised applications that were not economically or technically viable in the past,” Chris said. In effect, all machinery or devices within an industrial environment could be connected wirelessly, through the WAN. 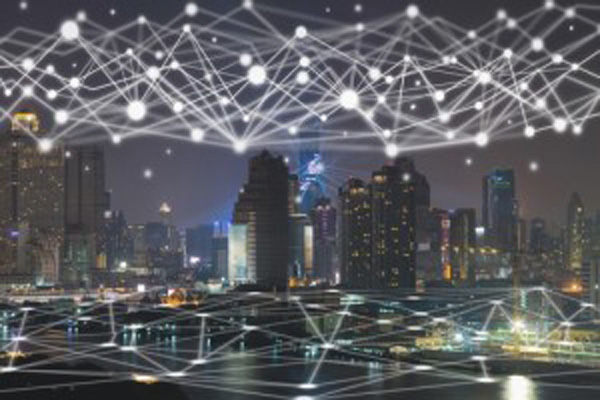 An example Chris gave of applications that would benefit from high data rates and low latency for delivery of live video, for example, might include in-stadium experiences at sporting events. These could involve video displays from a network of cameras and drones around a stadium, combined with live statistics sources and AR graphics and delivered in real-time, due to the ability to allocate resources on demand.

Impact of 5G on Networking

One result of 5G is a flattening of the networked environment, because 5G connectivity can be extended across LAN and WAN applications. Divisions between services for specific devices can be less rigid, and competition between protocols and transport methods, for example, loses importance. “But consequently, 5G is associated with new risks, particularly regarding security,’ Chris said. “Whenever a large number of diverse devices are competing for a provider’s services, a pool of entry points is created, through which data can be accessed.”

Chris sees NFV (network functions virtualisation), mentioned above in relation to responsive on-demand network-slicing, as a major enabler of 5G. As well as becoming the way providers control how and when they allocate speed, capacity, connectivity and coverage, virtualisation will be the best way to make 5G pay off through real-time applications like VR and AR, assisted medical care or assisted technical solutions to problems.

Thinking past the implementaion phase to the action stage, Chris said, “Achieving and deploying 5G, which is what providers are focussing on in 2019 and 2020, is the first stage. But the capability has to be operated - currently the operational side is still complex. There are many new resource delivery techniques to understand such as beamforming, which focusses a Wi-Fi signal as it leaves the router instead of allowing it to spread across the WAN, or massive MIMO, a kind of beamforming originating from a number of antennas. The symmetry or asymmetry of full-duplex (bi-directional) network transmissions need to be considered. The use of small cells is also growing - low-powered radio access nodes used to increase range and capacity in densely populated areas that cannot be sustained by macrocells that supply coverage served by a local tower or antenna. 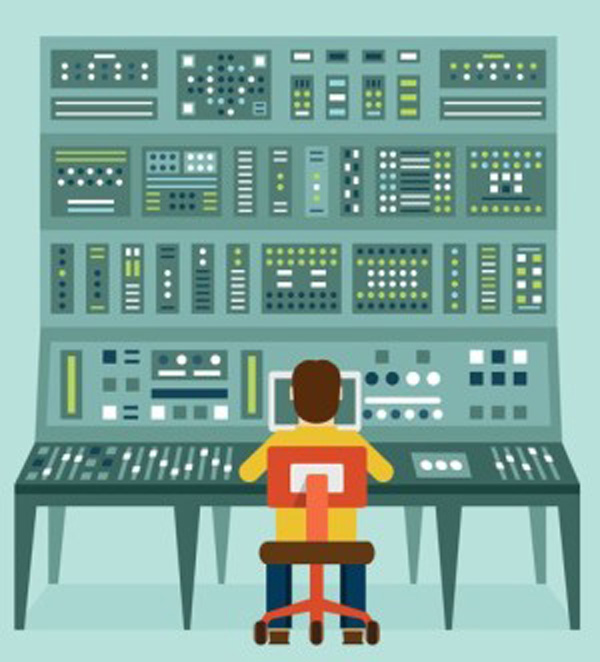 Regarding scale, networking and moving data across the network – that is, network services - is not just about mastering the increasing volume of data, but also reconciling the great variety of data that is generated. Chris' own company Vitria is now working with AI and machine learning to more efficiently automate the way they handle large volumes of disparate data assets. He believes that new approaches like 5G and NFV will create a need to track and monitor a huge number of variables that affects operational and business performance.

“We are working with NSPs and enterprises to simplify the tracking process by associating the array of logs, statistics, counters, scores and telemetry with the basic activities required to deliver a service," he said. "Once the data is brought together, Vitria works with the companies and providers to make sure that the right people have the right access and the right context to do their jobs as well as possible. We are putting machine learning and artificial intelligence to work, to understand and act on the insights that the new, streams of data continuously generate.”   www.vitria.com