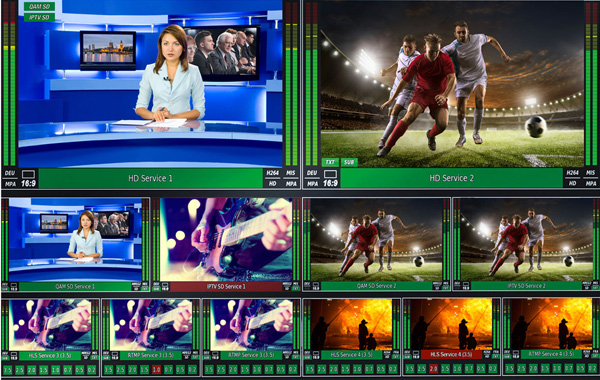 PBS in the US has recently completed a project it launched about two years ago to evaluate the viability of transitioning master control and playout to the cloud. PBS, a nonprofit organisation, is America’s main provider of educational television programming to public television stations. Working with media systems consultants at Happy Robotz in Washington, DC, PBS wanted to objectively research the performance of cloud-based alternatives to the existing PBS workflow.

The R&S PRISMON software-based system monitors and analyses audio and video content for broadcasters and media service providers in real time. It supports many different content transport standards and media formats, including those used in IP-based deployments and legacy signal environments.

In a single platform, the software can handle multiple signals and support compressed streams transmitted via IP multicast transport streams (SMPTE ST 2022-1 and -2) or OTT transmission standards such as HLS, MSS and DASH. R&S PRISMON can also visualise, monitor and analyse uncompressed streams based on the new 2022-6 and 2110 standards, including SMPTE ST 2022-7 and SMPTE ST 2110-20, -30 and -40. 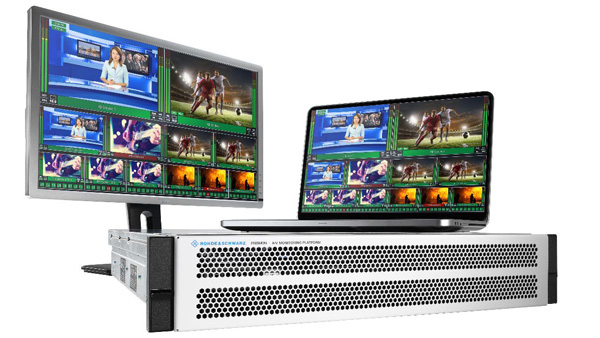 The system has basic and enhanced analysis functions for audio, video and rich metadata and includes intelligent functions to analyse signals, including content compare, black and freeze image and live quality measurement.

Rohde & Schwarz Head of Monitoring Development Bjoern Schmid said, “In the PRISMON system, we re-purposed monitoring functionalities that we have developed over the last decades for compressed services, for use in the new IP based uncompressed studio and playout world.

“Since a broadcaster’s operations all focus on signal quality, R&S developed the PRISMON as a source of objective signal measurements, increasing confidence in the end product regardless of whether it’s coming from the cloud or on-premises.”

For the PBS project, Peter Wharton used the R&S PRISMON to measure the latencies associated with cloud-based encoding and transport and to synchronise numerous feeds of the same content from different signal processes running in the cloud for side-by-side visual comparisons and evaluations.

The R&S PRISMON also objectively measured the performance of various cloud-based encoding systems, highlighting artefacts such as bad pixels and charting errors on a frame-by-frame basis when they occurred to enable data-driven comparisons with the performance of the actual hardware encoders used at PBS.

Taken together, these and other measurements from the PRISMON gave Peter and PBS a practical basis on which to evaluate potential workflows using cloud in place of on-premises, hardware-based playout and master control. “It’s unusual to find all of the measurement and analysis capabilities we needed in one tool. I haven’t actually seen some of the capabilities of the PRISMON in other systems yet, and certainly not at scale, letting us make multiple comparisons of multiple channels simultaneously,” Peter said.  www.rohde-schwarz.com