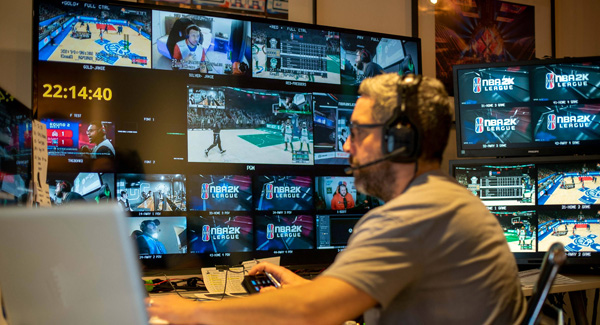 The third season of the NBA 2K League was threatened by the ongoing COVID-19 pandemic that prevented its 23 teams from gaming together in the league’s new Manhattan studio. Within a few months, its entire season 3 production shifted from a studio-based model to a large-scale remote gameplay production model spanning North America.

“Our new Manhattan studio was evacuated suddenly during the COVID-19 shut down in New York just as season 3 was about to start from the league’s new home,” said Chris Mitchell, senior account manager of Client Solutions at Dome Productions. “With our production partner, Defacto Entertainment, we looked for a way to move the entire production and transmission pipeline to a remote set-up that combined live video feeds from 27 cities across the US and Canada, which is a massive undertaking.”

During previous seasons, the players would compete inside the NBA 2K League studio in Long Island, New York, on a centre stage, with six different teams competing throughout the day. The games air on multiple digital and linear platforms including ESPN, YouTube and Amazon Twitch. Once it became clear how seriously the pandemic was affecting New York, Dome Productions had to figure out how to shift the competition to a remote production.

To manage the security risks associated with the open source networks the teams were using from their homes, and to address fluctuating bandwidth in those various locations at peak traffic times, they considered other types of connectivity. Dome Productions purchased and built a combination of Dejero EnGo mobile transmitters and PathWay rack-mounted encoders/transmitters, resulting in low latency video transport able to deliver the signal strength needed in a local network that may otherwise be congested. 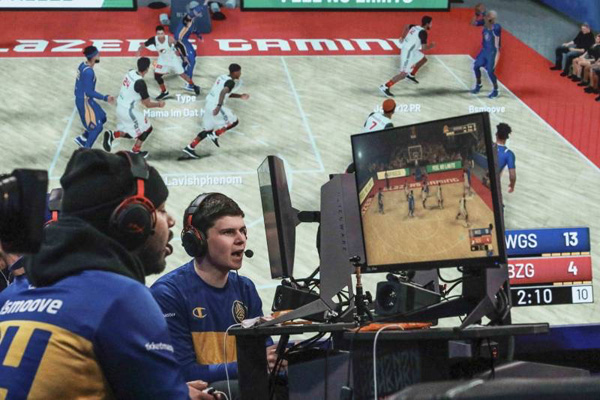 Dejero’s devices use the company’s proprietary Smart Blending Technology, which simultaneously aggregates diverse wired and wireless IP connections from multiple sources to form a virtual network of networks. Having so many options available at any one time improves the reliability of connection paths, expanding coverage and bandwidth.

The Dejero transport system also became the basis of their flypacks, plug-and-play kits that Dome Productions distributed to the competing teams across North America, and meant they could rely on a workable level of connectivity at the locations. As the players set up the equipment at their homes, Dome Productions’ technical support team were able to configure the encoders/transmitters remotely. Meanwhile, operators are tasked with checking the connections in each location daily throughout this season, the last of 2020, which runs until the end of August.

A League game administrator oversees each match remotely by monitoring each player’s movements via live video. Game administrators are able to hear and communicate with players directly in real time. Each match is played in a best-of-three format, which allows the NBA 2K League broadcast producers to switch between games in real time. Fans also have more opportunities to catch exciting moments that emerge during the tournament.

At this time, the Dome Productions control room located in Toronto is receiving, mixing and distributing a large number of live feeds from teams playing in 23 different cities using the WayPoint receiver. Live feeds from two esports commentators, called casters, located in Chicago and North Carolina respectively deliver live commentary for the games. Defacto Entertainment are producing and directing the broadcasts in real time from their offices in Vancouver. 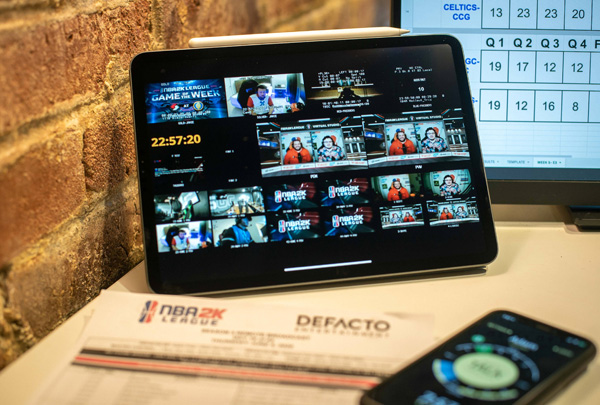 The CuePoint return video server transmits at a low enough latency to allow the casters in Chicago and North Carolina to comment on live feeds without lag. Dome Productions can also access the Dejero equipment remotely to check the bitrate, latency and other parameters.

The games are not only distributed live over Twitch but are now carried by more traditional sports broadcasters such as ESPN in the US and SportsNet in Canada, turning esports into mainstream viewing while the usual sporting events are put on hold. An advantage of this production environment is that multiple games can be produced at one time, which is raising viewership and was not possible when working from a single studio.

The 2020 NBA 2K League playoffs started on 19 August and run until 29 August, when the finals are due to take place.   www.dejero.com