ATEM Mini Pro Livestreams Music for Change Around the World 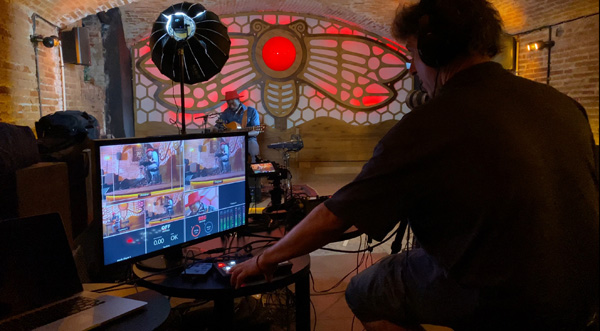 Playing for Change, an international foundation created 20 years ago to connect people through music, brings together a diverse mix of musicians from all musical genres performing in their local environment. Concerts are broadcast via the Playing for Change YouTube channel, which has more than two million subscribers. Playing For Change and the United Nations Population Fund (UNFPA) held an event in December 2020 called ‘Peace Through Music: A Global Event for Social Justice’.

Live producer and cofounder of LivestreamBCN, Carlos Larrondo, has been involved with the foundation’s productions for the past seven years. Livestreams for the channel that Carlos has produced direct from Barcelona have included performances from soul and reggae artist Hugo Soares and the Clarence Bekker Band.

Although the technical requirements for each event are different, a Blackmagic Design ATEM Mini Pro is the foundation of LivestreamBCN’s productions, handling signals from a range of cameras, including the Blackmagic Pocket Cinema Camera 6K. 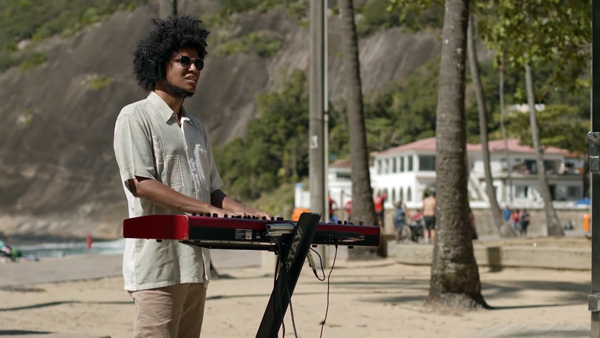 “High quality production values are paramount for LivestreamBCN because our technical systems have to convey the excitement and emotion of the performance,” Carlos said. “I decided on the ATEM Mini Pro for its flexibility. It is portable and durable, which allows me to tailor the production to what best suits the ambience that the musician wants to embody, whether it takes place in a studio, a concert venue or even outdoors.”

With the same I/O and switching as the ATEM Mini, the Mini Pro records direct to USB flash disks in H.264 and streams via the Ethernet directly to YouTube Live. Its multiview supports four cameras, media, preview and program and shows status of recording, streaming and audio.

All productions are captured at 1080p24, but Carlos said that if the team is working on performances with a lot of movement, the additional frame rates of 30, 50 and 60fps can make a large difference in the image quality. 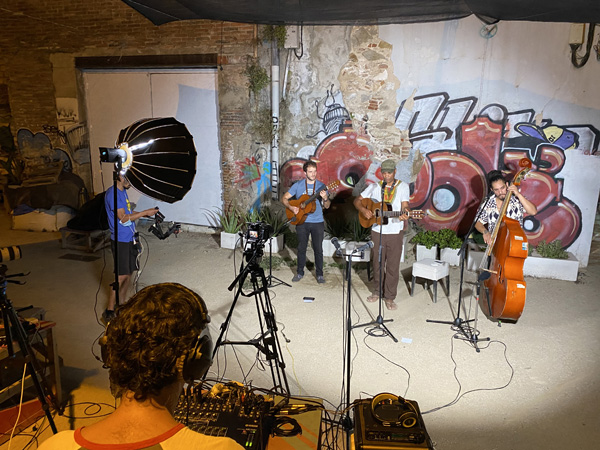 When working on smaller setups, or in particular if crew numbers are limited, Carlos also controls the Pocket Cinema Camera 6K via the ATEM Mini Pro Software Control.

The ATEM Software Control can be used to switch video sources live, load the media pool with graphics, use transitions and keys, change switcher settings and mix audio. This functionality is divided into pages accessed on the UI, and one of these is for camera control via HDMI, including white balance, ISO and shutter. Using the DaVinci primary colour corrector built into the camera, a producer can design digital film looks in live productions using either a CCU layout or a DaVinci colour corrector layout. 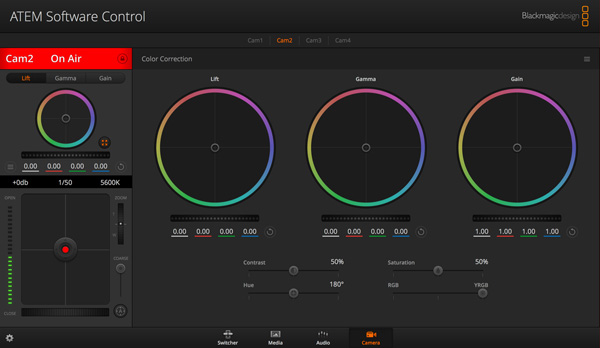 “Also, the options for AV signal destinations can be operated and edited in the library file, as an alternative to a hardware encoder,” Carlos said. He believes that producing the Playing for Change livestreams during lockdown has allowed LivestreamBCN to refine its workflow and approach for the future.

“The ability to connect people through music is powerful, although the industry has had to adapt to this year’s challenges. Manufacturers like Blackmagic Design have helped to support innovation in streaming, in order to create content and performances with potential to unite people.”   www.blackmagicdesign.com