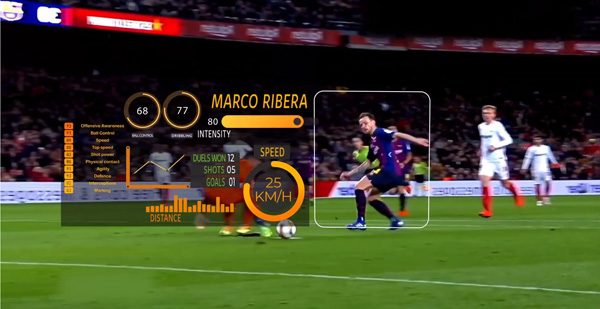 KLAP is a tracking system built to generate data from video that can be used to augment footage in ways that create engaging sports experiences for fans. The KLAP engine analyses high-action video and automatically detects and tracks features and elements of interest to generate useful data.

Data can be produced at scale, owing to KLAP’s entirely cloud-based system architecture, and used to enrich content by visualising analytics, per team and player, or to detect and track elements in the video for augmented reality graphics or archiving purposes. This kind of tracking data and detection data can also be used to automate highlights clipping and editing to support sports programming.

Digital Media World spoke with Olivier Chatillon, co-founder of KLAP, about developing the company’s AI engine. The type of data it generates – such as speed, player contact and distances – depends on high-quality video analysis, and the precision and accuracy of KLAP’s detection and tracking is what makes it stand out. 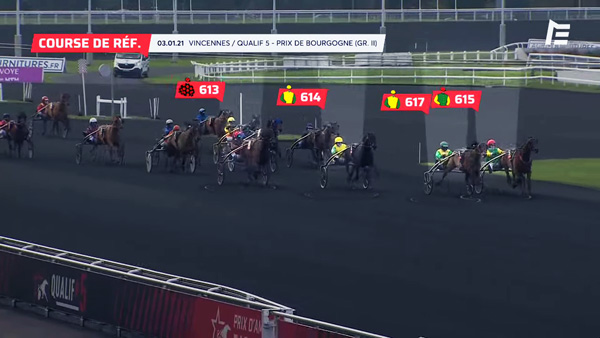 “We continuously devote research and development to visual tracking precision," said Olivier. "Our exclusive concern is tracking data as the driver of all use cases that follow – data generation, player highlights, clipping and so on.” Making use of deep learning, the visual tracking system is the result of two years of R&D. In partnership with their initial client, the French horse racing channel PMU/Equidia, their data engineers collected a database of hundreds of thousands of images with which to train their AI algorithms.

“Currently, I believe we have the best available visual tracking for horse racing, and we are now focussing on other sports as well as improving performance for live applications and multiple-camera coverage. KLAP is a 100% cloud-based software system, which is one of our strengths – in 2019, our company won the AWS prize ‘Startup Architecture of the Year’ at the AWS Summit in Paris from among 6,000 participants,” Olivier said.

“KLAP’s sources are raw camera video. We create a new kind of original visual data and therefore subscriptions to statistics sources are not necessary. The KLAP visual tracking engine software resides on cloud-based servers and can be connected to any type of camera. Depending on the client’s requirement, we might install a computer on site to deliver tracking data in real time, but otherwise no hardware is required to establish a connection between the camera and the servers. 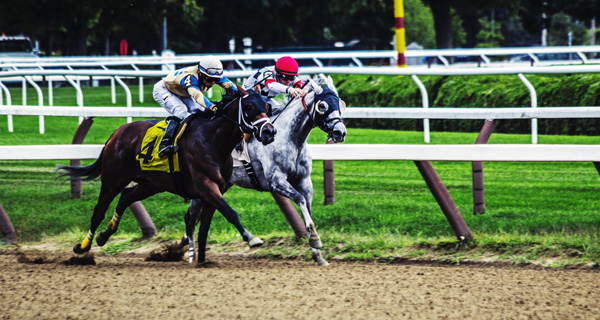 “We have set up a cloud protocol to access the raw data from cameras and deliver the output anywhere the client wants. Equidia, for example, wanted us to connect with their operator interface so that the operator can select the horses he wants to highlight for replay videos.”

The training process is started by plugging a generic engine into your content to generate a first level of data from those images. From this, KLAP's engineering team collect data related to your specific business context and begin training the algorithms based on this database. They then get an overall score of relevance to your interests and from there, they can tune the KLAP engine to start generating data and statistics at scale.

“Our purpose is purely to generate and deliver tracking data, and allow clients to focus on customising the graphic visualisation of that data, as part of their visual identity. Each client normally has their own workflow, operator interface and software, so instead of developing our own graphics engine, we integrate with the client’s graphics system – typically an in-house team or external graphics company the client chooses to work with.” 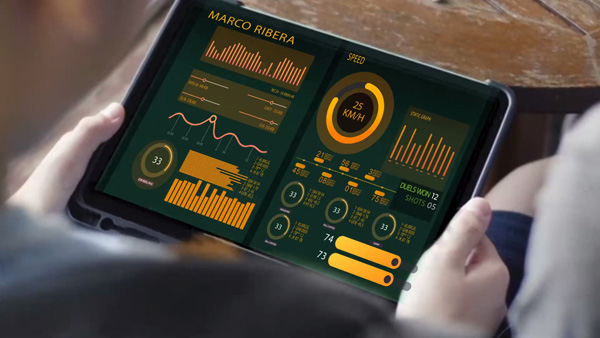 It was challenging to convince a recognised name like Equidia to sign with them without a reference or use case. That breakthrough contract was mainly due to the recognition from AWS, support from technology accelerator Media Motor Europe and our talented engineering team. The contract with Equidia is also why KLAP are currently focussed on horse racing. A second market they are developing now is indoor soccer with their client Urban Soccer, which has rapidly gained popularity in Europe, and they are discussing business opportunities with other sports.

Olivier said, “The cloud tracking system is plug and play which means that, right now, any client can start tracking horses. However, if clients have specific integration involving content that is very different – which was the case for Urban Soccer –  that means we need to train and calibrate the existing AI algorithms to this specific content.”   www.getklap.com