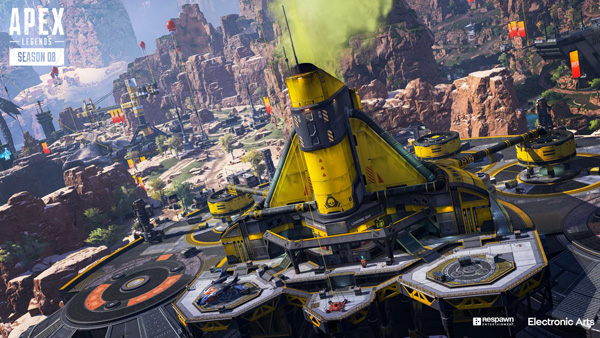 Apex Legends Global Series is made up of competitive online and live events produced by EA CGE and Respawn. Played on PC, PlayStation 4 and Xbox One, Apex Legends Global teams around the world compete within the Series format across five global regions.

To produce and deliver the competition from these series for fans, EA CGE division works through a cloud-based system using the Evertz DreamCatcher BRAVO Studio live production replay platform. BRAVO unifies multiple DreamCatcher applications for scalability, resulting in a collaborative system. The projects demand extreme scalability, due to the large number of feeds involved, and the ability to operate virtually in any public or private cloud environment over a low latency, low bandwidth interface. 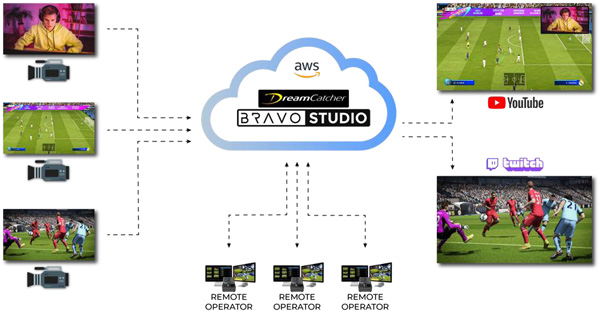 Using NDI, SRT, RIST, RPE and RPS protocols, multiple sources in different formats can be sent to a DreamCatcher BRAVO Studio in the cloud. EA CGE operational staff can log in to the system to access feeds, produce live shows, isolate replays and edit highlight packages. This produced content can then be sent to a Media Asset Management (MAM) service or distribution platform in the cloud for, finally, playout to content distribution networks (CDNs). All of these tasks can be performed from home or from wherever the staff are working.

“DreamCatcher BRAVO Studio was very easy to set up and could be integrated directly with our existing cloud-based production systems,” said Brian Bredenbeck, Sr. Technical Production Manager, Competitive Gaming Content & Programming for Electronic Arts. “The system’s very low latency requirements for operator control, and the overall quality of the content streamed to viewers, gives us a level of reliability that is reassuring, especially considering that EA has hundreds of thousands of viewers watching around the globe.

“The platform successfully produces 1080p 59.94/60 formats without issues, and the dynamic features and tools – such as live switching and live graphics, slow motion replay and telestration – allow our operators to create singular viewing experiences audiences don’t often find elsewhere.” For example, an operator can use DreamCatcher’s Timeline Record feature to record edit decisions through a show, creating show edits as timelines in a chosen format. Using the render free engine, the timelines can be flattened for playback as individual clips within the live production.”

All of the operation staff were operating remotely, using DC-ANYWHERE interfaces with DreamCatcher controller integration. The DC-ANYWHERE software uses existing DreamCatcher operator nodes to extend the operator surface to any device locally – to any end point on the LAN or WAN network – using a web browser. A content management station, allowing search and management across multiple servers, was also added to this event as centralised signal acquisition/distribution and content import/export functionality. 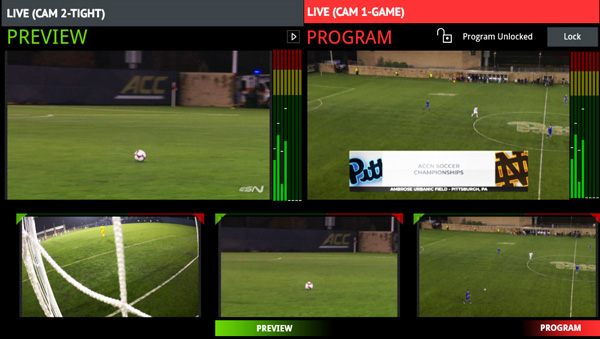 For monitoring and scheduling, an Evertz MAGNUM control and orchestration system was integrated. MAGNUM manages scheduling of services and resources to initiate the live event work space and to connect the cloud resources and remote operators into a single cohesive live production. Each of the devices, panels and control interfaces has customised access to resources. The MAGNUM system can be configured and managed from anywhere using a web browser on a computer or mobile device, with one interface to monitor events and filter via web reporting tools. evertz.com