The annual South by Southwest (SXSW) film, music and interactive media festival was cancelled in 2020 due to the pandemic but returned the following year, in March 2021, as an online festival hosting live panels, special events, virtual cinema and other events.

The festival organisers moved the festival online by managing and collaboratively reviewing media remotely, using a hybrid cloud media management system called iconik. Their team used it to share files from dispersed storage locations, collaborate on video and enrich media with AI. Equally important, SXSW organisers could use the system to connect with each other and contributors.

A major task of running the festival remotely was collating and organising the 80 feature films, 92 short films, 70 music showcases and 541 conference sessions that made up the SXSW content. SXSW Film Exhibition Manager Gabe Van Amburgh, working with SXSW Partner Garrett Sergeant, CTO from Simple DCP successfully used Iconik to set up workflows for these processes that staff members, most of whom had never used media management tools before, could adopt fairly easily.

Due to the volume of media that had to be processed leading up to the event deadline, SXSW needed to automate workflows wherever possible. Using the iconik API, the media management system was integrated with third-party video transcoders that would process hundreds of videos at time, to create various versions with different intros, end cards and sponsor messages.

Gabe said, “The real challenge was to collect content for two months and then push it out within two weeks – gathering, organising and quality checking. It was a bottleneck that we decided we could best address by working with our systems through a hybrid cloud. The end result was better than if a whole team had been manually downloading and editing content.” 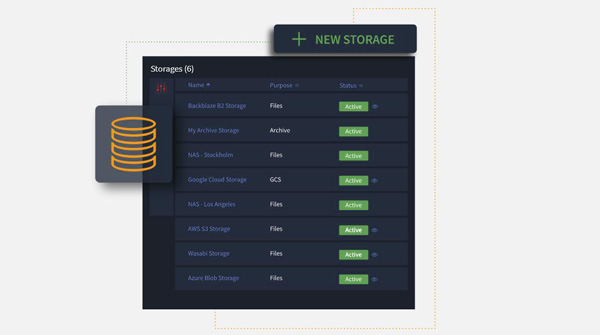 As a hybrid cloud system, iconik makes use of cloud services while keeping a level of on-site functionality, which allowed SXSW to move media where and when it was needed. Large video files were kept locally for editing, which reduced the bandwidth costs, and files were brought into the cloud as needed. Meanwhile, files could be viewed anywhere.

Hybrid systems are made up of on-premise storage, run by software capable of intelligently managing files and file movement – including communicating with off-site cloud storage and archive in order to send and receive files. iconik Storage Gateway is an example of this kind of software. It monitors and indexes NAS, direct-attached or SAN file systems, creates local proxies and then pushes the proxies to the cloud while linking the cloud assets to the on-premise files.

By the time the event got underway, all of SXSW 2021’s media assets were organised in iconik. The workflow started with receipt and ingest of videos for film festival submissions, conference presentations and performances into Wasabi S3 cloud storage. Without downloading, cloud-based Simple DCP software transcoded, watermarked and conformed the material for use in the festival’s content delivery network (CDN).

From there, iconik added transcriptions and metadata, made the content available for review and approval, and triggered Telestream Vantage transcoders, also cloud-based, to initiate the versioning and playout workflow. More information about specific tasks in these workflows follows.

Producing SXSW online gave the organsers the opportunity to include closed captioning on all of the content, making this event more accessible than any they had produced before. Not only could hearing impaired viewers be included, but also all transcribed spoken words became searchable in iconik, making the content more useful. 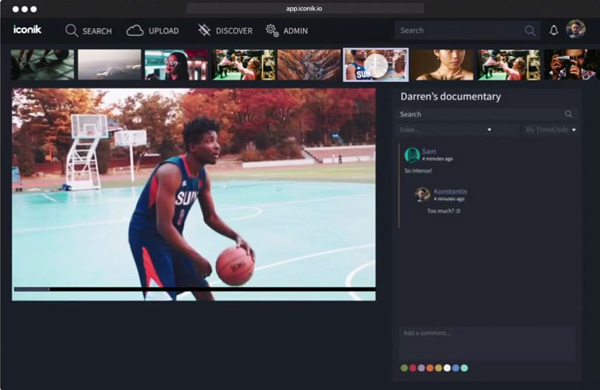 For SXSW Film Festival content, closed captions supplied by the filmmakers were added to the films and reviewed in iconik’s transcription panel. For SXSW Conference content, an integration was formed between iconik and Workflow Intelligence Nexus (WIN), a service that automates custom media workflows. In this case, human-based transcriptions prepared by Rev were automatically added directly to assets in iconik. Gabe could have transcriptions ready to share and review within one day without requiring the event organisers to manage them manually.

Review and Approval and QC

Gabe and Garrett found that none of the available CDN services included a practical way to collect media and perform quality control (QC), so they used iconik for these tasks as well. Garrett worked with WIN to design and implement a new ingest workflow that made it straightforward to onboard new users who were authorised to review the content, and supported the QC process for commenting on and approving content, ready to go online.

Through iconik’s custom metadata forms, SXSW set up a review platform with specific QC checklists for video content, caption content and upper-level approval. iconik can map embedded metadata such as IPTC, XMP and EXIF to the user’s custom asset metadata fields. When new media is uploaded to iconik, mapped field values like dates, times, camera settings or license info can be automatically added into the asset’s metadata. From these, users created metadata views for QC.

Iconik has an AI-framework for auto-tagging video and audio assets and can use any machine learning service to tag content. iconik is currently integrated with Google Video Intelligence and Amazon Rekognition, but can also be integrated with custom trained services. The automated metadata features also made it possible to share content internally to add time-stamped comments to assets. If someone noticed an error in the colour correction or missing credits, they could return it to the filmmakers for revision.

Each video needed an average of five versions with varying intros, ads and end cards. The team did not have the time to edit each of these versions manually, so they had planned to use their CDN to handle this with playlists. It was only a few months before the event that they learned this wouldn’t be possible with their CDN. 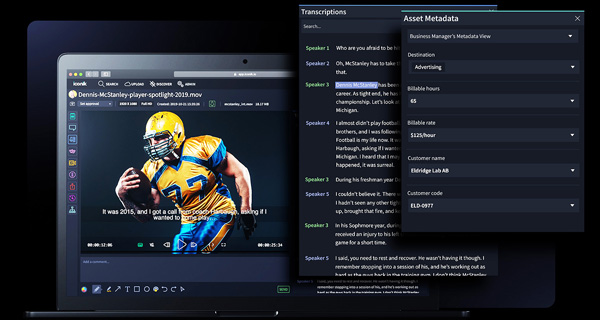 Garrett devised an automated editing workflow with iconik. “The variations essentially became recipe-driven, where certain content would be cut with certain intros and ads,” he said. “The initial question was how to pull these from the cloud, edit, and send them back up, but I didn’t see a reason to take them down from the cloud at all.”

First, content blocks were selected within the metadata view in iconik. That metadata was taken into the Vantage cloud transcoders, where hundreds of files could be transcoded at a time, re-transcoding the content to add each new section to create a final new asset in iconik. The new assets were then organised into collections and sent out to the CDN as content for playout. This process saved the team many hours in the production process.

Although virtual events don’t replace being at a live show, SXSW online created new possibilities and allowed more people to learn what SXSW is all about. Looking forward, Gabe anticipates that future SXSW festivals will be hybrid events, with live and online events happening at the same time. The ability of organisers to manage the media in two separate flows of will be vital.

Garrett Sergeant also noted, “You never know what will be valuable later. Managing everything in one place keeps the legacy of events in view. Organisers can see the history, find big moments that shaped the event at the time and then became a catalyst for the future.” www.iconik.io