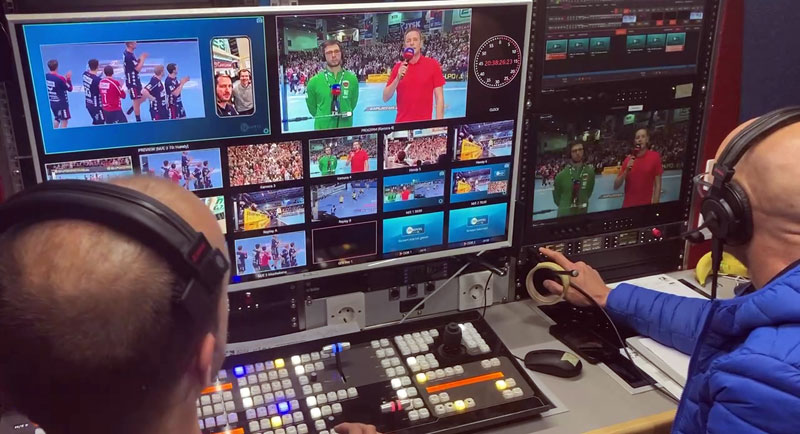 Sky Germany, in collaboration with O2, presented the top match in the Liqui Moly Handball Bundesliga via O2's 5G network, carrying out production entirely in the cloud.

The match took place between teams SG Flensburg-Handewitt and Füchse Berlin in early November. At the event, Sky Germany set up a multi-camera production with a mixture of broadcast and mobile phone cameras and used a straightforward 5G transmission, powered by LiveU, to move the action from the playing field into the cloud.

In the cloud, a workflow was established between Vizrt remote production tools and LiveU by virtually co-locating the LiveU transmitter software with the Viz Vectar Plus live production system, forming an interconnected process that sends the LiveU Reliable Transport streams as NDI directly to Viz Vectar’s switcher via IP connectivity. Physical hardware was not required, because the LiveU software is hosted in the AWS cloud environment. The LiveU set-up is scalable and keeps latency close to zero. 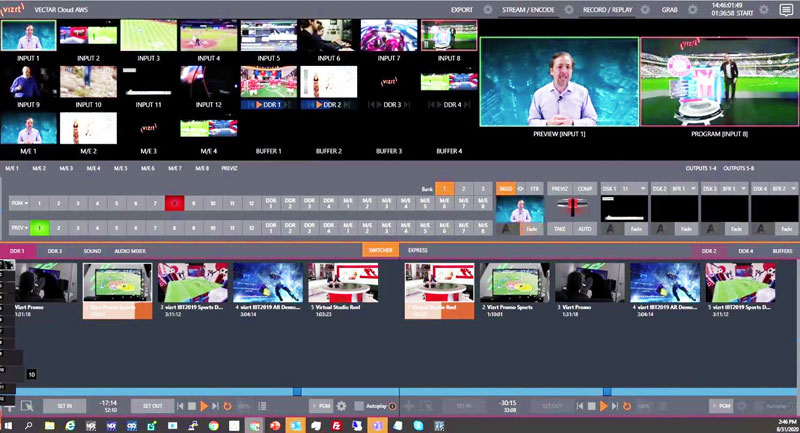 Switching, graphics and sports analysis were carried out using the tools in Vizrt’s Live Production Solution, all deployed in AWS. This deployment made it possible for Sky Germany to use the Solution’s components – Viz Vectar Plus for switching, Viz Libero for sports analysis and Viz Engine and Viz Arc for graphics – through the cloud.

Data and signals were moved between the sources and the Vizrt tools via the NDI protocol – specifically, through the use of NDI Bridge, which brought the program feed from the cloud back to Sky HQ in Munich. Using this Bridge meant the live production teams could continue to work natively in NDI, end-to-end, reducing complexity, cost and latency.

Although Viz Vectar Plus can be used as a software download and installed on a local computer system, it can also be used as a virtualised package running in a public cloud environment that supports GPU processing, as in this situation for Sky Germany. It also works outside the usual input sources to include streaming protocols like NDI. 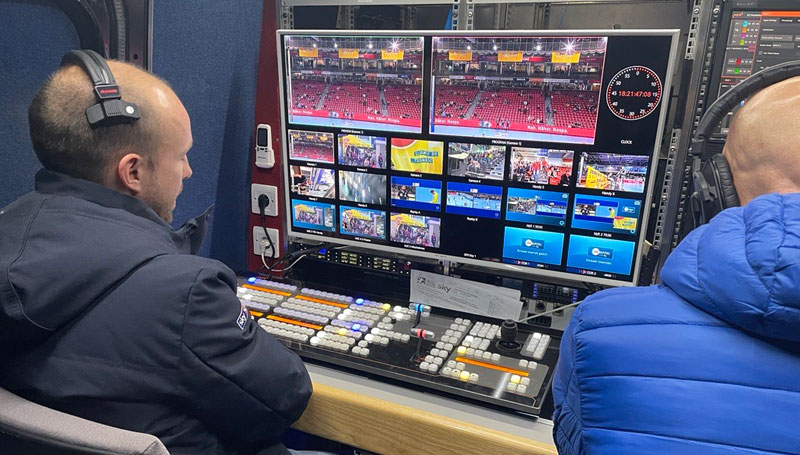 The Viz Libero 3D telestration package requires no infrastructure in the stadium, so that its file-based workflow works well for remote productions. Its support for video formats including 4K, HDR, 1080p and IP in their native format, allows the team to create and use customised graphics.

Viz Engine’s support for NDI was also important for the graphics because of its influence on the compositing and rendering. Native NDI integration allows the synchronization of tracking data and NDI sources, opening various possibilities including Viz Libero AR setups with PTZ cameras. Viz Arc, which is software control for AR graphics, communicates with tracking devices and controls PTZ cameras using NDI, and supports previews with NDI video sources.   www.vizrt.com