New England Sports Network (NESN) is New England’s largest television network. Owned by the parent companies of the Boston Red Sox and the Boston Bruins, NESN broadcasts more than 250 live sports events each year and has numerous valuable on-air assets. NESN delivers news and coverage across all sports but their live coverage of the baseball and ice hockey games is what drives audiences and revenue to the network. Forbes Magazine has ranked the network in the top 10 most valuable sports business brands in the world in recent years.

The network became aware that their ability to maintain viewership and safeguard ad revenue would depend on security and business continuity measures to protect their assets. Keeping strict policies related to security and business continuity to protect against potential outage during live events is critical for NESN and the sports leagues they work with.

They wanted to put a comprehensive disaster recovery (DR) system in place but also wanted to avoid replicating their primary playout operations, and therefore worked with Imagine Communications on an asset protection system. The resulting set-up features Imagine’s Versio integrated playout infrastructure, optimised in the cloud with AWS.

Already a long term customer of Imagine’s on-premises channel playout infrastructure, NESN participated in the development of their DR strategies and systems.“While securing our on-air assets has become a top priority, maintaining dual air-chains to cover for each other would have been cost-prohibitive,” said Kenny Elcock, vice president of engineering for NESN. “However, when Imagine showed us the progress they had been making in cloud security, I knew we were on the right track. 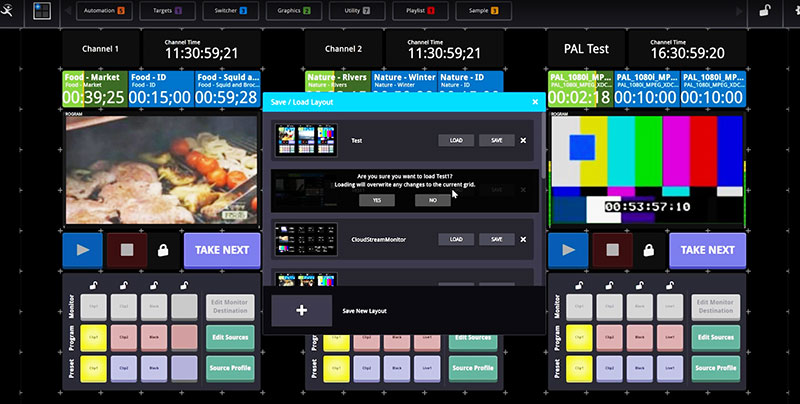 “What they proposed was straightforward, needed no major changes in workflow or resources, and could be up and running very quickly. Imagine had the new DR system configured the way we wanted it on AWS – and fully trained our operations team – within just a few days.”

NESN had been one of the first networks to adopt an integrated playout platform using Versio with Imagine’s ADC automation. The new DR implementation adds Versio playout functionality virtualised on AWS, allowing it to take the live feeds from stadiums in parallel ― one back to the main playout centre and one to the cloud. Using an automated process that mirrors on-premises content and operations in the cloud, NESN can make sure commercials and playlists are up-to-date and ready to air, at all times.

This means that, if a failure occurs at any point, the output can be instantly switched to the cloud. The system NESN deploys will also automate the playlist processing. The changeover and live playout can be controlled from any location with an internet link.

“Broadcasters and content companies are now realising that business continuity is vital to retain audience recognition and maintain revenues,” said Glodina Lostanlen, chief sales and marketing officer at Imagine Communications. “The cloud serves as an immediate, practical option for disaster recovery. Moreover, by working this way now, networks have a solid foundation toward complete virtualisation of their infrastructure, and the potential for new revenue streams, which depend upon reliable, timely delivery of live content.”

NESN’s cloud-based DR solution was implemented by Imagine in conjunction with the broadcaster’s engineers and operators and was in place in time for the start of the 2021/22 sports season. https://www.imaginecommunications.com