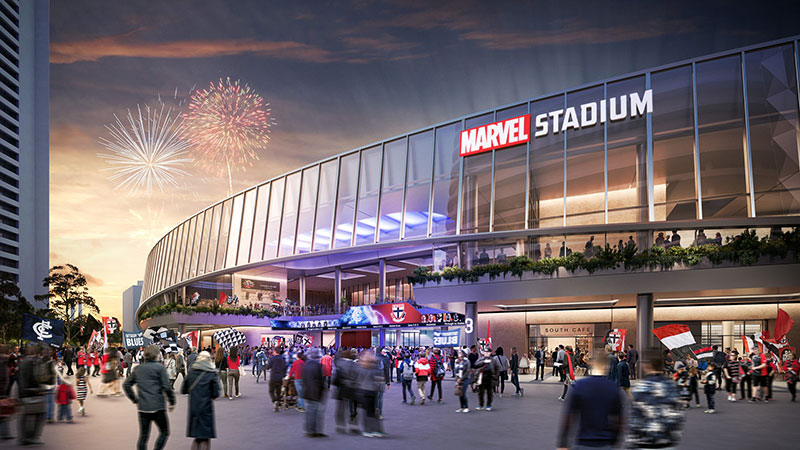 MyEvent Productions supplies technical live event systems and services to clients across eastern Australia, from offices in Melbourne. The company’s services range from production and design to equipment rentals and IT consulting, with an emphasis on live streaming. The company specializes in corporate events, with a client-base encompassing financial services corporations, the health promotion foundation VicHealth and others across many industries.

The company took on its largest live streaming project to date in December 2021 when it streamed more than 20 simultaneous feeds for RMIT University's graduation event. Above all needing flexible, reliable encoding, they used Ultra Encode universal live streaming encoders from Magewell.

RMIT is a recognised university of technology, design and enterprise located in Melbourne that placed in the top 250 schools worldwide in the annual 2021 QS World University Rankings. The school held the 2021 graduation ceremony at its large, open Marvel Stadium in December. Live streaming of the event, enabling graduates’ families and friends to share the moment around the world, was important to everyone because the university’s students come from more than 200 countries.

MyEvent received the project assignment about five weeks before the ceremony, resulting in very tight timelines for planning and implementation. To deliver on a much larger scale than MyEvent’s typical projects, the team needed to quickly expand its equipment inventory. 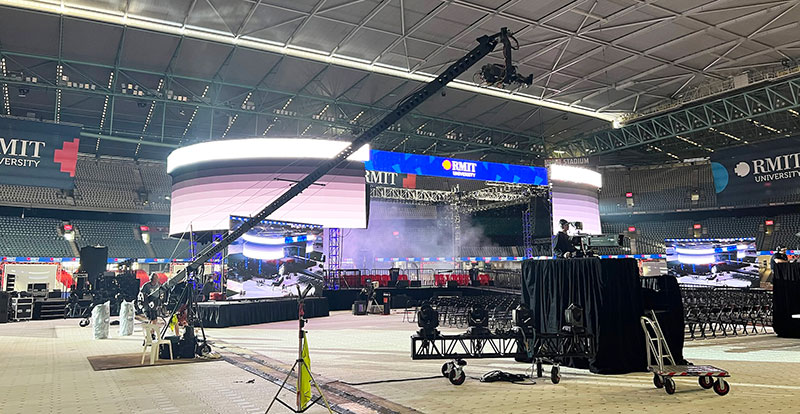 “Our task was getting live streams of feeds from all 21 presentation stages out to the world,” Duncan Underwood, Live Streaming and Production Manager at MyEvent Productions said. “The most we had ever set up before was four simultaneous live streams, so we had to bring in extra devices.”

MyEvent had used a small group of Magewell Ultra Encode devices on an earlier project for live, point-to-point, remote video contribution using the SRT protocol. For that project, the SRT streams that the Ultra Encode generated were pushed to Magewell Pro Convert for NDI to AIO decoders, which decoded the streams for output to a huge three-projector display.

The success of that project, along with recommendations from industry peers, led Underwood to choose Ultra Encode for the RMIT event. “I regularly talk to other video professionals about their experiences, and the Magewell name is often mentioned as robust, reliable hardware,” said Duncan. “So even though the Ultra Encode product itself is fairly new, I didn’t mind buying several more units for this project.”

Magewell devices are distributed in Australia by Corsair Solutions. As well as the units MyEvent purchased, they hired more Ultra Encode devices from another production company to round out the fleet for RMIT’s graduation. 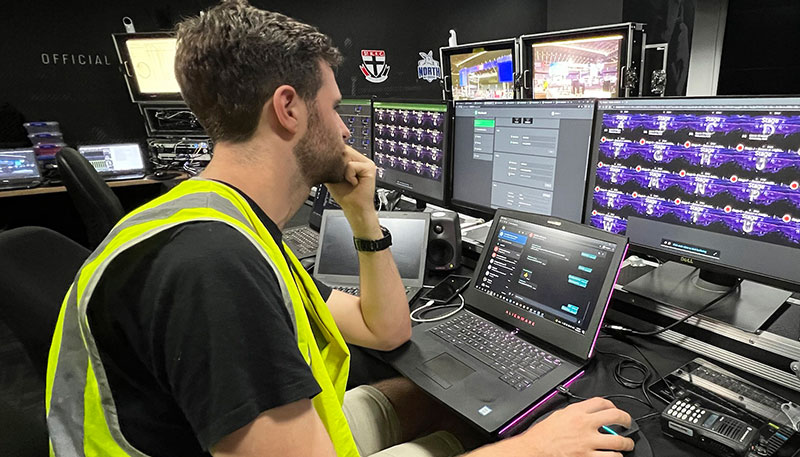 During the ceremony, a number of vision switchers combined live camera feeds and PowerPoint presentations from each stage. In use on all stages except one. the Ultra Encode devices took in SDI outputs from each switcher and encoded them into high-quality live H.264 streams for viewing on RMIT’s various YouTube channels.

Duncan noted that with so many live streams, the stadium’s network infrastructure became a critical factor that required detailed consultation with the facility’s IT engineer, and made network monitoring a priority throughout the event. To help, MyEvent used Magewell Cloud management software to centrally monitor the status of the Ultra Encode units and access individual devices’ web-based dashboards, as needed.

“Magewell Cloud is an exciting development for us,” he said. “It was especially useful for the RMIT event, which required us to closely monitor the infrastructure for so many devices and streams.” Installed on the client's server or cloud hosting platform, Magewell Cloud has stream management features as well, including SRT gateway functionality and protocol conversion.

Another MyEvent team member also quickly developed a multi-viewer application that allowed operators to see the dashboards of all Ultra Encode units on a single monitor at once, cropping each one to focus on the video preview. This output was used for at-a-glance confidence monitoring of all streams on one screen. 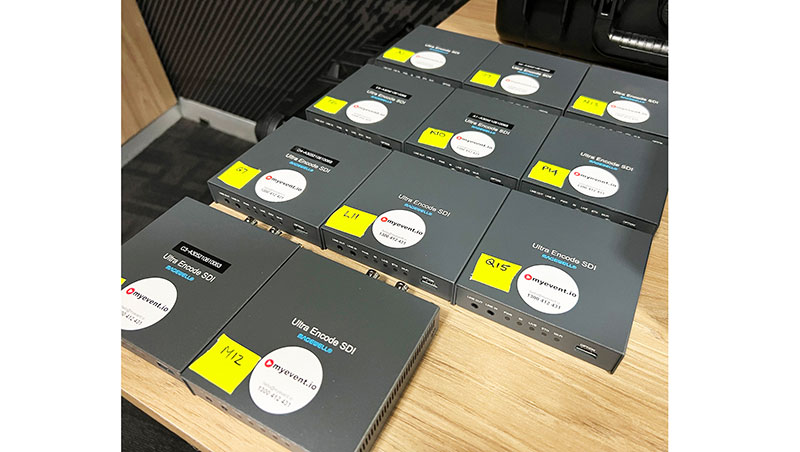 The Magewell gear carried on without issues for MyEvent during the RMIT graduation event, and Duncan said the team’s out-of-the-box experience with Ultra Encode for this project was extremely easy. He said. “We have tried other major brands before and had multiple issues, but the Magewell products have been very good and just work. The live events business requires dependable products.”

MyEvent also uses Magewell’s Pro Convert HDMI Plus encoders, finding them useful to bring PowerPoint and Zoom sources into vMix software via NDI for virtual and live events. The devices transform the HDMI output of the presentation computer into full-bandwidth NDI streams. Duncan often also uses NDI and SDI feeds in parallel during live events, which keeps their operations flexible and redundant in case any part of the infrastructure fails.

MyEvent now owns 17 Ultra Encode units – 12 with SDI inputs, and five HDMI models – and is planning to use them on future projects. “The feature set and price of Ultra Encode makes Magewell stand out in the market,” he said. “While we bought them specifically for the RMIT project, their flexibility means there’s lots more we can do with them.” www.magewell.com