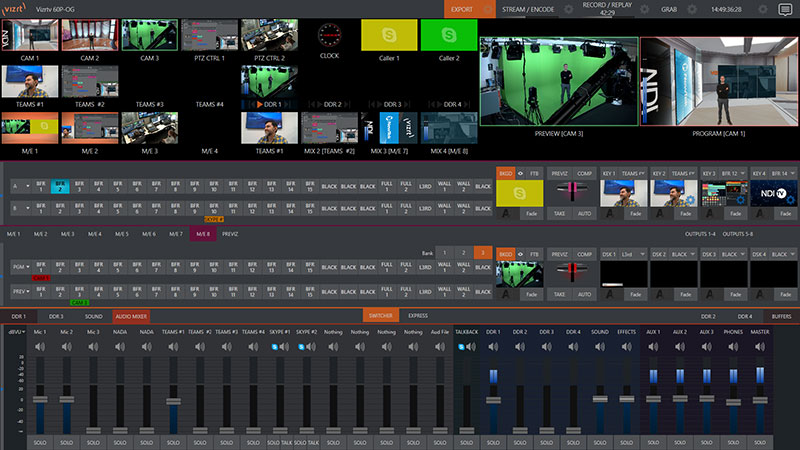 Since its release in September 2020, Viz Vectar Plus has been used to support live productions in the cloud for Sky Sports Germany, Media.Monks, ATP Media and a Premier League match for an IBC Accelerator project.

With an increase to 44 audio channels to match the existing 44 channels of NDI inputs, Viz Vectar Plus gives productions the opportunity to use cloud-ready vision mixing to scale up a production significantly. Dynamic macro capabilities in particular help operators that need to deliver complex productions.

NDI Genlock guarantees consistent timing between cameras, and NewTek's Live Call Connect enables users to bring in remote contributors as sources from a wide range of communication applications. Operators can now send Alpha Channels through one of the MIX outs as well, which brings post-production closer to live contribution.

Built-in web streaming capabilities support a choice of connection types, resolutions and cloud providers, while simultaneous encoding on three channels, in anything from HD to UHD, gives producers the chance to maintain flexibility. 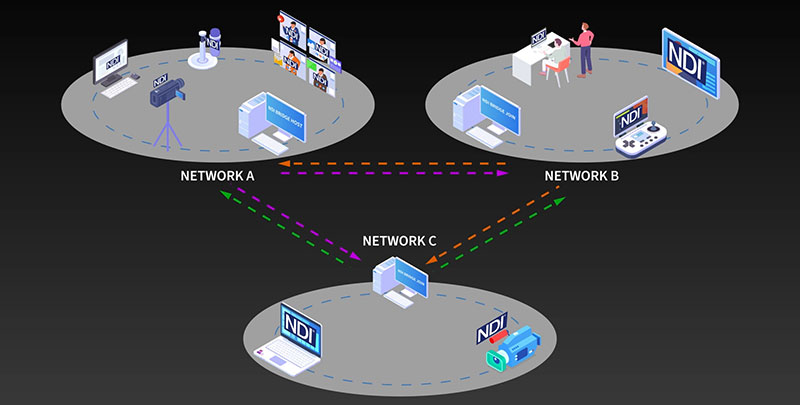 “As we worked with customers, the need for upgraded audio features, better stream distribution and the ability to use the NDI5 updates, became evident. Viz Vectar Plus has been fine-tuned to meet the demands of cloud-based live productions now and in the future,” said Ulrich Voigt, VP Product Management for NDI, Live Production and Cloud.

As an NDI-native system, Viz Vectar Plus incorporates potentially millions of audio and video inputs, and has features that simplify the process of producing content from almost any source. For instance, mix-minus selection – leaving out inputs that create echoes or feedback – in Live Call Connect makes it easier to integrate video communication applications as video inputs, and integration with NDI Remote means that, by sharing a link with the user, a mobile device can be incorporated as a live production camera. Video from a mobile device anywhere in the world may be fed into virtually any video software application.

With support for NDI Bridge, sources can be securely shared between local, remote or cloud sites, due in part to NDI’s ability to discover and connect to all NDI sources on a network anywhere in the world. It allows live production teams to stay native in NDI, end-to-end, further reducing complexity, cost and latency across distances and with different applications.

Viz Vectar Plus video inputs now possess native support for the latest version of NDI|HX, raising video quality and reducing latency while requiring much less bandwidth than is required for full NDI. Broadcast-quality low-latency streams may be used, while maintaining visually lossless performance. 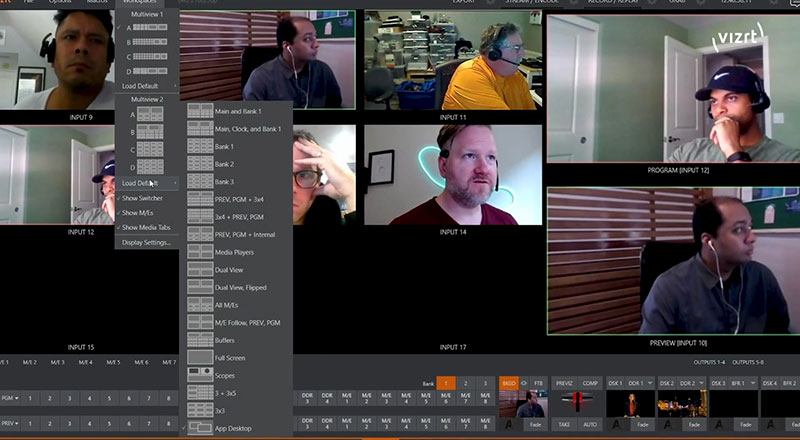 Viz Vectar Plus includes Neural Voice Isolation, which is powered by Viz AI and helps improve audio quality. Neural Voice Isolation uses artificial intelligence to automatically detect voices and clean other sounds from the audio so that remote callers can be clearly heard in loud environments.

During development of this latest version of Viz Vectar Plus, Vizrt worked with Amazon Web Services to complete the AWS Foundational Technical Review which authenticates and guarantees the suitability of software for developers. Vizrt’s Live Production Solution, with Viz Vectar Plus at its core for cloud-based deployments, was subjected to specific guidelines to adopt a subset of AWS best practices that reduce risks related to security, reliability and operational excellence.

AS well as AWS, Viz Vectar Plus works with all major cloud providers and is available on the Vizrt Flexible Access monthly subscription model. To expand Viz Vectar Plus’ capabilities, an option is available to add on up-to-date versions of Viz Trio and Viz Engine for graphics, alongside Viz Mosart for studio automation. www.vizrt.com