Grass Valley Collaborates and Integrates to Open Up GV AMPP 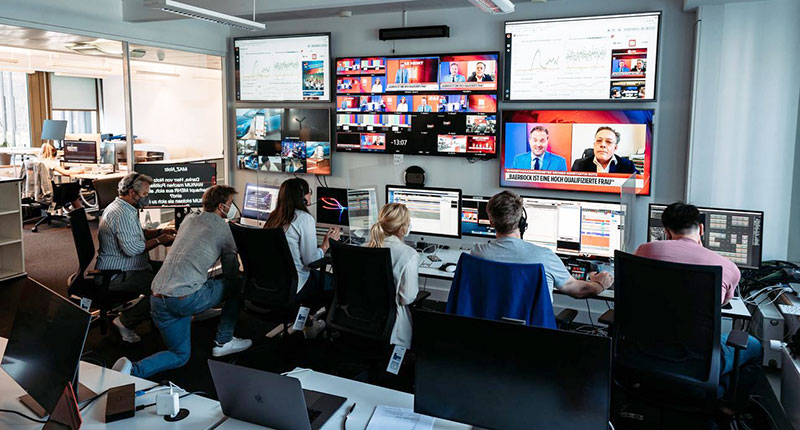 In the lead-up to NAB 2022, Grass Valley has been expanding the reach and accessibility of the Grass Valley Media Universe and its cloud-native software platform GV AMPP (Agile Media Processing Platform) through several collaborations, and through system integrations that change how the platform works. This work has involved AWS, NDI, Unreal Engine, Vizrt and Diversified, and making its core AMPP Playout functionality available free of charge.

For instance, at the Show, Grass Valley announced a multi-year strategic collaboration with Amazon Web Services (AWS), to help companies in the media and entertainment sector take more control over their businesses through cloud-enabled and cloud-connected workflows.

Through this collaboration, organisations will be able to work with Grass Valley and AWS to find alternatives to costly, inflexible traditional broadcast systems, and use GV AMPP for the technical support needed to shift their businesses to a flexible, cloud-orientated structure. AWS’ infrastructure will enable users to create, produce and monitor their media supply chains from wherever it suits them to work, and at scale.

CEO at Grass Valley Andrew Cross said, “With GVMU, we enable our products and third-party partners to work together in the cloud and deliver new software and services that improve live content production and distribution workflows. Collaborating with AWS supports that strategy by giving users access to a greater pool of talent and products with which to address new workflows.” 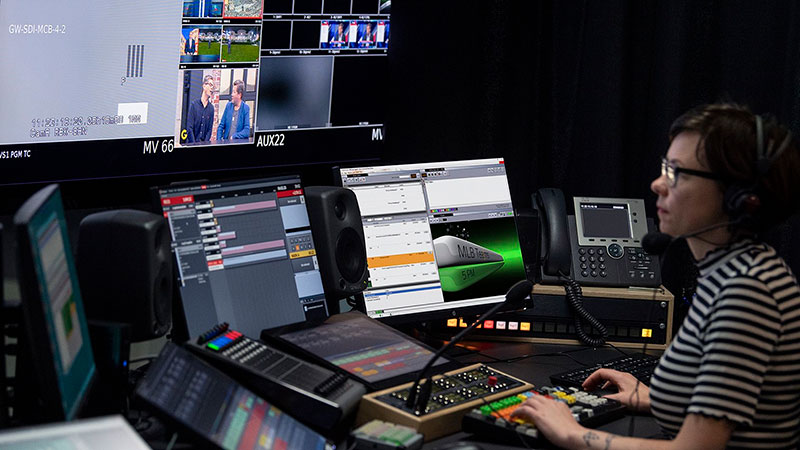 The GVMU allows media companies to use on-premise equipment – such as switchers, cameras and asset management tools – and combine it with cloud systems to build live production environments that suit current demands and also adapt to future needs. As media companies continue to scale their supply chains to distribute content to growing international audiences across varied platforms, Grass Valley will also use AWS’ secure, globally available infrastructure to meet the demand.

The cloud-native production and playout platform AMPP now includes full support for the NDI video-over-IP protocol. In theory, this adoption makes a complete end-to-end integration possible for on-premises and cloud workflows that cover the entire functionality that a modern software-based media enterprise would require.
For example, with NDI as a part of the AMPP infrastructure, an almost unlimited number of signals can now be routed anywhere in the world. AMPP will be able to support graph-based signal flow manipulation, including provision for signal telemetry, routing, multi-viewers and remote callers.

“By supporting NDI within AMPP, we are broadening our capabilities to users that need the full broadcast NDI workflow -- routing, live, ingest, asset management, editing and playout,” said Andrew. “As media companies transition to software, cloud and IP based workflows, incorporating NDI will make it easier to adopt operating models that allow choice and more efficient, agile workflows.” 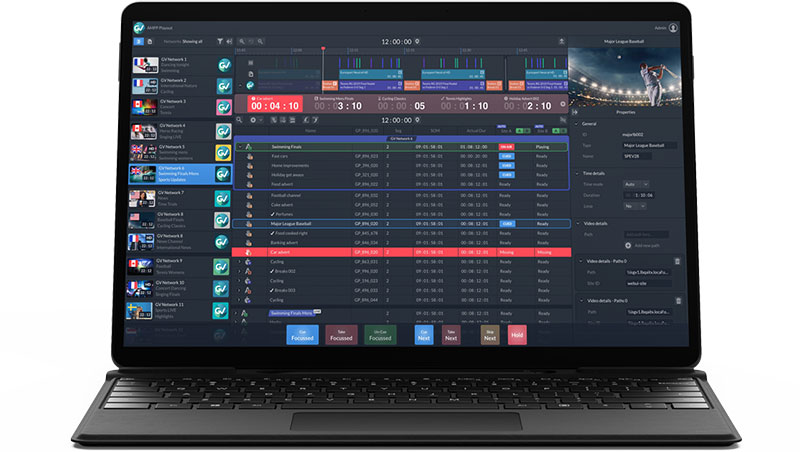 NDI in AMPP can be used natively with all AMPP applications, including the Live Producer, Master Control Switcher and the K-Frame production system. Audio mixing replay and ingest capabilities are integrated into a single platform. Users can manage NDI assets with a workflow for scheduling, voice-over, AI and an integrated quick-cut editor.

AMPP with NDI also integrates into Adobe Premiere, with support for growing files, and Playout support of almost all media onto NDI streams is also provided. Full integration with ST2110, SRT and SDI with end-to-end ancillary data and closed caption support is included. Having NDI integration into several of the remote calling applications including, Zoom Rooms, Microsoft Skype and Microsoft Teams, allows remote callers to be directly incorporated into AMPP powered productions. 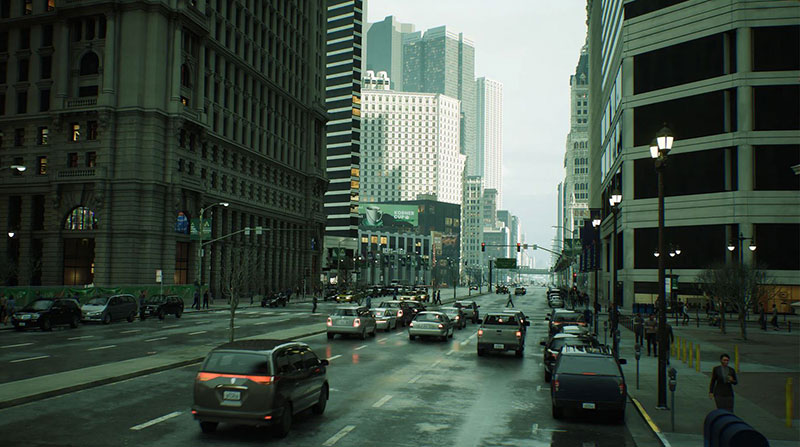 Unreal Engine is used most often across broadcast and live events, and more recently has also been adopted across film and TV, architecture, automotive, simulation, games and other projects. With full support for live production ecosystems, its efficient multi-display rendering feature gives content creators and artists opportunities for storytelling in immersive ways. Teams will be able to use Unreal Engine to build virtual sets, augmented reality elements and graphics into their storytelling, produced either locally or in the cloud.

Bernt Johannessen, Unreal Engine Business Director for Broadcast at Epic Games said, "This new integration allows companies and individuals to build video products on Unreal Engine that directly integrate into broadcast infrastructure that can run anywhere, on-premises or in the cloud.”

Another graphics company working with Grass Valley and AWS is Vizrt. Viz Trio, the Vizrt graphics playout tool powered by Viz Engine, can now be added as a module in the Grass Valley AMPP system for cloud-based live production and playout. Using the integration, users will be able to directly access, connect and deploy Viz Trio’s software via Grass Valley’s AMPP. 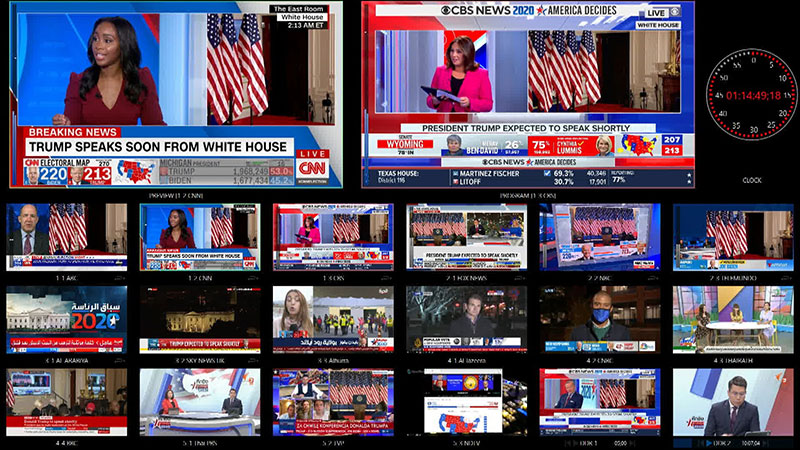 Viz Trio is also an NDI-native software application and will fit into NDI-backed workflows. Combined with the graphics from Vizrt through Viz Trio, new possibilities are available for customers to create, produce and distribute live content through the cloud.

Diversified has joined the GV Media Universe (GVMU) Advanced Channel Partner program. Diversified supplies design and consulting services to the M&E industry from over 50 global offices, supporting live production, archive and playback for news, sports, houses of worship, education and Fortune 500 companies. By extending the availability of AMPP to its clients, Diversified will also extend the reach of the AMPP’s commercial, integration and technical teams to build a path to the cloud for media companies.

Advanced channel partners such as Diversified have an in-depth knowledge of the GVMU and can give further design and technical support for customers who are new to cloud services. Diversified joins Advanced Systems Group (ASG), ES Broadcast and LOGIC Media Solutions as GVMU Advanced Channel Partners.

Kevin Collins, President, Diversified, said, “The media and entertainment industry has seen that cloud production is real and scalable. Now, our clients want to know how to use these new systems, understand the complexities and realise the return on investment. Diversified and Grass Valley working together in partnership can guide our clients to achieve optimum results.”

At the NAB Show press conference, Grass Valley announced it will no longer charge for Playout on GV AMPP, which makes it accessible to many more media and entertainment companies. The core AMPP Playout functionality will be available free to customers from 1 June 2022.

Andrew said he believes GV AMPP now has the flexibility and functionality to become a widely accepted operating system for media workflows. “Just like any operating system, there are some core capabilities that should be included because they are essential for most applications. We believe that Playout is one of these features and that it should not be a premium/chargeable feature,” he said. 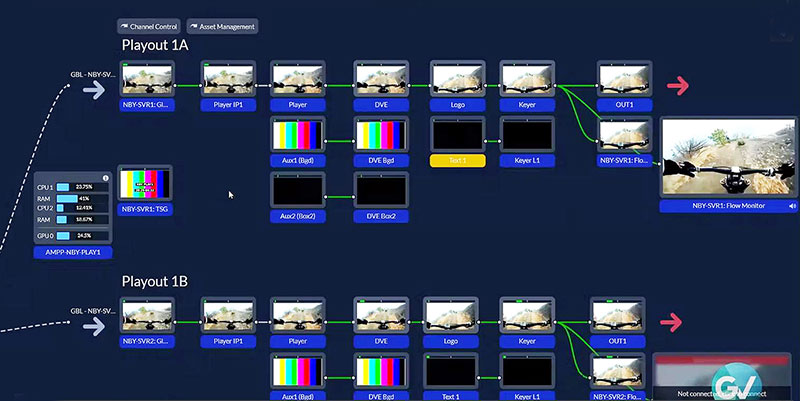 Media distribution today includes pop-up channels, feeds to social media, targeted advertising and ad hoc requirements for major events in multiple languages. AMPP Playout can cater to these requirements due to its flexible design and the ability to work both on-premise and from the cloud, as well as being deployed across a diverse range of configurations mapped to fit the customer's changing requirements. The agility of AMPP Playout gives Grass Valley customers the option to trial new types of live content without prohibitive up-front investment.

Neil Maycock, CMO of Grass Valley said, “With AMPP Playout available for free, users can use on-premise, cloud and remote systems within a unified production ecosystem to create and distribute content onto any platform, including linear television, online, streaming and social media – from anywhere in the world. This grows in importance as playout needs to be much more flexible than in the existing linear TV world.” www.grassvalley.com